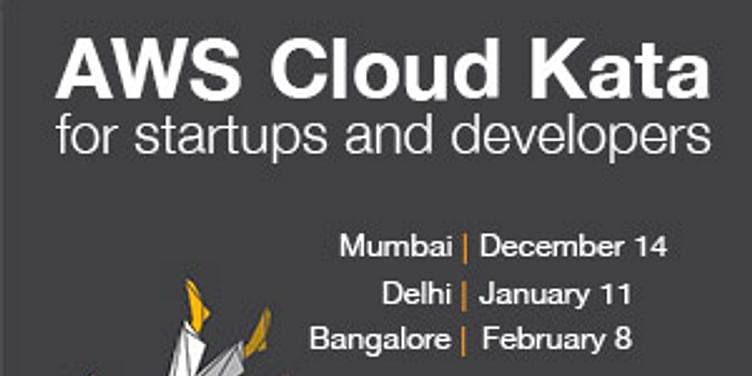 The AWS Cloud Kata Delhi session on how to leverage cloud to build and scale products and startups ended on a promising note. The day-long event was full of discussions as well as business and technical mentoring on the latest cloud computing best practices. The Delhi session on January 11 was the second in the AWS Cloud Kata Series organized in association with YourStory for the first time in India. Over 250 entrepreneurs and developers from all across Delhi/NCR participated in the session.

Siddhartha Chandurkar, CEO and founder, Shephertz, an AWS customer and one of the speakers at the session, said, “The rate at which new Apps are coming out in the market is phenomenal. If one were to depict these numbers over the last three years on a chart, it would surely look like a hockey stick. And to accommodate that kind of growth our platforms and technology solutions need to be agile and robust. Thanks to the cloud and AWS, we are now able to deploy and scale our solutions on the fly as the demand increases or decreases, thus optimizing our cost of operation."

Here are some quick facts from the event on the current AWS offerings and highlights:

Anshoo said that many product companies are coming out of India and cloud computing is playing a major role in them. Rohit pointed out that “Government initiative like Aadhar is opening up opportunities for cloud-based startups.” Companies like redBus leveraged cloud in a big way, stated Shailesh. All panelists were of the same view that cloud is very useful to every business irrespective of sectors and is not just an important factor to consider for startups but also for medium and large scale businesses.

The event concluded with the coding challenge where participants were given a task to setup a quick prototype solution leveraging as much AWS services as possible and the best participant walked away with an award.

The last session in the series is scheduled in Bangalore on February 8th. Register now to be part of this session.