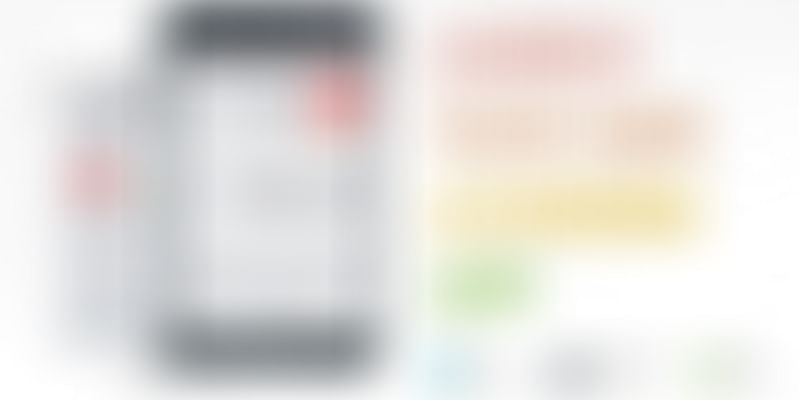 How is this for an elevator pitch:

Vedantu, started in October, 2012, enables professional training institutes, schools and universities, educational publishing houses or any teacher to launch their own education App and help them create a marketplace of their paid/free courses on mobile/tablet devices for students  increasing their reach and business.

Founding Team: A team of 4 IITians and a rockstar developer from IIIT

Previous Experience of the founding Team: Strong background in education and an understanding of how to scale up a startup. Sold the majority stake of first venture, Lakshya to a listed educational conglomerate MTEducare (NSE: MTEDUCARE) at a valuation of INR 300Million

Product Traction: Product still in beta, deployments with multiple clients in India and abroad. Paying customers from Europe and currently live with 3 companies in India. More than 20000 end users, on track to take the user-base to over 1mn+ in the next 18 months.

Sounds like an investor’s dream, doesn’t it? This is the kind of startup that Anand Prakash, Pulkit Jain, Saurabh Saxena, Vamsi Krishna and Ujjawal Misra are building.

Vedantu is the second venture of this team of IITians. Lakshya, their first venture, also in the education field, was started in 2006. At Lakshya, in their role as teachers, the founders taught and interacted with more than 10,000 students.

In the next six years, the operations of Lakshya were successfully scaled to over five locations with a team size of more than 150 catering to over 3000 students per year. Today, Lakshya institute is one of North India`s Top IIT and medical entrance examination training institute. In 2012, the team sold the majority stake of 51% to MTEducare at a valuation of INR 300mn.

It is this invaluable experience of running and successfully exiting the startup that is helping the team take Vedantu places.

“We had the opportunity to teach as part of Lakshya for almost five years which shaped our conceptualization of Vedantu. Four of us come with a very strong background in education and an understanding of how to scale a startup. We needed someone with a strong technology background,” says Saurabh, who looks after HR, Finance and Business Development.

It was then that Ujjawal Misra, a developer with over 8 years of experience, was brought on-board as the technology architect.

What does Vedantu do?

Mobile/tablet based learning is a strong trend which will clearly become mainstream in a few years. With prices of these devices dropping and internet penetration exponentially rising, students will heavily rely on mobiles/tablets for consumption of educational content. Vedantu is perfectly placed to disrupt here.

Most of the education enterprises have massive amounts of proprietary digital content but are unable to reach out to a larger audience by providing it on mobiles. Vedantu enables any educational enterprise to launch its own Education App on the iOS or Android app store. These can be professional training institutes, schools/universities, educational publishing houses or any teacher.

Through its Vedantu powered App, the Institute or teacher can launch marketplace of their paid/free courses on mobile/tablet devices for students - increasing their reach and business.

The app works in offline mode with a three-layer encryption to keep the documents and videos secure. Institutions can also use the App to generate detailed reports about the students. In addition the App can help recommend content, enable live tests and discussion, push notifications and announcements to the user. The publisher has the option of deploying in-App purchases, in addition to selling its own courses or distance learning programs.

Vedantu benefits the end-user by taking out several pain points. There is no upfront cost to the institute/publisher, and without investing in an in-house team the client can increase his reach, monetize his content and sell more, all this while positioning himself as a next gen player and brand.

For deployment to students within an institution, Vedantu uses a fixed-pricing model of INR 500/student/year. For students who would buy a course from the marketplace, the App does not charge anything upfront to the publisher, but takes a revenue share only when a sale is made.

Although a country where majority of the population gets access to internet via mobile first, educational institutes are still in the pre-mobile era mood.

“The product is global in application and we are already working with both Indian and European customers. The basic difference between Indian market and abroad is the awareness and readiness for such things. LMSes are very common in US/Europe universities and they are desperately looking for mobile solutions. For them it’s a matter of necessity, whereas in India it's still not a must-have. Indian universities don’t see value in investing in it and hence, still play around with free open source LMSes like Moodle,” Pulkit, co-founder, said about the issue.

To counter this Vedantu has already moved into International markets and are pitching their product to institutes who already use LMSes. For India, instead of taking per user cost, which clients are uncomfortable with, they have tweaked their business model and have gone into a transaction share model (which customers agree because it translates into generation of additional revenues for them as well).

Also in India, instead of dealing with universities, the team concentrates on professional training institutes and test-prep companies.

“A Europe-based fitness institute (CIF) was already using a famous LMS for its students, when they bumped into us at Websummit, Dublin, ( we were invited as part of top 100 tech startups selected from all over the world), and they liked the simplicity and capabilities of our product so much, that they instantly (within a week) shifted their entire base onto us. A commitment like this coming from a European customer was a huge confidence boost for us. “Career Launcher is a leading test-prep player of our country. After seeing our App, they readily agreed to launch their educational mobile App for a select section of students, for testing. They received such an awesome feedback that they decided to go ahead and launch an App for everyone with paid courses. At present, we are LIVE with CL App. “, says Vamsi, co-founder.

What’s ahead for Vedantu

An iOS version of the App framework is expected to be rolled out by April. The App is in closed beta so a global public release of Vedantu is expected around the same time. This will allow anyone to come and create their own customized Learning Apps through the system, across any platform.

Also, soon-to-be-released is an adaptive in-App content marketplace feature which will help the end users to purchase the most relevant content for them based on their strengths and weaknesses. This will help Vedantu’s clients to further upsell relevant content.

Vedantu has also brought on board Sriram Narayanan as CEO who was previously the VP of Strategic Alliances at Pearson education. Sriram brings in over 20 years of experience in technology and publishing domain to the board.

"I am very excited to be leading a team that has the potential to create disruption in the mobile education space. We at Vedantu are well-positioned to help customers realize their dream of 'anytime' and 'anywhere' access to learning!", says Sriram.

“We are having a lot of fun during this journey of ours and that to me is the best thing. What keeps us motivated is a dream that we want to create an educational technology product that impacts this generation in an evolutionary way, which gets used globally and people marvel at it,” says Saurabh.

“We started our previous venture from Patiala, a small town in Punjab (despite the fact that none of us belong to Punjab), for a simple reason; to bring about a change. We were amazingly successful in that. In 2006, there were hardly two-three selections in IIT-JEE from Patiala, and in 2012 there were 89 selections just from the city of Patiala. Imagine the transformation of their families, with their kids now getting world class education. As years passed by, and when we interacted with thousands of students and parents, we realized the power of transformation in education and we felt that we can be instrumental in creating a bigger impact and saw technology as an answer to achieve that end. We started our second venture in education for two reasons.

What really captures one’s attention when you meet the team members is the amazing clarity that they have developed in terms of the product and the vision, and this is what will drive Vedantu to greater things.