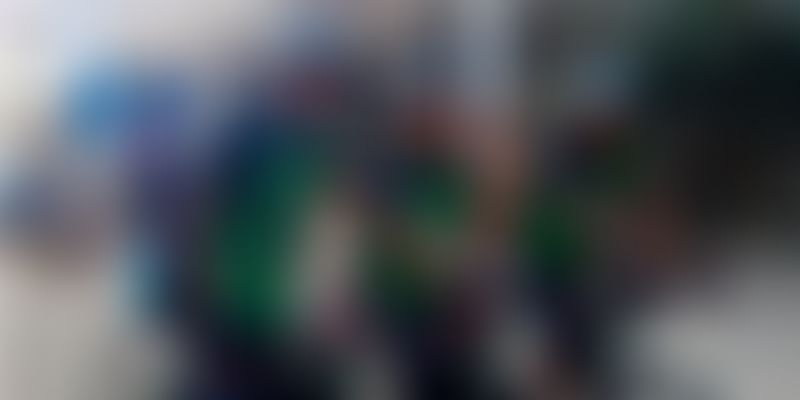 Niranth Bymana and Rajiv Singh go back a long way when they studied at the Army Public School in Bangalore. Life took them in different directions -- Rajiv did an MBA and worked with the likes of JP Morgan, while Niranth went on to become an Army officer after which he did an MBA from IIM Lucknow. But their coming together after a decade has a rather unique cause -- traffic jams in Bangalore!

Bangalore has grown at a rapid pace and this has given rise to a massive traffic problem. To beat this nuisance, there is now a growing cycling culture in the city. But unfortunately, it doesn't generate direct employment and this is where the two friends thought they could step in with CyclerCity, a bike messenger service. The company was launched in Bangalore last December and it basically allows a person to get anything delivered in the city at short notice. The benefits? You save time and the commute is eco-friendly, so you also help protect the environment. “Given the state of traffic in Bangalore, we felt that this city required a service where things can be sent across within a short time. We evaluated the feasibility for a few months before going ahead with it,” says Niranth. The service is already prevalent in the US and UK. The movie ‘Premium Rush’ made the concept famous as well.

CyclerCity is bootstrapped and employs 12 messengers at present who are all underprivileged youth hired through NGOs. They all have colour-coded customized cycles. “Our messengers are deployed in the areas which they know well. We also use a relay system whenever the distance is more,” says Niranth. The process to book a delivery is via a phone call or an online form and there is a fixed rate card. Starting from INR 70 for a package weighing 0-100 grams for 0-5 km to INR 330 for 1.2-2kgs for 15-20 km. “For corporates and those who want to use our service on a regular basis, we create custom solutions depending on their requirements,” says Niranth. CyclerCity has done close to a 100 deliveries till date.

“The journey so far has been very encouraging. In terms of business, some very large multi-national companies have approached us. We have a lot of freelancers and home bakers who have started working with us. As this is an eco-friendly initiative, we have a lot of people sending us mails of encouragement,” says Niranth. CyclerCity aims to consolidate in Bangalore and then move to other high traffic density cities.