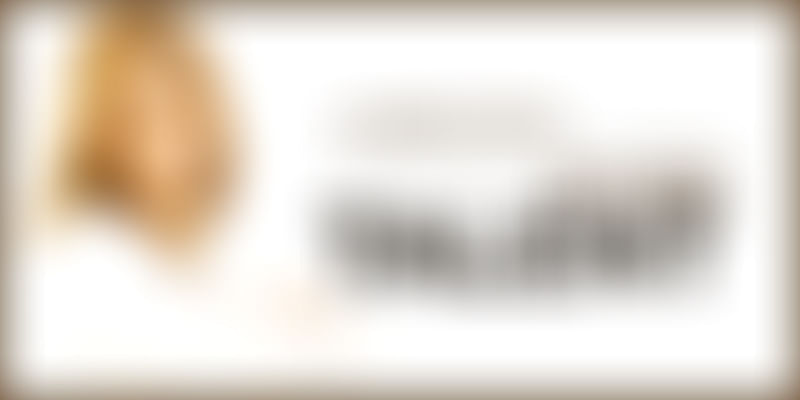 Her father is known as the ‘showman of Hindi cinema’, and has entertained us with blockbusters like ‘Khalnayak’, ‘Karz’, ‘Hero’ and ‘Ram Lakhan’ among others. But when Meghna Ghai Puri was ready to start her career, acting did not interest her. Meghna is a trained communication, advertising and marketing professional and has assisted her father Subhash Ghai in marketing his movies, ‘Pardes’, ‘Taal’ and ‘Yaadein’.

Although she stayed clear of acting, Bollywood is in her blood. So when Mr. Ghai decided to roll out his dream project of a film school, he turned to Meghna to take the controls. Meghna was recalled from the UK to assume charge of the affairs of what would become a name to reckon with in film education.

HerStory caught up with the heiress and President of Whistling Woods International to chalk her journey so far.

Meghna says she realised that she was not a creative person and therefore stayed away from all things creative. When one fine day her father shared with her his plan to start a film school and to put her in charge, it excited Meghna a good deal. “It was a conscious decision to make me the founder. My father said it doesn’t matter if you don’t understand anything, but I want you to be the first person there, so this should be like your baby,” says Meghna.

This was in 2000, a year later in 2001, Meghna returned home and as promised has been part of Whistling Woods International (WWI) film school since the day the foundation stone was laid. After that, for the next five years, Meghna along with the core team at WWI did a lot of research, visited several universities, colleges and film schools all over the world. She attended conferences at various film schools — not just to develop the curriculum, but to develop the architecture, rules to be set in the school, understand how college administration works and so on.

Next came the construction of the school, which took three years to complete. “The campus of WWI is really huge. We wanted to make it big because we remember the dean from one of the best film schools in the US told us that one of the things we will always struggle for is space. No matter how big you make the institute, you will keep launching courses, and still struggle for space,” she says.

To develop the curriculum, a large number of Indian and international experts were consulted and people from diverse fields were involved. Some of the names consulted to develop the curriculum were Shekhar Kapur, Manmohan Shetty, Anand Mahindra and Shyam Benegal among others. One validation of the syllabus developed by WWI is that the CBSE board contacted them to develop course material for the media studies subject that they wanted to introduce for students of 11 and 12 standards. WWI developed the course material and also conducted teacher training for CBSE board. “We developed the curriculum in such a way that creative arts, theatre and drama are all included in media studies. We don’t expect every student to be a filmmaker, but they should know how to appreciate films in the right sense. We wanted to inculcate that knowledge in kids,” says Meghna.

Started with a batch of 70 students, the WWI campus now has 400 students and over a thousand have graduated and are working in the industry. The school is already cash positive and had a turnover of Rs 18.86 lakhs in 2013. WWI was also named among the Top 10 Film schools in the world by ‘The Hollywood Reporter’ in its August 2013 edition.

Meghna says their students have achieved good success with getting jobs in the industry as well, and have been placed in companies like Dharma Productions, Disney, Yashraj Films and Phantom Films. The short film ‘The Rubber Band Ball’ made by their student Mohit Chhabra, (which is about a child’s quest for a playground in the concrete jungle of Mumbai) is the winner of Silver Dolphin at the prestigious Cannes Corporate Media & TV awards 2013, Gold winner at Deauville Green Awards 2013, France & City Stories Project 2012, London.

While today the school is well known and there is acceptance in the market, when they started out, Meghna says, they did face many challenges. Getting a good faculty was a big challenge. “For this kind of training you need professionals who are hands on and working in the industry, otherwise the students have no respect for you. So we have to get a really good balance of working professionals who can come and teach, though they have never taught before,” smiles Meghna.

Getting the best technology infrastructure was another challenge. They could luckily tie up with partners like Sony, who invested in putting a Sony media centre inside the campus. Sony has only three of these in the world – London, LA and now Mumbai.

Another big challenge was convincing students and parents themselves, who would earlier be very skeptical about the courses WWI has to offer. “It is very difficult to change the perception of an entire generation, to convince them to allow their child to come and study creativity. But now because our courses give student a BSc and MBA degree, parents are convinced,” says Meghna. WWI has tied up with Bharathidasan University in Tamil Nadu and Manipal University to hand out these degrees.

Today besides filmmaking, students can learn media, journalism, fashion and animation at WWI. They have entered into partnerships to expand their footprints to other cities and countries. In India, they have collaborated with DY Patil to set up a base in Pune. In the UK, they have partnered with Bradford College to set up a campus, and in Nigeria they have joined hands with Trend Media City to set up The African Film and TV Academy. “Trend Media is setting up a whole film city there. Nigeria is the biggest movie making industry, but their movies don’t release in theatres, it’s straight to video. There is a lot of talent, but no training institute there, so we are setting up a WWI there. Our philosophy has been to strike a balance between art, business and technology and the partnerships that we do are in line with those,” explains Meghna. Today, a good 15-20% of the students on campus WWI Mumbai are international students who have come in through the exchange programmes they have with film schools in other countries.Meghna admits the role her father has played in ensuring success of WWI. “If I had come from nowhere and tried to do this in the industry, I wouldn’t have succeeded. A lot of goodwill that my father had in the industry helped bring the initial board together,” she says. But she says having a big name attached to the school is sometimes a disadvantage too because people tend to think that the school probably teaches Subhash Ghai kind of cinema-making.

With her own sensitivity and style, Meghna has managed to make WWI a competitive as well as a satisfying workplace. From giving holidays on weekends, to having an open-door policy with employees, Meghna has managed to break a lot of traditional rules that govern the Hindi film industry. She is happy in her role and laughs out loud when we ask her if she ever plans to go back to a regular job. “I am not sure if anyone will give me a job. When we started I had a boss; I would report to my dad, but since the last few years I don’t report to anybody. Whoever employs me in the future is going to have trouble considering I may have authority issues,” she says.

Meghna thinks India is a great place for women to be in and work because of the extensive support system that exists here. And if women don’t work or stay busy, it is because they have created a glass ceiling for themselves. “We want to take a break, we want to have kids and enjoy that period. But for those who want to keep themselves occupied there are enough avenues to do so. Any form of work is fine, even if you want to bake cakes. Working is really empowering for a woman. A positive self-esteem is not only good for her but her family as well,” she says.