The story behind the makers of Wello, an iPhone case that tracks your health 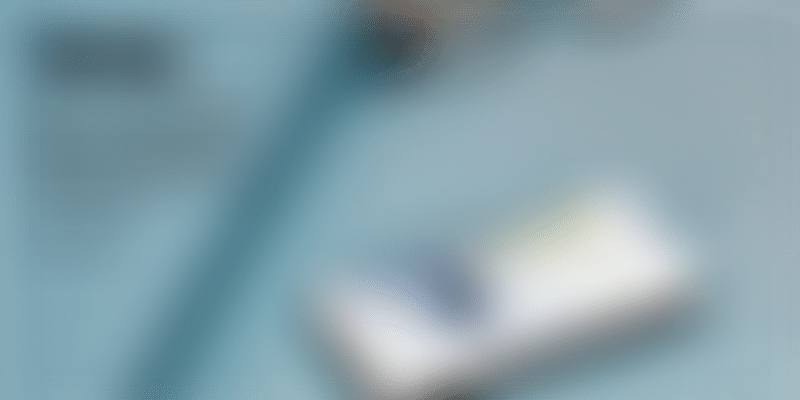 Wello is an iPhone accessory that created waves across the internet when it was launched on Friday. Wello is primarily a health tracking device that doubles up as an iPhone case. Why is Wello special? You may ask. Because it goes beyond being a basic health tracker. Priced at just above INR 12,000, Wello can measure your blood pressure, heart-rate, ECG and other such functions which were not considered possible for an individual to do at home. The device does not enter the diagnosis space but is a tracker, the results of which can be helpful while consulting a doctor.

Hailing from Ahmedabad, Hamish Patel is the man behind the device along with co-founder Ami Karnik. It was back in 2009 when Hamish founded Azoi targeting the consumer electronics space. The core team had an expertise in embedded systems and image processing and the initial efforts were in the media space. The journey was tough and the product they were working on became too complex but the earnings from this experience were very helpful. It gave them the necessary expertise to be in the hardware space.

One good thing for Azoi in hindsight is that they decided to register the company in Delaware, USA. We had earlier written about the benefits of registering a company in startup-friendly locations (more on this presentation) and this indeed proved to be beneficial for Hamish and team. "The decision was rather natural for us because we knew that our larger market would be in the US considering the space we're in and that has turned out to be right, says Hamish. A device like this can surely become very helpful in countries like India and Africa but from a business point of view, this device would be a lifestyle product in developed countries.

Experience in hardware and funding

For a startup, it is tough to survive in the hardware market because of high investment cost and scalability. Azoi has been working for a long time in this space and that has given them the confidence and expertise to thrive. They initially raised a seed round from angels in India like Pallav Nadhani and Abhishek Gupta of Seeders, Aloke Bajpai of Ixigo and others. Azoi then went on to raise another round from US-based investors as well.

"We know what is required, what the loop holes are, and how to get stuff done in the hardware sector because we've given it a lot of time and effort," says Hamish. Their initial product was the size of a printer and after multiple iterations (they also brought on a design team from NID), they were able to bring it down to the correct form factor. Given the kind of product, Wello hasn't had too many problems attracting talent and that is also a key reason why they've been able to sustain thus far.

Healthcare is one of the biggest sectors where technology is helping create an impact. Samsung's Galaxy S5 has capabilities to track health, but Wello takes it to the next level. The chip is embedded in the thin phone case and the sensors on top of it help the device to measure. The battery in the case is sufficient to charge it for two months and the app on the phone supports multiple profiles.

Devices in healthcare need to have a rigorous certification, and Hamish claims Wello to be of 'Medical Grade'. Wello has launched in 34 countries till now.

Wello has received a thunderous opening and the company aims to make it more comprehensive soon in terms of the number of things it can do. Azoi is a 40-member team mainly based out of Ahmedabad and Gurgaon in India. Hamish says that they are working on some more very exciting products, details of which will be revealed later.

Wello is a great hardware startup story coming out of India and this gives a push to many others who're trying to break through in the space. You can preorder the device here.