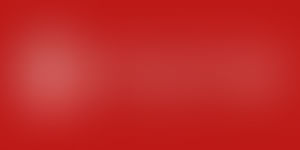 Safety is one of the most important issues faced by people today. Most incidents go unreported because of the reluctance of people to deal with the police. Even as in Bangalore the top police brass got into controversy, Gurgaon police has decided to go a step further but in the right direction by launching their app. The main purpose of the App is to reduce delay in action and also to provide the people of the city with greater coordination while dealing with the authorities."For everything, people mostly dial 100 and we start coordinating from that point onwards. But this app will give people contact details, phone numbers and emails of the beat officers, police stations, and district level officers, ensuring that the complaint reaches the right person in no time," said police commissioner Alok Mittal to Times of India.

The App lists contact details of nearly everyone you would require from basic police assistance to, child helpline, women and senior citizen helpline, traffic helpline, public helpline, phone numbers of all police stations in Gurgaon for instant reporting of the matter.

Also the public helpline and one click reporting of the traffic jams makes sure that you don't have to remember these numbers or even save them in cases of emergency.

"The app also provides a traffic helpline to users, in order to ensure that traffic-related complaints are received separately. This application is very simple and a lot of the features do not even need internet access. For the more detailed features, like sending a direct email to the commissioner of police or senior traffic officials, a normal 2G internet connection will be sufficient," added Alok Mittal.

The app has a very nice and intuitive grid based interface with a click to call feature for most reporting services. A clear priority has been given to functionality over form. Only features requiring internet access are email, access to the Facebook page of Gurgaon police and traffic police, which seems more like an add-on for the app.

Features that could be added

This is not really a negative point but would have helped if other emergency services like accidents, nearest hospitals, emergency trauma care and 108, would have been added to the app, thereby making it a complete emergency response system. As the app is available for Android and iOS devices, it would have been also been worthwhile if there was GPS integration and could tell you about the police station which covers the area where the crime/incident happened.

The app has been well received by people of Gurgaon and has managed to get over a 1000 downloads within a week of its launch and has received an average rating of 4.5 in play store

We believe the app will be instrumental in making Gurgaon a safe city and will help increase the public participation. The App can be downloaded from play store and iTunes store.