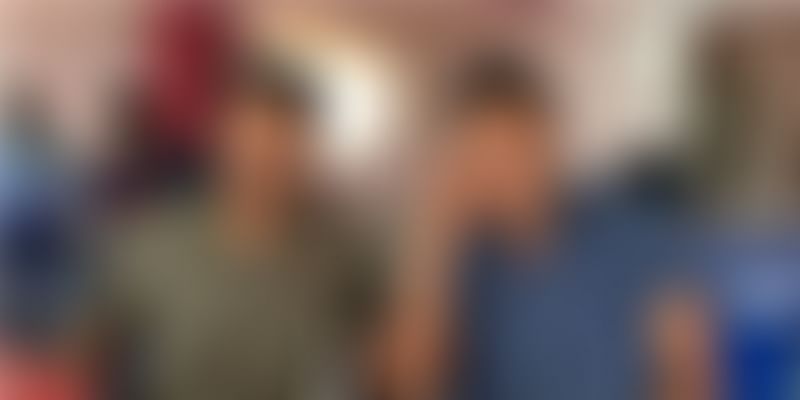 Ash Narain is a lawyer by education who went on to advise companies on their legal and capital raising requirements. Alongside, he started working on a pet project, BankerBay, a tool to connect PE firms with prospective deals. It was all being done manually and his idea was to form a small group on LinkedIn that’d help in simplifying the match making process. “I was happy with a small 20-30 people group but the response was great and we grew to 500 members very soon,” says Ash. He realized the need for something like this and decided to build an automated tool. He put together a small team in his Delhi house and started working on the product.

In November 2013, they had the first beta version ready. “Beta was noticed by top executives at leading financial institutions such as ING, Goldman Sachs, Virgin Investment Management, Abu Dhabi Investment Authority, Summit Partners, etc. and they all joined BankerBay and added their transaction and investment criteria,” says Ash.

One of the key reasons why this happened was because Romesh Jayawickrama, an Investment Banker with 18 years of experience, found value in the idea and came onboard as a co-founder. Romesh started his career with Nomura, London, and has led teams in London and Singapore. He has a profile with very impressive titles, including Ex Director of Equities, ING, and Ex Head of Equities, CLSA.

BankerBay is basically a deal origination tool used by private equity firms and investment banks to tally their capital and deal flow requirements with the most suitable prospects in the market. It’s like an Angel List (www.angel.co) for bigger deals (private equity, hedge funds, lending desks at banks, venture capital firms, family offices, institutional investors, fund of funds, fund of hedge funds, corporate finance boutiques, private banks and wealth management firms). The tool uses a proprietary match making logic to tally the investment criteria of buy side firms to the deal parameters of sell side firms. Based on matches generated, investors and lenders are introduced to companies seeking capital.

There are other players like Bangalore-based SMERGERS and a few other who’re trying this as well. “There are a few players but no one has been able to crack the market. The sector requires a lot of credibility and that is our key differentiator,” says Ash.

The BankerBay team has raised a capital at a USD 5 Million pre money valuation on a convertible note basis with notes converting at a discount to the Series A valuation with no valuation cap. The round has been raised from top executives from Nomura, Ernst & Young, Government of Singapore, Jefferies and other HNWI’s. The company is also in advanced stages of discussions with a Silicon Valley fund that will participate as a ‘greenshoe’ investor in this round to participate in the cap table and potentially lead the next round (intermediary round under $3Million). BankerBay is currently headquartered in Singapore and the legal team is working on flipping HQ and assets to a US entity.

Ash initially viewed the company as a finance company but the scale necessitated to look at the problem as a mix of technology and finance. And the technology of BankerBay found a firm pillar when Amlan Kusum Mandal, the Director of engineering at asklaila, decided to join BankerBay as the CTO. Talking about the move, Amlam says, “I’ve worked on, built and scaled three technology products. It was time to take up a new challenge and BankerBay fitted the bill perfectly. Finance technology hasn’t been cracked and the potential is huge!” says Amlam.

BakerBay has 5,300+ registered members and Ash tells us that Axial Market, the global market leader has 17,000 members and is a 5 year old company backed by Silicon Valley VC's. There have been over 550 transactions till now. At present, a team of 12 people, BankerBay focuses on the global market and with a good start off the blocks, plans to scale rapidly from here.