Devices and Services: Battle of Screens 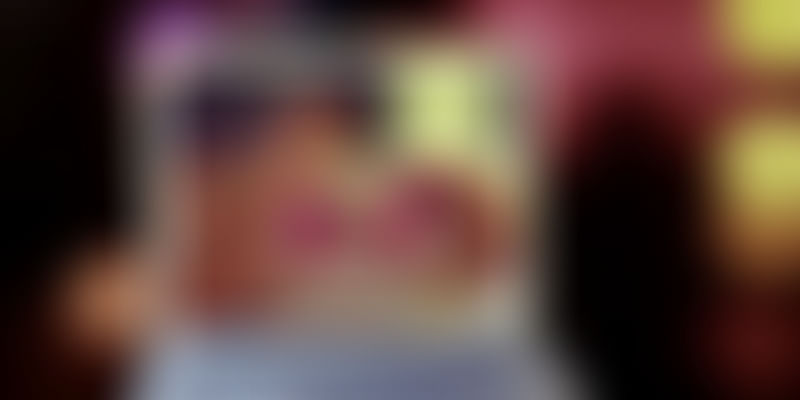 While I walk across the aisles of a leading electronic store, I am shocked, confused and yet Happy. In the midst of my prolonged thinking of the situation, I also convinced that ‘Mobility’ well complimented by affordable devices has taken over the consumer mind share. We are overwhelmed by the devices around us and the range is unbelievable. From a 4-7” form factor to 82” touch device, truly opens up a wide range of possibilities and usage scenarios. This is the age of interactive and NUI based computing, where entertainment rooms are dominated by Smart TVs and Control free gaming consoles attached to big screens are exhibiting unprecedented entertainment experiences.

The factor that attributes to new devices landing on the tarmac, is the drive to offer great end user experiences. Only time has to tell if and whether they take off to make an impact. However if they end up with an addressable market share, one cannot ignore the consumer base. At this point, we observe two patterns on the new set of devices being conceived. Devices which have the tag of a ‘Jewel’ and comes with high price tag, and devices which are tagged as affordable (‘<10K’ or ‘$150’). The range of devices in between definitely extends significant value, but falls short when it comes to adoption at scale. I am in no way indicating that the devices in the middle range are not adopted, but an indicative of the need of the hour, which is -> “Affordable, yet performant devices” (affordability defined by devices in sub 10K price range). Well! A peek into the device landscape on the range of devices available is an evidence on the proliferation of devices in the 5-10K price range. There are literally 40+ OEMs between 5K and 10K INR price band, followed by 25+ OEMs between 10-18K price band, 12+ OEMs between 18-35K price band and 6 of them for devices beyond 35K price band. This is a common scene for mobiles and tablets. Now with all these, we are clear on the 3 screens that a consumer would use through the course -> Mobile, Tablet and Laptop/Desktop PC.

Another segment that needs to be considered under the umbrella of devices is the ‘Entertainment & Gaming’ category. Microsoft (XBOX), Sony (PlayStation) and Nintendo (Wii) have considerable market share and continues to innovate on great experiences led by NUI. In the context of various screens that a user would spent time, the consoles (TVs) cannot be ignored and they qualify as the 4th significant screen. With this we have established 4 screens and what lights up these screens are the Apps or services. From a consumer experience standpoint, when a user navigates from screen to screen, it is absolutely fine to expect seamless experience (in a perfect world). However, while consumers rejoice such experiences, it is not an easy outing for publishers who build these apps.

‘Battle of Screens’ is more of an area to be dealt by publishers/developers who light up variety of devices and this is where we will focus to understand the complexity that exists today on prominent platforms like Windows, iOS and Android. It doesn’t stop here. ‘Wearable devices’ are making headway to the foray of gadgets beyond ‘Fitbit’ and ‘Nike fuel’ bands. At this point, it is too early to indicate but am sure OEMs & OS vendors will leave an open socket for pushing apps/services into these bands (natural expected path in the context of devices and services). While we have established 4 screens, wearable’s surely come into the foray as the 5th screen.

Now switching gears and looking at service enablement, below are the 3 prominent challenges for publishers

As a publisher what is desirable is to “Build once and run across screens”. This is not an unrealistic expectation but the actual need of the hour in how an app/service is expected to seamlessly light up devices. ‘Run across screens’ implies going cross platform as major step forward. We have moved on from ‘HTML5 vs Native’ debate and there is a consensus that ‘Native’ is the way to go keeping in mind consumer experiences. So when we refer to Cross Platform, it implies ‘Native’ in the context of a platform.

The biggest challenge of all in the online and app space is user attrition. This factor adds to the complexity when a user shifts from device to device. User consuming content (watching a video or playing a game or reading news) on a particular device on the desk, might shift to a mobile device while on the move. With this, the user context and the state has to be maintained to ensure user continues from the previous state. On reaching home, user might switch to the most desirable screen which is the television. In today’s world of gaming and entertainment, it is super critical to maintain states across the board, in which case, leads to user continuing to play the same game on the bigger screen. With the challenges indicated earlier in this article, it would be publisher’s nightmare to offer experiences that pan devices and platforms. I am not indicating that it is impossible today. We know for the fact that it is technically possible, but need significant time and effort from a publisher to make this happen. It is only prudent for technology vendors (including third party) to innovate and offer a framework or a platform that unifies development to marshal apps on target devices.

Each of the platforms namely Windows, iOS, Android and Blackberry offer Native SDKs but there is little or no native code portability that scales across 4 screens as indicated above (& hence no reusability).

First in the industry to bring in a model that helps publishers build one app targeting multiple devices is Microsoft. The concept of ‘Universal App’ was announced recently that helps developers build a common code to address apps for PC, Phone & Tablet. This model also helps one target iOS and Android platform via native footprints. The future direction on this model includes targeting XBOX One (entertainment and gaming console) too. The model addresses the grey areas indicated above on some of the challenges faced by publishers. Having a common code ensures the following

With a fleet of new OEMs venturing into mobility space (devices), the battle of screens will only intensify and technology vendors have a significant role to play in alleviating the complexities and technicalities while targeting multiple screens. Portability across platform is an area where integration will take place via third parties (Ex: Xamarin) who are innovating to bridge code transitions. It is time for ‘Platform Convergence’ to take place under the realm of each Native SDKs. Exciting times are ahead for publishers where they get to spend quality time on experiences ahead of technicalities of building for all platforms.