Did you read between the lines of Flipkart and Myntra deal? Entrepreneurs don't miss this 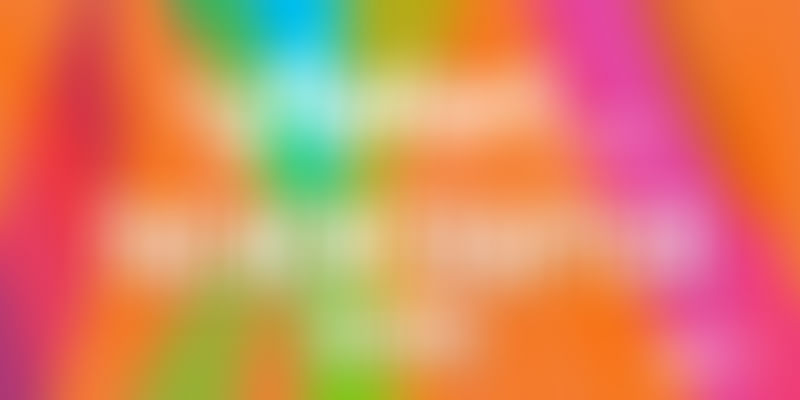 Before we understand what the merger of Flipkart and Myntra means to us, lets revisit the word ‘industry consolidation’. Industry consolidation is the process when a few companies start buying up other companies in the same industry and the number of competitors in that industry shrinks dramatically. The main goal of the consolidators is to grab market share, cut costs, boost productivity and improve investment returns through scale economies.

To us at YourStory, this deal raises a few pertinent questions:

We all know that the Indian e-commerce market is a very large one and touted to be at 20 billion dollars in the next three to four years. How come in a market so big, the opportunity for multi-players to grow and still chase the big numbers does not exist? Clearly, there is more at play than just the ‘addressable’ market size. It is also worth thinking, if a large market actually translates into a lucrative market in this space.

The average revenue per user could, perhaps, be a more critical yardstick to measure moving forward. Serial entrepreneur and Angel investor Ravi Gururaj, says, “Even hundreds of millions of funding does not insulate a venture from eventually having to face the profitability gods and stem the constant bleeding.”

Observing on the market potential, e-commerce veteran and investor Rutvik Doshi of Inventus says,"In most markets around the world Horizontal eCommerce has largely been a winner takes all (if not all it does take the lions share of the market). In India, so far Flipkart has been be the winner however the market still has a huge headroom for growth. Only 20 million users have transacted online out of the 150M+ online users. These 20 million users include those who have bought rail tickets too. Which means that the market in India is still wide open and it is too soon to declare anyone the winner."

Role of the Investor

In the very recent past, we have seen investors coming to active play when they have invested in e-commerce companies jointly. Case in point being:

Urban Touch & Fashion and You

Interestingly, it raises questions regarding behind-the-scene dyanmics and influences of investors in deals of these kinds. Active investor Anand Lunia observes, “Inkfruit raised money from SAIF when they already had a better-funded Zovi in the portfolio. It wasn't too tough to guess what would happen next. I think with the new government coming online, there is a danger that Modi could simply allow FDI in multi-brand e-commerce which would open the Amazon, WalMart, and Target floodgates. So the VCs seem to have said ‘enough is enough, let's get two of our biggest e-commerce investments consolidated so we can weather that storm better if it ever hits us’. Probably, the VCs are hoping for a huge bull run in the market over the next couple of quarters, which will make conditions conducive for an IPO earlier than expected,” points out Ravi.

Ravi further adds, “It will be interesting to see what true level of autonomy the Myntra team will be given. I bet they will say ‘it's a lot’ at the announcement, but behind the scenes I expect the actual integration levels will be very high and the Flipkart team will control the purse strings for the most part -- that's the only way the full benefits of this merger will be realized.”

Ravi Gururaj says, “When a bigger player with deeper pockets and equal, if not better, technology and matching, if not superior, brand power arrives on the scene, it's time to circle the wagons by consolidating all your bets for the fight to finish!” Rutvik adds, "Amazon has very deep pockets, mature technology platforms and learning from running eCommerce in various markets around the world. Even though Flipkart has the lead right now it will need superior execution to maintain the lead for the next 100M users. Flipkart is strong in non lifestyle categories and Myntra is strong in lifestyle category. If they don't join hands it will be a three way fight and there is a strong chance that both Flipkart and Myntra will lose to Amazon. By joining hands they have combined user base, and instantly build institutional expertise across all major retail categories."

While media reports speculate that Amazon is the trigger for the deal, let’s not overlook the fact that with so much money being pumped into this space, sooner or later the investors will start looking for returns. The honeymoon period of ‘burning cash to acquire customers’ cannot go on forever.

Anand Lunia says, “Investors will find the quickest path to exit once the stakes become too high. Investors still believe in things like the last man standing. Perhaps they think that generic horizontal play is the only one that deserves to be around in the long term.”

One key message that clearly stands out, according to Sarbvir Singh, MD of Capital18, is that, “Scale is very critical in what is a winner-takes-all market. There is no point in doing anything unless you have a long term vision and the resources (or the ability to raise resources) to realize it.”

Sarbvir sums up this space succinctly, “Capital is a key raw material in e-commerce; investors are not willing to burn money endlessly, they will force consolidation eventually.”

Entrepreneurs should be flexible. Both from a business model perspective (look at how Myntra or Snapdeal have evolved) and knowing when to fold/hold.

After a stage, it is in the entrepreneurs’ interest to diversify their shareholder base. This protects them in the long run. Whatever investors may say, in the end, they will act in their own interest. Entrepreneurs should not forget that and ensure alignment with at least some of the investors.

If you are not very capital efficient, it may be tough to stay independent, no matter how big you are.

The e-commerce boom is just beginning. It may not be a bad idea to help consolidate, and get back to the game again. It's very tough to be retaining control when one is spending lots of capital to build a market.

There aren't too many investors, especially in the race for the Number 1 e-commerce company. A differentiated profitable play may be an answer. Look at the number of listed e-commerce companies in USA. Money will flow into these companies. It may be time for yet another pivot.

It's very interesting to apply the Game Theory here. How come there are other profitable beverage companies despite giants like Pepsi and Coke? The word 'strategy' is associated with consultants, but it may have a role to play.

As entrepreneurs, don’t forget even hundreds of millions of funding does not insulate a venture from eventually having to face the profitability gods and stem the constant bleeding.

With all the action happening, one thing is sure- Indian startup ecosystem is coming of age and is now no more a sector on the fringes. As Rutvik remarks, "I think it is great for the Indian consumer. Strong competition will drive innovation and the consumers will reap the benefits of superior service and great price."

Keep watching this space as we bring to you more insight from this merger.