India focused $600+ M Helion fund has made six investments this year, what's next? 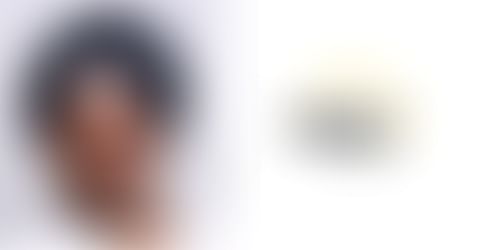 Helion Ventures Partners is a $605 million India-focused fund that was founded in 2006. It had raised the first fund of $140 million, followed by $210 million round in 2008 and the latest one of $255 million. It has some marquee companies like Pubmatic, Komli, redBus, GTT and Seclore in its portfolio and has been active in 2014 with six quick investment announcements:

1. Denty's: Helion invested INR 27 crores (~$4.5 million) in Denty's, a multi-speciality dental care chain. Started in the year 2009, Denty’s has served over 100,000 patients across all their 10 clinics in 5 cities in Andhra Pradesh and Tamil Nadu.

2. Yepme: The financials haven't been disclosed but Helion followed up its funding in Yepme, a Gurgaon-based online fashion store.

5. Toppr: A Mumbai based online education startup founded by Zishaan Hayath and Hemanth Goteti. Helion has invested INR 12 crores along with SAIF Partners.

Post these announcements, we got in touch with Kanwaljit Singh, the Co-founder and senior Managing Director at Helion to know more about their investments and focus sectors in the future. YS: Tell us a bit about the funding thesis and the number of investments you intend to make.

KS: It's been a very exciting year and we're at a stage where global companies are emerging from India. Frankly, there is no rocket science or formula that forms our investment thesis. There is a focus on the market size, the problem being solved, and other metrics, but at the end of the day, it is about the entrepreneurs. We see close to a 1000 companies every year out of which 70-80 make it to the shortlist from which we decide to invest in 8-10 companies.

YS: How have you seen the startup space grow? What kind of entrepreneurs are you meeting?

KS: Taking the macro picture, there were two predominant cycles. The first one was in 2005 when we had the whole 'India Shining' slogan going strong and there was high momentum. The general outlook was very positive but the recession in 2009 took away the steam. This led to the second cycle of a meltdown when the outlook was negative and most things were looking down. The trend has changed but even then, the situation is rather lukewarm. But with the new government coming in, we can expect some winds of change.

Talking in terms of sector, when we started back in 2006, there were two predominant themes -- outsourcing companies and mobile telephony/ VAS. These were the big sectors but over years these have gone down or rather evolved. And now, we see a lot of product play, global technology products being made from India. Mobile has moved to applications. A lot of technology is being used to solve some of the toughest problems in education and financial services, etc.

In terms of entrepreneurs, it is really heartening to see this new wave of optimism -- people are willing to take that leap of faith and entrepreneurs are targeting the global markets from day one. We're seeing a lot of first generation entrepreneurs with a high maturity level.

KS: We come in at around the series A stage. Once a company has some clarity and has a foundation, we invest anywhere from $2 million to $10 million. We are open to investing in companies across sectors. We are largely a tech focused fund and look into sectors such as enterprise software, mobility, consumer internet, tech enabled businesses and consumer startups.

YS: How aggressively are you investing this year?

KS: 8-10 investments in a year are what we usually do.

KS: Again, there is no rocket science here but talking about the two kinds of companies there are some fundamental differences. For a B2B company, it is very important for the team to have some solid sales and business development experience. And this is of course, once your product has a differentiating factor. As for a B2C company, it is important for the founding team to have a clear understanding of their target market and be good at marketing. They don't have to influence one-on-one meeting decisions.

YS: Interesting. For you personally, what is the motivation?

KS: Well, we've seen the startup ecosystem develop over the years and it has been an amazing journey. Now is the time when the startups are maturing and we'd be hearing some big success stories. Meeting new entrepreneurs and helping companies grow has been the drive and it is still what keeps me going.