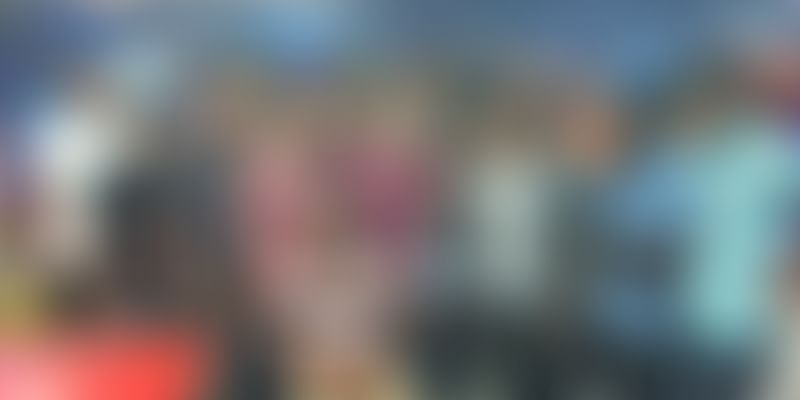 Hitwicket is an online T20 cricket strategy game built by Kashyap Reddy and Rishav Rastogi along with Rajat Singhal and Saurabh Maheshwari. Based out of Hyderabad and completely bootstrapped, the game has grown organically and has been acquiring loyal users.

The game has a steep learning curve, which is not something Indian gamers are really used to, but Hitwicket has managed to get more than 34,000 monthly active users and has also conducted 20 offline events where Hitwicket enthusiasts meet offline to share stories and tips to become better at the game.

We spoke to Kashyap to learn more about Hitwicket's growth:

YS: What has your user acquisition strategy been?

KR: Primarily Facebook ads and user invites. User invites account for 70% of our user base which indicates that growth has been organic. We noticed that Hitwicket is particularly well visited from pockets, signifying that it grows very well among circles of friends. This explains the activity from university-towns like Vellore, Thanjavur and Manipal.

YS: How did you begin? Tell us about any hurdle you had to overcome.

KR: Our initial users were friends and family. We pretty much knew each of our first 200 users by name. The biggest hurdle was that the game by its very nature is significantly different from what users are used to playing. Hitwicket is a strategy game which you play for months and years. That of course, takes a while to get used to and we saw plenty of users quit very early. We introduced a good tutorial system after which we started retaining a much higher percentage of users.

YS: How big is social a part of your strategy? Also tell us about the offline push.

Personally, we have become friends with college seniors we'd never met while studying because of the game. The user run Hitwicket Facebook group is particularly active with over 15,000 members and 3,500+ photos uploaded. The Forum too is super active with thousands of posts every day. (Reference)

There are several popular online games out there, but the experience of physically meeting someone new through a game is a very rare thing. In an age where it’s hard to retain a user’s attention for 10 min, to get them to take the time and effort to attend meetups has been our most cherished success. 20 offline meetups have been held so far in Hyderbad, Mumbai, Chennai, Bangalore, Delhi, Kolkata, Patna, Kochi, Vadodra, Vellore and Pune.

YS: What is the current traction? How many users have a paid plan?

KR: 34,000 active users from all over the world. USA and Indonesia have a big user base apart from India. We’ve started to make a big marketing push in Bangladesh and Sri Lanka now. Our Android app is scheduled to be released this week; we expect the user base to grow rapidly after that.

We will reveal the number of paid users at an appropriate time.

YS: Share a few lessons from building a community.

KR: We are a 4-member team and there is very little time to spare after the regular coding and operations tasks. But we realise that the community is as crucial as the Match Simulation Algorithm itself!

So we gradually started making more time to spend on the Forums and interacting with users to find their pain points. We are trying to build a virtual world and often game updates tend to rub at least one section of the users the wrong way. The most important thing is be patient and extra active in the discussions in such cases. Our user’s feature requests have been a great source of inspiration for a majority of the features in the game.