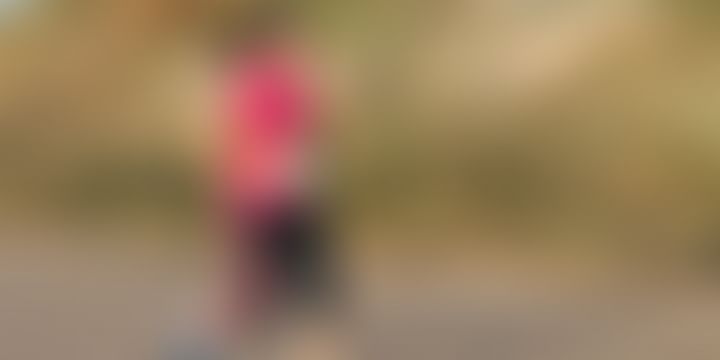 Kavitha Iyer Rodrigues’ biggest inspiration and guiding force has been her mother. Kavitha’s mother was polio-stricken when she was six years old, and was home-schooled for the first four years. Shaking aside the disability, she took life head-on and completed her studies. After marrying a chartered accountant (CA), who she met while interning at his office, she went onto complete her chartered accountancy too. Her mother played a very important role in building her self-confidence.Growing up in a traditional Tamilian Iyer household in South Bangalore, the standards for academic achievement was set high early on for Kavitha By those standards, she has done exceedingly well for herself.

Kavitha is a serial entrepreneur who has co-founded two biotech companies, was the only one of seven women who made it to ‘Fortune India’s’ ‘40 under 40’ 2014 list. And that’s just professional success. She has been dynamic on the personal front as well. She has run multiple marathons, is an amateur painter, acted in plays, and displays many other talents.

Kavitha comes from a middle-class joint family with a floating population of 12 relatives at home at any given point in time. With both parents working full-time, she grew up spending lot of time with her grandparents.

Growing up in an environment where there was huge pressure to perform well academically, she did not disappoint, winning medals and being awarded distinctions throughout school, and later on, both at college, and while doing her executive MBA program at Indian Institute of Management (IIM), Bangalore. After school, even though she got an MBBS seat, she chose microbiology and decided to do a BSc instead because it meant that she had more time to pursue art.

In Bangalore’s Mount Carmel College the gawky teenager’s personality bloomed into a young adult. She attended most cultural festivals, travelled, trekked in the Himalayas and took part in numerous social and cultural events. “I had no inkling that I would become an entrepreneur one day. I had thought I would do a PhD from the US! I even got into an MPhil program in Wuzburg after my masters at KMC, Manipal.

KMC days were fun. As it was part of a teaching hospital, this meant that I also got a paramedical masters,” says Kavitha.

Love for sport and fitness:

Other than academics, she also excelled at sport, joining a gymnastics club when she was just seven years. In addition to gymnastics, she also pursued athletics and swimming competitively. “This meant long hours at practise and bunking school, which resulted in a lot of attention that I loved. I was the gawky one, so I relied on sport and loved books,” says Kavitha. Her pursuits lead to gold medals in gymnastics at both the State and National levels.

She attributes her go-getter attitude and being driven professionally and personally to having engaged in competitive sports when she was fairly young.

That love for sports and fitness has continued. After having taken up running seriously only in her early 30s, she participated in multiple marathons. Not just happy participating, but competing to win, she has finished on the podium at the Kaveri Trail Marathon, 2012, and Bangalore Ultra, 2010. “Running marathons is therapeutic. The distance gives perspective and sense of freedom that is unparalleled. It’s definitely a lot easier than running a startup,” she exclaims.

To relax, she practices Tai Chi, paints using water colors, does ceramic art, and loves theatre (she even acted in a few plays).

First job and the plunge into entrepreneurship:

After acquiring her Master’s degree, Kavitha went straight to work at Biocon, which gave her hands-on experience of working with a global biotech major. After

Biocon, she followed it up with stints at Millipore India, where she gained valuable experience not only in R&D but in project management and process development.Post that, she joined as project manager with a cross-functionality in business development at Avesthagen. While there, she completed a working MBA from IIM Bangalore, which gave her an understanding of how to run a business. This was the time when she and her colleague Sohang Chatterjee, saw an opportunity with process development in biologics and decided to launch an entrepreneurial venture. “Sohang and I decided that we could venture into something that we co-create and add value to. This is how we started Inbiopro,” adds Kavitha.

Her parents and husband were very supportive. Luckily, for some of the tasks she had support in-house; her mother — who besides being a C.A also teaches at institutes like IIM-B — became the financial consultant and advisor.

Inbiopro was launched in 2007 with Aditya Julka, a consultant from McKinsey joining Sohang and Kavitha in their entrepreneurial journey. The biotech firm, which focused on bio-similar development and process development services, was lucky to get a $1.5 million (Rs. 6.5 crore) investment from Accel Partners, which helped them set-up their laboratory, make crucial hires and invest in R&D. After four years of growth that led to many successful partnerships with major pharma companies like Lupin and Panacea Biotech, they sold 70 per cent majority stake to pharma major Strides Acrolabs in 2011 that ensured an investment of Rs. 65 crore over a three-year period.

After exiting Inbiopro, Sohang and Kavitha launched Theramyt Novobiologics in 2013 with a focus on bio-similar to bio-better development that combines drug designing with platform technologies. They raised Rs. 27.5 crores in funding from Aarin Capital, Accel Partners, IDG Ventures and Karnataka state government-backed KITVEN last October, and inaugurated their new lab facility on January, 2014.

Kavitha, along with Sohang, is now focused on making Theramyt a bigger success than her previous venture.

Kavitha states that the main challenge she had while setting up her first enterprise Inbiopro was having a kid and running the company at the same time. She attributes being able to deal with this stressful time to the love and support from her husband Nestor Rodrigues, her family, and mother-in-law. “Considering Nestor is a very hands-on dad definitely makes the whole role-sharing responsibility easier to meet. My parents and my mother-in-law play very significant roles in my support and value systems,” recalls Kavitha.

She also states that with regards the company, being VC-invested at the early stages was a big boon and this was definitely a big step for Inbiopro. This helped them leverage from the initial contracts that they had with pharma majors to become revenue generating from the second year itself.

You’d think that after all these achievements Kavitha would pat herself on the back, and say ‘that’s a job well done’. Instead, she points out to an area where she feels like she has under-achieved. “As a Tam-Bram family the focus while growing up was that of academia — so it still stings me that I don’t have a Ph.D,” points out Kavitha, as she continues to set high standards for herself. Her best, perhaps, is yet to come.