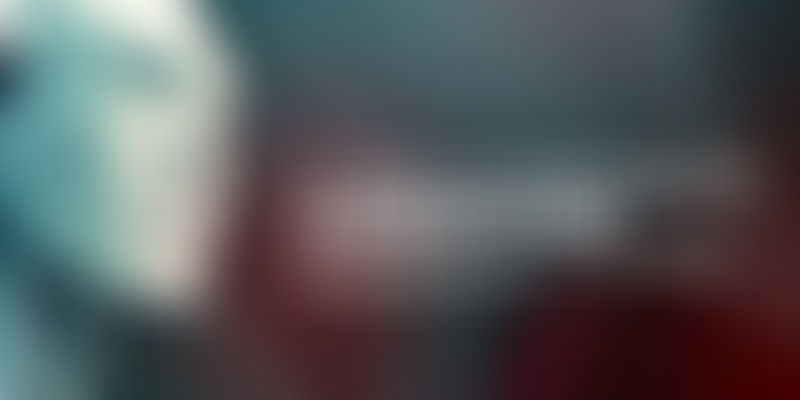 Is jugaad the enemy of scalable innovation? According to Zenia Tata, Director, Global Development and International Expansion at XPrize Foundation, it certainly is. This may come as a surprise since jugaad, or the Indian way of innovating with little resources, is being exported to the rest of the world as a frugal means to inventing something new.

To be sure, Zenia is not against frugal innovation, but rather quick fixes like hackathons, which she believes provide limited value. Reflecting the XPrize philosophy, Zenia’s worldview of innovation, is that it should be exponential rather than incremental. “Jugaad’s real value is in finding a quick fix to a small, sometimes personal, immediate problem. Whereas I do believe that small can be beautiful, such solutions are not always able to scale efficiently and quickly,” says Zenia.

What this means is, it is not about designing another clean cookstove or an affordable water purifier. But rather to find an innovative way to capture, harvest, desalinate and extract healthy water from non-potable water, thereby impacting millions, and in the process creating a whole new industry.

In an exclusive interview with SocialStory, Zenia Tata spoke about bringing XPrize to India, its first office outside of the US. The move is primarily to use it as the global testing ground to design and launch incentive prizes that create solutions to positively impact humanity under its ‘global development’ prize category.

Zenia has over two decades experience as a development professional and has worked in close to 20 countries with various organizations and central governments.

Founded in 1995, the XPrize Foundation has always had stratospheric ambitions. In 2004, the foundation awarded the $10 million Ansari XPrize, to Scaled Composites for their craft SpaceShipOne. Built by aerospace designer Burt Rutan and bankrolled by Microsoft Co-founder Paul Allen, they became the first private team to build and launch a spacecraft capable of carrying three people to 100 kilometers above the earth’s surface. This single act privatized space travel. Prior to that governments were the only ones with the means to go to space.

A new industry was born, one that is worth billions today. Buzz Aldrin, the second person to walk on the moon, called it “…one giant leap.”

Other than use the India office for global development, the foundation is focused on four other prize groups: energy and environment, exploration, learning, and life sciences.

The eventual goal for the global development prize group is to launch a group of prizes that collectively will improve the lives of over a billion people by 2020. “After we prove success in India, we will look at Ghana as a gateway to Africa and then go to China,” says Zenia.

In India, where XPrize has been active since January 2014, Zenia will focus on two areas, building community and content. On the community side, this includes building an ecosystem of experts, innovators, investors, corporates, academics, administrators, student bodies and alumni networks. On the content side, Zenia and her team will scope out global development related problems and come up with three to five ideas, through ‘visioneering’ workshops.

The workshops attract opinion makers, innovators, subject matter experts, industry veterans and researchers who try to understand market failures, user needs and problems to determine whether there are opportunities for XPrize to bring its funding mechanism to the sector. The workshops focus on different problems. In April, for example, there were two workshops conducted in Mumbai, which focused on clean water and food fortification. By next year, the number of ideas will be pruned to three, the challenge designed and guidelines set. “We are good at defining the problem that is broad enough to lead to innovation and achievable results,” observes Zenia. While the main focus will be on the global development prizes, Zenia is not ruling prizes in other categories, like solar energy storage equipment, which could have huge applications in India.

Zenia says there are many reasons for XPrize’s interest in India. For one, there is already a lot of buzz: 55 per cent of social media hits are from India. Some of the vision circle members like Naveen Jain, Paresh Ghelani and Ratan Tata were convinced that India could benefit from the Foundation’s presence and in turn XPrize could leverage India’s intellectual prowess. They have been instrumental in investing the initial funds for the prize in India. The investment is expected to run into a few millions of dollars. “We are the catalysts and India is the perfect incubation ground. There is tremendous youthful energy and tech savvy individuals who understand the scale of the problems. We are speaking to a lot of potential partners, IIT being one of them, as well as a few large corporations but it is too early to talk about any details,” says Zenia, aware of the challenges with scale and expansion.

Zenia is of the opinion that in the future, there is tremendous capacity for large innovations in high science and high technology to come out of India. XPrize’s role is to catalyze it. Zenia feels that in India many different ways — like charitable organizations, social enterprise and impact investment — have been tried to solve its social and development problems. “X Prize is something audacious, yet achievable. We are talking about exponential leaps forward, the development sector is ripe for these exponential leaps; it is time to leapfrog. Without exponential development, you won’t reach scale. Development problems need tremendous scale. Linear slow solutions are working but not reaching scale. I know that there is no silver bullet; there will be multiple failures and successes. We are not looking for a magic bullet,” adds Zenia.

The guidelines for the global development prize category that are currently being designed will focus on being affordable, reaching the last mile, scalability and the ability to transplant innovations from a place like Mumbai to Manila.

About the XPrize Foundation:

XPrize is a creator of incentivized prize competitions and hands out prize purses worth millions. The Foundation has two main goals. Tackling large problems and coming out with solutions that are not just incremental but exponentially better, like the creation of 135 MPGe (miles per gallon gasoline equivalent) energy-efficient car, or radically new, like the SpaceShipOne. Secondly, in the process of assembling multiple expert teams vying for millions of dollars that produce new innovations, it strives to unleash creativity that will spawn new industries.

On its board of trustees, it has several visionaries and innovators with a high pedigree, including Elon Musk, Ratan Tata, Larry Page, Arianna Huffington and James Cameron.

In addition to global development, the other prize groups it operates in are: energy and environment, exploration, learning and life sciences. Other than the Ansari XPrize, there have been four other prizes in the past. The active XPrizes are Google Lunar XPrize, Wendy Schmidt Ocean Health XPrize, Nokia Sensing XCHALLENGE and Qualcomm Tricorder XPrize.

Indian teams are represented in a few of the competitions, including the Google Lunar XPrize, Wendy Schmidt Ocean Health XPrize, Nokia Sensing XCHALLENGE and Qualcomm Tricorder XPrize. Team Indus which is participating in Google Lunar XPrize was one among five teams that are eligible for the milestone prize that has $6 million up for grabs. Out of the 32 teams that began, only 18 still remain in the competition. The Bangalore-based team Indus has no prior experience in the aerospace industry.

Danvantri, a Chennai-based team, which is competing in the Qualcomm Tricorder XPrize is making a hand-held healthcare device that can measure blood pressure, oxygen saturation, temperature, ECG, and blood glucose, and the device connects via Bluetooth to a mobile phone.

The XPrize’s arrival in India could unleash plenty of entrepreneurial activity and the creation of a few new industries.