Pune-based TripHobo raises over $1 million in Series A funding 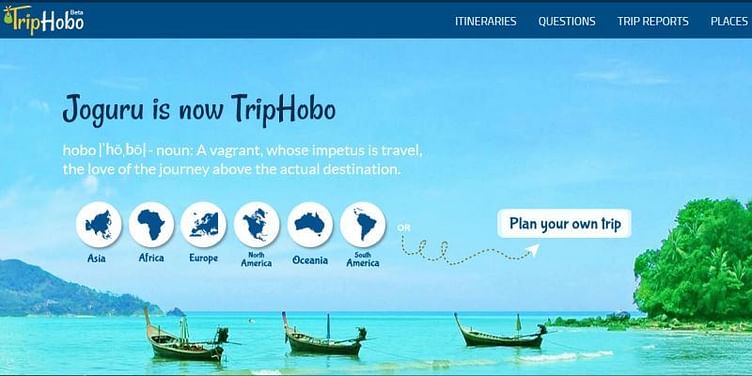 TripHobo, formerly JoGuru, has raised an undisclosed amount of Series A funding (rumoured to be over $1 million) from Kalaari Capital. The funds would be used to scale up the platform and increase the number of itineraries and destinations and also to build native mobile apps. Vani Kola, Managing Director of Kalaari Capital and Sumit Jain, Principal of the fund, will be joining the board of TripHobo. The firm had previously raised $400,000 from a Pune based angel investor.

Vani Kola says, “The travel industry is ripe for the next era of innovation and TripHobo is perfectly placed to capitalize on this. The platform is intelligent and the team understands travellers leveraging online services to plan and book their travel. We believe TripHobo can be the next big global brand from India and are truly excited to partner with them”

TripHobo was founded in 2012 at Pune by three MBAs in Marketing – Praveen Kumar from IIM Lucknow, Karthik Ramachandra from IIM Indore and Saket Newaskar from MDI Gurgaon. The objective was to simplify the research and creation of the itinerary along with social features to keep your friends circle involved.

TripHobo claims to host about 25,000 itineraries created by its users and a 300 per cent growth rate in the number of monthly unique visitors to reach 1.5 million. The itinerary planning and optimization feature is available for over 180 cities worldwide. As per sources, the plan is to scale up the number of user generated itineraries to more than a million, covering 3000+ cities. Currently about 70% of the user traffic is from the US and Europe, which was also a major driver in them re-branding from JoGuru, since that name is not understood well by non-Indians.

In the last few months the site has added many new features, some of which are listed below. A user can click “add attraction of your choice” any location, hotel or apartment in the site, to be included in the itinerary, say, an AirBnB apartment that you would be staying at during your travel. Secondly, transportation options from getting from point A to point B are also added, so that you can select the desired option from among the available ones. Lastly, via a tie up with Booking.com, hotel recommendations are also provided based on the proximity to the places in your itinerary with the aim of minimizing the distances travelled.

TripHobo has been focused on differentiating itself from various other portals by providing rich logistics information to the users. All of these preferences – reducing travel time between attractions, using logistics information such as opening and closing times, recommendations – will be utilized by the ‘trip optimizer’ to recommend the best possible itinerary. The site plans to monetize the content through various means – 5-15% of commission if the booking is done via the site and so on.

The next phase of TripHobo’s journey is going to be focused on scaling user generated content exponentially and creating the business tie-ups for setting up the referrals and recommendation engines in order to monetize the platform.