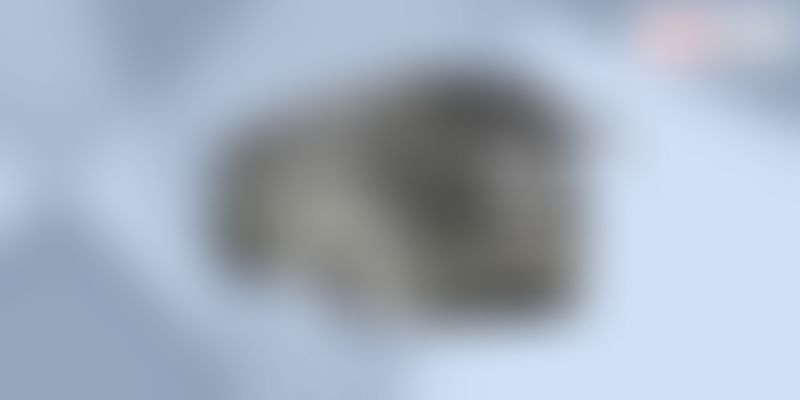 When you work for a startup where things are very vibrant and there is continuous learning, it is not surprising for you to think of starting up yourself. And that is exactly what happened with Abey Zachariah.

Abey handled bus operator relations at redBus and after working for the company for five years, decided to move on and start Adloc – a location based advertising engine that delivers advertising inside buses. There are five other co-founders besides Abey – Nithin Chandra, Mahesh Herle, Mohit Maheshwari, Anand D K and Charan Shetty, who came together to start the venture in May 2012. Abey says that they are working with brands like Coke and IDBI and delivering 1.2 lakh unique views to advertisers playing on the Adloc platform.

YourStory caught up with the founders to discuss the venture.

Adloc has developed a proprietary technology platform that is currently placed in multi-axel Volvo buses. The technology platform consists of a TV screen, a box called BusyBox fixed on buses that is connected to a cloud-based reporting system and a dashboard that resides at the client end that tracks real-time ad serving.

Abey worked at redBus for five years before venturing out on his own. Abey's redBus association beganwhen he encountered problems while trying to get a ticket to Kerala. To find a solution to the problem, he started talking to bus owners and telling them that he could help them sell tickets in an organized manner. So when he heard of redBus, he met Phani and the rest is history.

While today Adloc is an ad-serving platform, they started off with the intent to solve the problem of entertainmentin long distance buses. “We thought to build a subscription model, but after experimenting for a couple of months, we realised it would not work,” says Abey. Once realisation dawned on them, the team worked on the current business model and today has an ad inventory of 100 buses plying in Bangalore, Chennai, Hyderabad and some reaching upto Mumbai.

Adloc ad engines are on the cloud and the Busybox (the proprietary hardware developed by Adloc) that is installed in buses is connected to the cloud. The BusyBox is equipped with GPS capability, which makes it possible to do geo-targeting of buses on any route, like those coming into Bangalore from Mumbai or Goa. “It is also possible to create something only on the Bangalore – Hyderabad sector, which can be done through the geo fences that we create. Geo fences allow ads to be placed on location, timing of the bus etc. The console at the advertiser’s end, helps them see how the ads are playing,” explains Abey.

Ads served on the Adloc platform is billed on a per person basis. So say the Bangalore-Mumbai route has50 buses, but on a particular day only 25-30 buses are running, then the client is only billed for that many buses. “After there is a confirmation from the box that the ad has been played, we will bill you. So in a multi-axle, which seats 49 people, average occupancy is 40. For one journey and for an ad play of 30-seconds, we will charge the client. Today we give about 1.2 lakh unique eyeballs per month, with 100 buses x 40 people x 30 days. A regular bus traveler travels by bus atleast once in three months,” Abey says.

Advertisers using Adloc get a virtual dashboard, login id and password and they can see in real time what is happening. So once the ad has been played, it reflects within a minute on the console, subject to connectivity. “Its like Google ads, there is a console, login id,password and analytics, all built in,” says Abey.

At present they have an inventory of a 100 buses and going forward, Adloc plans to add another 100 to the fleet. Abey says there are many startups advertising with them and while startups showed the initial interest, in the future he thinks big brands will take the lead. At present, the ratio of big brands versus startup advertising on Adloc stands at 50:50. Brands presently on the platform include Ola Cabs, Taxi4Sure, Stayvilla, Coca-Cola and IDBI Bank among others. “Branding is very important, but startups seem to be completely stuck on ROI, because branding is very powerful and startups need to understand that. This is like going on TV, and as the numbers grow, they will find the value in it,” reasons Abey.

Adloc mostly works directly with brands, because Abey says they seem to be more open to the idea of collaboration as opposed to media agencies. However he is sure that as their ad inventory grows, they will be able to work with media agencies, as they can offer the bulk numbers that agencies would require.

Abey says the GPS hardware they have built is software agnostic, and therefore can work with any number of brands and even integrate with the system of ticketing providers like redBus or YourBus. While Adloc will continue on-boarding clients and increase its fleet of private buses, Abey says they are also starting to talk with public transport bus providers. “What we are going to give is an ad platform, we have a model in mind which will be different from the model we have for private operators. So we are not going with an approach that the government will make money or we will make money. We are going with a product that is unmatched and that will maximise revenues for the property holder. They will get value and we will get value out of it. We are not going with a contract mode, we will be the technology providers,” is all that Abey is willing to reveal at this point in time.