How crowd-funding helped a movie director realize his dream? 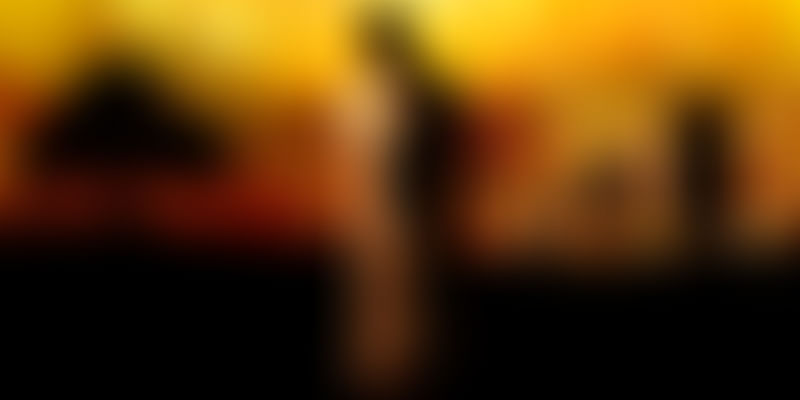 Crowdfunding has given wings to many dreams and it also came to the rescue of debutant director Pawan Shrivastava. Pawan is the director of Hindi movie ‘Naya Pata’, which portrays the life of an immigrant person who is originally from Bihar and moves to Delhi in search of a livelihood.

The story revolves around the life of the protagonist and his experiences in the city and the subsequent life he leads after retirement back in his home town. ‘Naya Pata’ has been made through crowdfunding which raised Rs 10 lakhs. It was released recently under the PVR Director’s Rare platform.

YourStory met Pawan to know more about how he achieved his dream.

Formation of the script

Formation of the script

Pawan says ‘Naya Pata’ started taking shape in his mind during his college days when he listened to ghazals and watched serious cinema such as the ones made by Satyajit Ray. “The movies and songs I heard led to the formation of some stories, dialogues, characters and visuals even in my head. These characters, visuals, stories were mine and it was my duty to tell them,” says Pawan.

Those stories and dreams moved to the background as Pawan went about living his routine life. He completed his degree in computer science and got a job in Mumbai. The Mumbai stint helped him revive his passion for movie-making, as Pawan started visiting Prithvi theatre and making contacts there. He worked for five years in Mumbai, but then quit his job in 2005 to return to Bihar. While in Bihar, he made three documentaries on social issues for different clients.

He returned to Mumbai in 2009, enrolled in a filmmaking workshop, met people and developed his movie script further. This time around he also had the opportunity to assist movie maker Nitin Chandra on a movie called ‘Deswa’. The ‘Deswa’ experience gave Pawan the much needed confidence to work on his own movie.

Making of the movie

Pawan says he penned down the story of ‘Naya Pata’ in just 15 pages. When he met some people to discuss the story and seek financing, he did not meet with much enthusiasm. “People told me there is not much plot in my story. But I thought a movie can also be made without a plot. In one evening nothing special happens in our lives, there is no plot but still there is a story,” he reasons.

Once Pawan realised that raising money through film financers would be tough he started approaching friends he had made in the industry who could work for him for free. And thus he put together his team of art director, cinematographer, director of photography and the rest of the crew.

The first corpus of funds came from Pawan’s brother and ex-colleagues who were encouraging of his passion for film making. “What I was making was rural cinema, it is independent cinema, which is evolving day by day. There are independent movies coming up these days, but those are still urban centric. In fact, in a debate on TV, Prasoon Joshi asked independent moviemakers like Anurag Kashyap and Srijit Mukherjee that though they are rebellious why aren’t they making rural-centric content? Urban content is safe; it has a market in the multiplexes. Whereas ‘Naya Pata’ was not like that, it didn’t have any good visuals to look at, nor were things flashy,” says Pawan.

Pawan nevertheless embarked upon his journey. He brought down his crew to Patna, they did a recce of the shoot location and uploaded pictures on the Facebook page created for ‘Naya Pata’. Pawan sent mails and reached out to people – known and unkown explaining the concept of the movie and the need for funds. He sent mails to 1,500 people of which 30-35 people responded and he managed to collect Rs 2 lakh before the film went on the floor.

While crowdfunding helped Pawan take care of the finances for the film, he was also lucky to have met people who encouraged him at different steps through the journey. One such person was his friend from Bihar who let him shoot the first schedule of his film in his house for free. Another friend from Mumbai gave him lenses for shooting at over 50% discount from the market rate. People from faraway lands like Australia and Finland sent money to help Pawan fulfill his dream.

“Within a few days of shooting the funds would get over, I used to talk to friends, post on FB and people would send money. Then I would send my friend to the city with the ATM card to bring the money and we continued shooting this way. People were contributing from Rs 500 to Rs 35,000. Because I was shooting simultaneously, it helped me raise funds because people were seeing online the progress of the film and how the funds were being utilized,” says Pawan.

Generosity continued touching Pawan when Pawan Sharma, an old contact for whom he had made short films, met him in Mumbai. Pawan had completed shooting the movie, but had to wait again to raise funds for post-production. He met several corporate organizations requesting them to be co-presenters for ‘Naya Pata’, but it did not yield any result. For four months after shooting nothing much happened until Pawan Sharma came along. “He was very inspired seeing the short films that I had made and he knew about ‘Naya Pata’ and how things were moving. So when I told him that I am still waiting for funds to do post production work, he very generously gave me Rs 2.5 lakhs and helped me complete the film,” says Pawan.

Luck smiled again when India Habitat Centre in Delhi let out their auditorium for free to ‘Naya Pata’ to do the preview screening. Pawan invited more than 500 people to the screening and among them was the top boss at PVR Director’s Rare who told Pawan they were willing to release his movie.

The entire ‘Naya Pata’ movie has been made on a lot of goodwill and Pawan does consider it to be a blessing. “My music director, sound engineer, and everyone worked on goodwill basis, they supported me. I have not paid them anything. As an individual I was doing many things, making the film, collecting money, setting up catering and everything for my film. So you need to have lots of patience, be ready to do anything and yes raising funds is always tough,” shares Pawan.

From the time he put down his idea on paper to the completion of his film, it has been a long journey of four years. This is, however, less than the 17 years that filmmaker Imitiaz Ali took, and 13 years that Anurag Kashyap took to make their first movies, and that motivates Pawan to do better. “Things have been comparatively easier for me, but yes there are still many hurdles that I have to overcome as an director,” says Pawan.

Unlike a startup where there is continuity in what an entrepreneur does, Pawan’s maiden venture has reached fruition. But as a director, ‘Naya Pata’ was only his first step. Pawan says he has already written the synopsis for his second movie and will start work on it soon. While crowdfunding will continue to be a source of funds, Pawan has decided that for the next movie he will seek at least 60% funding from financers, and he is optimistic that ‘Naya Pata’ will help lend him the credibility that institutional financers are looking for.