Magic Bus breaking the cycle of poverty, one child at a time 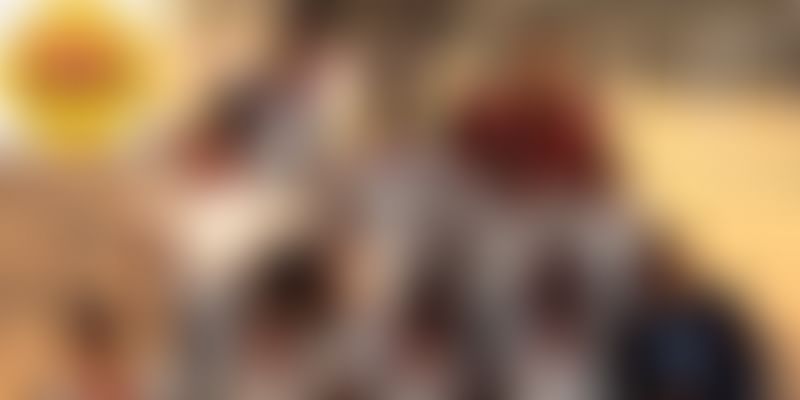 The true potential of mankind is an unimaginable force that can do wonders if harnessed. Humans have an innate ability to think and get better. As rightly said by the first African American President of the USA, “It’s only when you hitch your wagon to something larger than yourself, that you realize your true potential.” And that is what Magic Bus is all about. It is about breaking the poverty cycle, one child at a time, and transforming the world around children. It is about catalyzing change in communities and children. It is about creating ‘magic’, as the name suggests, all across the nation.

A young player from India’s National Rugby Team, Matthew Spacie, used to practice daily opposite Mumbai’s famous Fashion Street, a hub for street children. Being a warm hearted man that he was, he couldn’t resist inviting the Fashion Street boys over for a game. As time passed by, Mathew began to notice positive behavioral changes in the boys — direct result of the mentored team activity they were part of. These boys, who had grown up on the streets, became more goal-oriented and wanted to better themselves and their attitudes towards others.

Mathew discovered that the growing influence of this approach not only helped pull these children away from impoverished backgrounds, but also taught them how to challenge their current realities and overturn their obstacles into a route for wellbeing and success. Over a period of the next 10 years, this crystallized into a formal pedagogy that is now known as the Magic Bus Sport for Development curriculum. An approach that would go on to redefine the lives and destinies of many.

Magic Bus started in the year 1999 and has now expanded to 250,000 children as well as 8000 youth in 19 different states across the Subcontinent. Initial support for Matthew’s initiative came from his first company in India, Cox and Kings, and later from Cleartrip. Backed up by support, Mathew and team began to run programs using this ‘sport for development’ approach, an approach that was both age-differentiated as well as personalized to the needs of each child in the group.

By training local, community-based young people to deliver long-term programs that focus on education, health and gender equity, Magic Bus enables children to have more choice and control in their lives to bring themselves out of poverty. Comprehensive curriculums that use activities and sport and a long term-engagement are delivered using a child-friendly mentoring approach. At periodic intervals, the mentor provides constant feedback, and monitors the child’s behavior to bring about proven behavioral changes.

When the child grows up, she or he has the choice of joining Connect, a supplementary programme that links young people to higher education or job opportunities. As a result of the marvelous work, more than 250,000 youth have access to better education and improved health as they work towards strong livelihood options for themselves as they grow into adults.

This NGO is different — it isn’t focused on just one cause. To put it metaphorically, it has one root, but many branches. It has one path, using the power of sports for development, but many beneficiaries. Magic Bus uses its concept to not only pull children out of poverty but also to change the mindset of their parents and families. For this reason, The World Bank Development Marketplace Award was presented to the NGO during its formative years as well.

How obstacles are tackled

Success is the ability to go from failure to failure without losing enthusiasm. When a stranger enters a community where all is unknown and throws a ball in the air, everyone gravitates towards the ball. That’s the power and attraction of play. Despite this, the attitude towards girls remains a hurdle across geographies and regions. Getting girls out of their domestic duties and into the public sphere is a hurdle that has a potentially massive impact. To avert this in the best possible way, Magic Bus makes use of advocacy tools and tactics, including parents’ group meets, door-to-door campaigns and community level tournaments to break resistance to children’s development and builds a community that is child rights friendly.

That is what makes a difference. If the leader of this magical organization is itself an epitome of an example — the rest will definitely create leaders of the same willpower. It’s a domino effect: Mr. Mathew Spacie left his well-paying job to become a social entrepreneur, the volunteers left their restricted lifestyles to change the lives of many, and I left my old perception to think afresh and hopefully, do a thousandth of what Magic Bus does to change my motherland, my home — the nation of many with all hearts beating as one — India.

Nidhi Singh is a Computer Engineering student at NTU Singapore & a Global Evangelist at YourStory.com. She has a passion for cars, non-fiction reads and music. Her hope is to create a dent in the universe, in her own way, some day. When she is not trying to find more opportunities to lay her hands on, you can find her writing, traveling or gorging on chocolate and cheese.