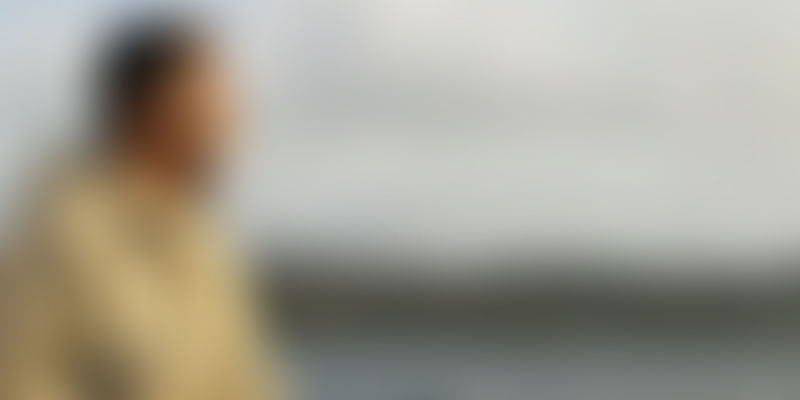 Playing games on an iPad or any other electronic device is not unusual for a kids of the millennial generation. But what do you say when a fourth standard kid plays games on a sinclair zx spectrum with 16 KB ram that takes almost an hour for a program to load. The year was 1990 and this kid was bored of playing games. Hewanted to make one. Our Techie for this Tuesday, Adityo Deshmukh didn't know how to program when he was in class four, so instead he copied the source code of the entire game from a manual and it worked. He didn't understand much of the source code but it got him hooked on computers.

By the time Adityo reached class six, he was programming in BASIC. Adityo's dad was a research scientist and his mom was a lecturer.Thus the environment at home was conducive to learning. And this exposure continued even at his dad's office where they had much faster Intel 386 Machines where they used to sneak in the evening after office hours to play games.

The transition to serious programming happened when Adityo was in class 10 when he started toying with operating systems and got hooked to Slackware. He persuaded his parents to buy a new computer to play around with Slackware. On the new system he started with shell programming and wrote his first program to compress files to fit them on Floppy Disks. Soon Adityo got a copy of PCworld magazine and installed the linux distro which came on the free CD along with it. Soon he started playing around with it learning the nitty-gritty of the file system, partitioning. Adityo confesses, "I must have destroyed the windows partition at least 10-15 times".

By the time he joined engineering, Adityo was writing small programs which would generate ASCII art or would calculate your birthday at some date in future. Somehow things didn't work out. There were professors who didn't allow students to work in labs after study hours and they had windows systems which was not something this Linux geek appreciated. Adityo decided to drop out of engineering in second year. He joined B.Sc computer science. Though things did not improve significantly but he resolved to teach himself.

Adityo took the minimum number of lectures to reduce the course load and decided to learn other skills. He is a national level swimmer and also performs sitar. Adityo mentions once he mounted a windows partition using his own knoppix distribution and got the access to all files related to the exams.

In his second year during B.Sc, Adityo decided to go abroad for higher studies in computer science and took admission in University of Sheffield,where he got exposed to machine learning andvoice recognition among other things. After coming back in 2007, he joined Cleartrip as a developer where he worked on LISP.

Adityo was among the first ten people in the Tech team. He was part of a three people team which built the entire hotel booking system of Cleartrip which was launched in 2008. Adityo says one of the books which helped him shape his thinking was SICP (Structure and Interpretation of Computer Programs). He has been reading this book since his college days and still refers to it.

Though Adityo learnt a lot at Cleartrip, his ride came with its own set of potholes. Adityo says,

"At Cleartrip, since we were interacting with 3rd party systems for booking hotels, we relied on their API. Once I made a change without referring to the actual API documentation and this caused all hotel transactions to fail. The beauty of lisp systems is that I was able to hot patch the code on a running system and the problem was solved within 20 mins. The business team was the first to point this out and they were very stern saying that when we're are making money, we have to be absolutely strict about what gets pushed to production. But since the error was rectified soon enough it was a good lesson learnt that day. "

It was at Cleartrip that Adityo met Baishampayan Ghose, his future co founder and one of the early team members at Cleartrip. Baishampyan had started another project known as OCricket, a Social network aimed at cricket enthusiasts. Adityo joined the OCricket team and started working on one of the products there, but soon it was evident that this may not work out. Then they met Abinash Tripathy who pitched to them the idea of paisa.com, a site aimed at financial markets.

Adityo recalls, "Abinash Tripathy met us, and he loved the team. Abinash had a plan to do a financial site -paisa.com and he pitched his idea to us in his flat in Mumbai one evening, and we were sold. The team would be moving to Pune to pursue paisa.com"

Paisa.com later pivoted to become Helpshift. At Helpshift Adityo is a full stack coder and also mentors young people to make them ready for the startup grind. He adds, "New members should be set up for success, especially in a fast paced environment like a startup, else it can be very demotivating for them. Since we expect people to get up and running fairly fast, so we make sure that their code is reviewed, if there are specific code idioms that must be followed."

Adityo says the toughest decision of his life was to choose between the start-up and the corporate life when he came back after finishing his studies in UK. He remembers, " When I came back to India, I had a huge student loan on my head. At the same time me father suffered from a heart attack. I could have taken up a job in any company but I decided that I must join a startup, since I knew this is something that I had to do."

Talking about his advice to college graduates, Adityo points out.

1) The internet is a wonderful place to learn and ask questions. Do not be limited to a college education.

2) Learn to play music and indulge in sports, since music will help you think about the abstract and sports will keep your body going.

3) Technology is not only about hardware and software it is more about people and that trumps everything.