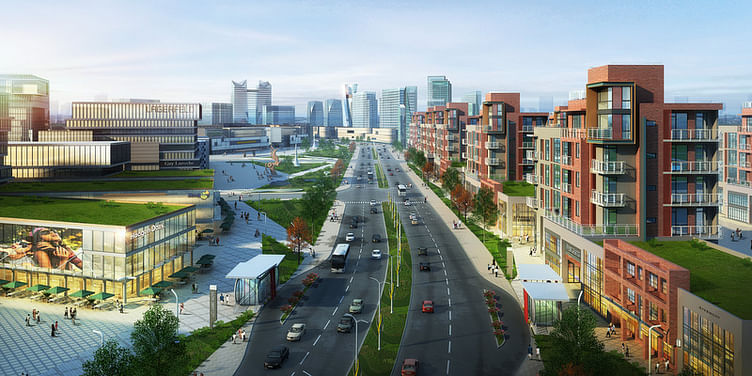 Cisco CEO John Chambers raised many eyebrows when he said that the estimated economic value attached to Internet of Things (IoT) over the next decade is $19 trillion worldwide. The company, among the top technology companies in the US in terms of market capitalization, has grown steadily with the proliferation of networks worldwide. For years, the biggest contributor to the growth was its core networking equipment business – routers, switches and so on. However, analysts project that revenue will decline by up to 5 percent in fiscal 2014. Further, the company cut its sales outlook for the next three to five years amid weakening demand for its products from emerging countries.

Making course corrections at gigantic corporations takes months if not years. Imagine – a company whose engineers’ DNA is to create hardware products, sales teams whose training and even incentive payout is for selling boxes and everything in between, is geared towards that. But Cisco has seen the writing on the wall. It has to create solutions, pull together the relevant ecosystem players and ensure that it provides comprehensive packages rather than just products.

To accomplish this, Cisco has bet on smart, connected communities and Internet of Things (IoT).

Bangalore is widely considered an early adopter ecosystem for technology innovations in India, with its young, cosmopolitan and tech-savvy citizens. Cisco has a massive campus in Bangalore, billed the Globalization Center East started nearly a decade ago with a large engineering workforce. As Cisco has built products for smart communities in this office over the past few years, the company figured out that the best possible way to demonstrate this blueprint for a smart city was to treat its own campus as a microcosm of a real city and implement those solutions. This ‘Cisco smart city’ was inaugurated a couple of days ago.

The features of smart cities that have been implemented successfully in this ‘smart city’ are:

In addition to these, Connected Learning and also Smart Work Spaces which have applications in education and visitor / employee management respectively, have been implemented successfully.

What is the need for smart cities?

The Narendra Modi government announced that the government would be spending time and effort in building out 100 smart cities over the course of the coming years. Some of these will be built from scratch while some will take existing cities and enhance them.

Wim Elfrink, Cisco Executive VP and Chief Globalization Officer says, “Cities are growing at the rate of 10,000 people per hour even as we accelerate toward a world with more connected devices. For every device connected to the Internet, 10 more will join it in the near future.”

With a burgeoning population that is moving rapidly to a few concentrated urban areas, Indian cities are splitting at the seams. A joint CII and Cisco report estimates that Indian cities will have 590 million people, with 68 cities having more than a million citizens. For a country already short of 600,000 doctors and 1.2 million government school teachers and a $10 billion fuel wastage bill caused by traffic congestion. It is estimated that it costs $3 per student per month to deliver education and $3 per doctor’s visit currently. Smart cities, which are built to optimize, reuse and recycle available resources, are the only way we will be able to manage.

The Internet of Things (IoT) is definitely the next big thing in the world of technology innovation. All the building blocks required to make it happen are in place – a strong network backbone, millions of smart devices, millions of devices which can be made smart with sensors, the big data and analytics frameworks needed to make sense of the trillions of data points that these sensors will spew out and lastly, the overwhelming need to pull all of these together into cohesive smart cities.

Specifically, India can play an important role in innovating in this space, with a ton of opportunities available across the spectrum and a whole body of work already in existence, on which to build upon.

While Cisco has demonstrated what is possible from a technology perspective, the need of the hour is to create the ‘smart’ policy framework to govern this sector, public private partnership to enable any kind of real impact for citizens and of course business models to sustainably deploy these technology innovations and generate revenues. In fact, these solutions have been deployed successfully in cities such as Barcelona in Spain and Canberra in Australia, where the political will and the authority to make such decisions is more centralized. The challenge is to make it work in India.

Is the government listening or is it another e-commerce sector in the making, with the policy framework struggling to keep pace with the rapid market changes? What do you think is the single most important thing required to make smart cities a reality?