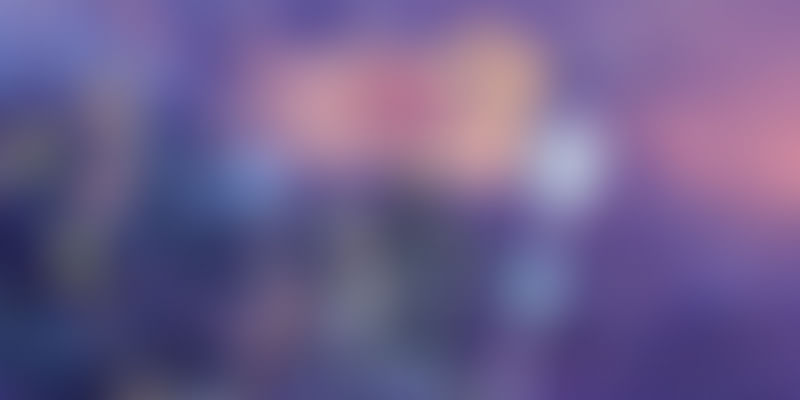 Drawn out scenes and rambling dialogues seem to be a prerequisite in Indian animation, perhaps, a loan from Indian soaps. It doesn’t help that majority of current Indian 2D and 3D animation is devoid of aesthetics, and tends look like the animation crew decided to drop the project and go home after lunch break. Even characterisation is almost always linear, unimaginative and lazy, which is a shame, because India has one of the most diversified, evolved and established literary traditions.

For decades, Indian entertainment has struggled with putting quality animation on television and theatres, whether it’s for children and/or adults. With characters that fit only two bills ‘good’ or ‘bad’, it’s idiotically reductive [in the way Disney is]. By comparison, even Tom & Jerry depicted a complicated relationship of moral greys.

So, where do adults go to get their animation?

Formed as the Indian subsidiary of Liquid Comics (US) and CA Media LP, the Asian investment arm of The Chernin Group, LCC (TCG), Graphic India launched in 2012, with the aim of establishing itself as a leader in the character entertainment industry in India and abroad. Based in Bangalore, Graphic India’s already working on a diverse set of projects and collaborations like the post-apocalyptic futuristic Ramayana 3392 AD, Sholay: Gabbar, Girl P.O.W.E.R. Animated Series, Mistry P.I. and Buddha.

Sharad Devarajan is the CEO and Co-founder of Graphic India. In partnership with Youtube and the incredible talents of playwright, graphic novelist and Batman writer Grant Morrison, 18 Days was created. It's a web series based on the Kurukshetra war from the Indian Epic Mahabharata, most famous for its labyrinthine plots and complex personalities. Morrison has worked with DC Comics for more than two decades, so he brings a lot of experience with him, including the critically-acclaimed Arkham Asylum: A Serious House on Serious Earth. He’s also the creator behind Vertigo’s The Invisibles, an anarchist science fiction. He’s pretty awesome is what we’re sayin’.

Before the web series, Graphic India first released a hardcover graphic novel with Morrison’s original animated scripts and illustrations by concept artist the brilliant Mukesh Singh in the American market (yet to be released in India).

“The Mahabharata,” says Devarajan, “is arguably the greatest story ever told, and has defined much of Eastern philosophy and thought in the same way the Odyssey and the Iliad defined the West.”

It isn’t the first time someone's attempted to take Indian epics, historical tales and folklores into the realm of entertainment. But it’s the first time it’s packed power and punctilious attention to detail, incarnating the “ambiguity of its characters and world.” 18 Days has a bold, colourful artistic style and a tight story. The graphics are crisp. For those who’ve been traumatised by dialogue on Indian television, the web series is heartfelt relief.

Devarajan and Morrison go years back, too. “When we discussed the ‘Mahabharata’, it was clear there was no better partner to work with on this story,” says Devarajan. He made it clear he wanted the experience of Mahabharata to rival that of Lord of the Rings.

Morrison was no stranger to Indian culture and mythology either.He says, “When I was a kid, all mythology made a big impact on me. At the time I was starting The Invisibles, the Peter Brook stage version of Mahabharata was being shown on the BBC. I was drawn to it, and I used the Mahabharata story there as a metaphor for the illusion of duality. This immense war between two vast opposing forces was actually conjured by a single person -- an Indonesian Dalang shadow puppeteer.

“I’ve visited India many times and travelled there on my own, mostly in the north and in the mountains – New Delhi, Agra and Ladakh – although, I’ve also been to Goa during the monsoon. Its culture and people are what I find endlessly fascinating, overwhelming and inspiring.”

The execution of 18 Days is unique, because it’s distilled for a global audience, the same one that enjoys 300 without needing to know the actual Battle of Thermopylae. It takes the focal point back to characterisation and story-telling, something Indian graphic novels are doing, but not animation.

“It wasn't just Japanese kids who made Pokemon a success, it was every kid.” Sharad Devarajan

Devarajan says, “Our goal is not to tell a literal retelling of the classic Mahabharata, but rather to allow some of the world’s greatest creators, Grant Morrison and Jeevan J. Kang, to collaborate across borders and across cultures to speak to the world in the primal language of myth.”

Morrison’s take on the epic is itself interesting. Instead of taking a purely fantastic approach to re-telling this story, he’s chosen to carnalise it within the Vedic sci-fi genre. Like Frank Miller’s 300, it’s less about historical accuracy, and more about best artistic rendering to emphasise a “timeless, universal and mythic vision.”

Morrison talks about “re-familiarising” himself with the epic through interacting with its different versions, from R K Narayan’s “condense re-telling” to Ramesh Menon’s “modern rendering”.

“Once I felt I’d internalized the structure of the Mahabharata I was able to break it down, and re-arrange it in a new configuration. I was particularly fascinated to learn that technology in the ‘Third Age’ was based around the idea of communication – which sounds a lot like our own world today,” says Morrison. “It was fun to give our heroes and villains beautifully-designed, crafted and personalized versions of computers, phones and internet connections. We’ve also taken the opportunity to go to town on depictions of ‘vimana’ flying machines and the various ‘astras’ or god-weapons which, in the original text, bear an uncanny resemblance to stealth bombers, tactical nuclear weapons and microwave beams. In our version, these ideas are made literal as the advanced, almost futuristic technology of a lost age."

To Morrison, just like Devarajan, stories are “good stories no matter what,” especially when it’s one of the greatest stories ever told.

The best part about many Indian literary narratives is the multi-dimensionality of the characters in it. It’s a world where greed, heroism and fear exist in the same person. Human contradiction is precisely what attracts most comic book readers who, otherwise, would have to suffer through the saccharine tales of heroic under-dogs fighting ‘pure evil’ all the time.

Devarajan keeps his options open when it comes to taking 18 Days beyond the current web series. We’re looking at potential television series, films, games, graphic novels, consumer products and digital content of not only 18 Days, but many more projects in stow at Graphic India. There are so many ways of engaging an audience, it’s short-sighted to simply see the most visible side of the horizon. To Devarajan, Graphic India is not just a publisher, but a storyteller.

“We are actively involved in developing 18 Days as a live-action, scripted TV show for the North American market and plan on making announcements around that soon.” Sharad Devarajan

“The milestones for us are focused on engagement with audiences around our content. Sometimes that can be through incubating a character through physical print as we did with 18 Days, or on television as we did with another one of our recent characters, Chakra The Invincible (which launched on Cartoon Network and then as a digital web-series on Rovio’s ToonsTV featured on Angry Birds around the world). Many of our new characters will be through digital since we believe that the combination of an explosive youth market and an explosive digital mobile market in India will make second screen across digital devices the most powerful way to engage with audiences in India over the next decade.”

If Graphic India can slowly push what’s wrong with Indian animation into an animation Sarlacc pit, then we’re talking about the inevitable growth of quality animation and stories. It’s likely this growth will come out of the Indian comic industry that’s steadily growing and already produces quality content. It’s also going to empower thousands of storytellers, artists and young producers in India who've grown up reading graphic novels, Lord of the Rings or watching Justice League, desperately hoping Indian narratives become a normal and standard part of this global industry just like Japanese anime has.

It’s all about looking beyond the horizon.

The Earth was once a vast stretch of plain land dotted with few forests and rivers. One day, the mother of three Earthly goddesses, Ka Ding of Fire, Ka Um of Water and Ka Sngi of the Sun, died while visiting her daughters. Ka Ding, being the youngest, bore the responsibility of destroying the corpse of their dead mother. She unleashed great heat until the rivers dried and the leaves withered, but nothing happened. Next, Ka Um undertook the rites, bringing intense rains till all the rivers flooded, yet the corpse resisted. Finally, Ka Sngi, the oldest, stepped forward. She engulfed the earth with flames, crumbling and deforming it till her mother was finally consumed. The resulting Earth, full of mountains and gorges and valleys, would go on to become the rich land that mankind inhabited.

This is a Khasi origin story.

India isn’t just a sum of its most popular mythological history, either. The land has witnessed the rise and fall of numerous civilisations and kingdoms, and an English occupation. This is besides the local histories, folk stories and traditional fairy tales scattered throughout the nation waiting to be re-told, waiting to be claimed by storytellers like Devarajan or Morrison.

“Great stories like the Mahabharata don’t belong to any one culture," says Devarajan, "they belong to the world.”