Our learnings from 2014: a startup story 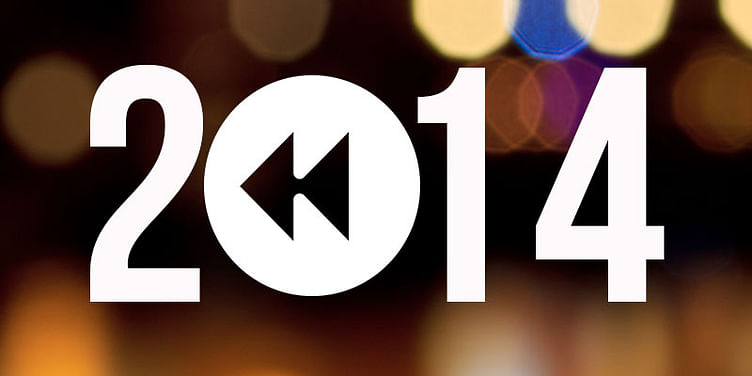 2014 has been a crazy year for us at SocialCops. On Dec 31st, 2013 – we were still two 22 year olds, with a dwindling bank balance of about $5000, a very scratchy product and a few initial pilots. In retrospect, it seems like a decade away. As 2014 draws to a close – we’re 8 people full-time along with 4 interns. We raised some money from some amazing angels such as Rajan Anandan (MD, Google India), 500 Startups and Manoj Menon (MD, Frost and Sullivan APAC). We’d like to end this year by thanking each and everyone who somehow contributed to our story so far.

In spite of all the highs, 2014 has also been an incredible learning and leveling experience for the team. Instead of sharing the usual “highlights” of 2014 – we want to share our biggest learnings of the year.

1. It isn’t a deal, until the money is in the bank

We lost a million dollars. Yes, a 'Million Dollars'! How?

SocialCops was on of the top 10 startups globally for the Verizon Powerful Ideas award. 5 out of 10 startups were going to be awarded between 250k USD – 1 million dollars. The winners were to be announced at CES 2014- the biggest and most prestigious event in technology in the world! Before we headed out to San Francisco to participate in the competition, almost every investor we met told us how they’d love to invest. We had a good half million dollars promised to us, verbally – and scope of winning another million dollars. Life was good.

We had graduated a couple of months from college – as a celebrated student startup. We had won at least half of the global business plan competitions in the year & honestly, didn’t really know what failure was like. We really wanted the prize - and we willingly put our heads down, worked really hard and gave it our best shot. We lost. Competing with startups that had already raised about 23 million dollars in VC, was apparently a lot tougher than competing with student teams. The moment we lost the million dollar prize, we also became a lot less cooler – and we never heard back from the investors who had just 20 days ago committed to invest. January 2014 was a bleary month indeed.

Losing the prize to worthy competitors didn’t hurt us as much as the after effects – teaching us possibly the most important lesson we could have learnt during fundraising: It isn’t a deal, unless it is on paper.

That dull month of January, as we battled for survival in shivering winters of Delhi, sometimes questioned our existence & possibly was the most important time in our startup journey. The sheer determination and perseverance that we needed to pull through the month, could never have been learnt without first hand experience. It cemented our team & truly tested our values. In retrospect, January 2014 and the Verizon failure might have been the most important learning experience in our startup journey.

2. Toughen Up – The lows are just going to get worse

Entrepreneurship is spending a few years of your life like most people won’t, so you can spend the rest of your life like most people can’t, is a famous quote to describe entrepreneurs. Many a time, people think that entrepreneurs have it hard only in the beginning – when you’re two people struggling in a room to make things work. Soon, once you find a bit of success and traction, the glamour kicks in – funding, press & talks at high profile events. Isn’t life a breeze now? Wrong. The emotional highs and lows just get harder.

When you were two people in a room, all you had to worry about was product-market fit. As you grow, your responsibilities grow exponentially. You are answerable to everyone - your investors, your team, your co-founders, your clients, the press & even the office boy. More importantly, your actions & decisions affect each of the people you interact with in ways you never imagined possible.

The lows just get lower and the magnitude of problems increases. Do you think that Travis Kalanick had it easy when #uberrape was trending around the world? He probably had it way easier when it was just him and his co-founders in a room, with no money & bleak chances of success many years ago.

Related Read: This is the real reason why Uber fell into a regulatory soup and here’s why it is relevant for your startup

I think one of the biggest learnings of 2014 for us as a startup was to toughen up & become like cockroaches that could take any amount of external pressure. I’d say that 2014 was a killer year to teach us to toughen up –both externally and internally.

3. Never underestimate the power of well thought out processes

Sometime earlier this year, we fell behind our shipment schedule by three weeks for the stupidest reason. Why? Because the laptop of the engineer doing the bulk of the work, crashed. He hadn’t pushed code to Github for these three weeks. All the code was lost. Three weeks worth of code is huge for startups and could make or break a lot. This incident taught us the importance of building team systems and rituals. Since then, we’ve ingrained activities like pushing code to Github and leads to Salesforce as part of our daily rituals.

As a startup, it can be really easy to overlook processes. Trust me, when you grow to over five people – take your time to consolidate processes. Where are you storing your files, how are you ensuring your code is safe, how are you ensuring single point communication to clients? This might seem like a waste of time when you’re 5 people – but if you’re going to grow by 2x in a matter of a month – this is a very useful investment of time.

4. Never compromise on team quality. Do not hire out of desperation.

Fast growing startups are often faced by the big challenge of filling in a position(hiring) to move faster. But, you just can’t find the perfect person. Do you settle?

The first member of our team joined us in March 2014. By July 2014, we were 9 people. In the race to grow fast, we lost sight of the most important thing to make a startup a success – its people. In an effort to hire people fast, we hired people who weren’t culture fits - whom we had to subsequently let go. As a team, we have learnt to never hire a candidate out of 'desperation'. Since then, we’ve said no to many great candidates whom we really needed to fill in a role– but just didn’t fit into our culture and value systems. We’ve started asking ourselves the question, “If we could hire absolutely anybody in the world, would we hire the person sitting in front of us? What can this person do that none of us can do?.” We’ve built out a culture code – the things we absolutely cannot fail at. After all, joining the ranks of the team that is on the mission to change the world can’t be 'easy', right?

2014 has been a pivotal year in the life of SocialCops.

Most importantly, we are building our dream team out of our basement in Malviya Nagar and are laying the foundation, the culture and the values of a billion dollar company that can affect millions of impactful decisions - everyday. As we sip on our garamgaram chai, here’s signing off from B121, Malviya Nagar – and here’s wishing you a happy new year! 2015, here we come!