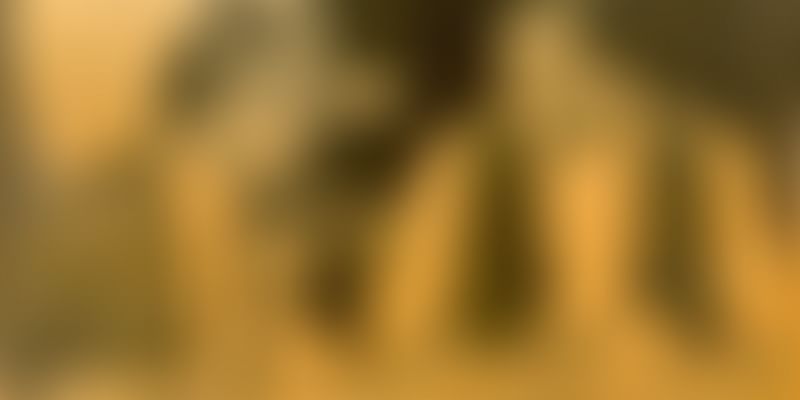 It was just few years after independence when Madan Lal Shah sent his eldest son, Ghanshyam Das, popularly known as GD, to Calcutta. GD graduated from Mahraja College, Jaipur in 1955. He was just 18 when he left home and after getting married to Gyanvati.

On arriving Calcutta, GD simultaneously enrolled in Calcutta University to study law, and the Institute of Cost and Works Accountants of India to study cost accountancy. He took up a job at Texmaco Limited in Belghoria. The new job affected his studies and GD decided to chose his career over studies.His assignments in various departments of Texmaco – stores, purchase and company secretary – helped him thoroughly comprehend the workings of the mechanical engineering industry. Along with garnering knowledge on machinery, GD was also looking for ways to start up on his own as his father wanted him to do. And the time came soon enough.

Texmaco was importing industrial plugs and sockets from Niphan, a British company. Fired with a desire for import substitution, GD took samples of these plugs and sockets, got them manufactured and began marketing them becoming one of the early pioneers of world class manufacturing in independent India. As a name for the newly-launched venture, he borrowed the name of the British company by just dropping the last letter. The first letterhead of Nipha Engineers had a plug-and-socket logo.

GD along with a colleague in Texmaco, RK Saraogi, explored the possibility of supplying parts for the wide looms in the jute industry, receiving small orders from the mills that they outsourced from tiny units in Howrah. As manufacturing was more profitable than trading, Saraogi and GD resigned from Texmaco to devote full time to the venture. Initially, NIPHA received small orders for parts and began executing them. With the arrival of GD’s younger brother, Mahesh, in Calcutta in 1959, the team was considerably augmented.

Gradually, the company moved into manufacturing the entire Wide Loom, setting up its first factory in 1962 on rented premises in Howrah with a few machines to manufacture some components in-house, and getting the rest fabricated by vendors. The venture proved lucrative and the company was able to accumulate some capital. NIPHA’s sacking looms were installed in Uganda bags and Hessian company. Later, Uganda opened doors to company’s cotton ginning business where it explored the tough territories of Tanzania and Uganda to establish cotton ginning turnkey projects.

The pride of working for India

Organisations and businesses operate on the basis of profitability and requirements of their clientele. A job well done brings smiles all around. However, this pleasure cannot be compared with the exhilaration and pride that comes from working for one’s country. NIPHA experienced the same pride in 1964 when they received a big order from Ministry of Defence. During the Indo-Pak war of 1971, the clip cartridges were in much demand and the factory operated round-the-clock to execute urgent orders. Senior officials visited every day to collect all the ready material and would proudly state how these clip cartridges were instrumental in shooting down numerous enemy aircrafts. However, sometime later labor unrest set in Calcutta and the entire factory had to be shifted to Faridabad in a short span of time.

Later in late 1970’s, the company took its first step with an export order for castings & alloys to USA, which proved to be a turning point for the company. NIPHA has even established a Floppy Disk Factory in 1980’s during the IT Boom and switched gears to provide turnkey projects when needed in tough conditions of Africa, showing the fearless and experimental leadership of GD.

NIPHA has been awarded projects from the World Bank, African Development Bank and various ministries around the world.

The fairy tale of NIPHA had its own villains and evils. If old employees were asked to recall one incident in NIPHA that is etched in their minds, it would be the New Year’s Eve of 1994, which was also one of the coldest nights of the year.

Around midnight, a devastating fire gutted NIPHA's office building on NS Road in Calcutta, destroying all its records, technical drawings and contract documents. While some remember their own fear and insecurity that night, many recall with pride and awe the response of the Shah family to the event.

S P Kundu, among the oldest employees in the company, recalls how the family visited the accident site on New Year’s Day, 1995, carrying warm clothes for the people who were staying in the building and had lost everything. NK Jain, who was then Works Manager at the Faridabad unit, had called GD Shah to commiserate, the Chairman surprised him with his response that it was not the time to cry over losses but to think how to help put the company back on its feet. He advised Jain to dig up all the technical literature, drawings and plans to rebuild the lost documentation.

That same New Year’s Day, the employees were called to a makeshift office in Express Tower, Theatre Road, and were reassured that NIPHA will only grow to newer heights after this calamity. Each person was given a paper and pencil to recall and write out all they remembered about pending work, suppliers’ invoices so that the company could pay off its creditors.

The firmness and resolve demonstrated by the Chairman and his brothers in the face of adversity led to a new chapter for each member of the NIPHA family. Chairman GD Shah instilled confidence in each employee by ensuring that the payday of January wasn’t missed. He got the core team of his brothers and sons together to check progress at their factories and come up with an action plan for a new office. NIPHA converted its family flat into a new office days later to ensure their employees had a comfortable space to work. GD believed this was a moment for the company to stand for its values and make a comeback rather than give in to adversity.

The company regrouped and started on a fresh new note. Today NIPHA has continued to innovate with factories set up in Howrah, Srerampore and Faridabad, a network of 300+ vendors and over 1500 employees. The company now deals with complete cotton ginning projects, tillage tools, castings, assemblies, mechanized farm equipment, newly manufactured jute loom and also has a trading division.

It was never only business

GD Shah and the NIPHA group have a unique way of functioning. All the directors have served as heads of various industry chambers and banks like EXIM & IDBI Bank. GD Shah has been part of various task forces for the government, been chairman of Engineering Export Promotion Council, former director of Export Import Bank of India and President of Bharat Chamber of Commerce. He has represented India at international conferences and exhibitions with the likes of former Prime Ministers and Presidents, including Late Rajiv Gandhi and Atal Bihari Vajpayee.

The project closest to the family’s heart is the JB Shah Girls’ (Post-graduate) College, founded by their father in 1982. It is the first women’s college in Jhunjhunu, Rajasthan. Set in a sprawling 10 acre campus, GD and his brothers faithfully nurtured this college with financial help through their Charitable Trust and also provided strategic support by being involved in key management decisions.

It was Madan Lal Shah’s wish that his four sons live together and work together. He had felt that different professions would attract different incomes and this inequality could lead to rifts within the family. According to their father’s wishes, the brothers do not draw salaries. They should all have enough and more for their needs, but not to satisfy their greed. Not only have the four sons honoured their father’s injunctions, the next generation, too, lives by the same rules.

For me personally as his grandson, it is his indomitable spirit which stands out. He continues to be at work at the age of 77 without fail, everyday, and ensures each member of the company excels and innovates. He has also been able to keep his three brothers and their families together under one roof both in business and at home as a successful joint family in this day and age. This is a unique brand of management where he has ensured that more than 10 directors of the company feel a sense of ownership, growth and passion.

I asked one of my cousins about his meeting with my grandfather, he jokingly said, “It’s very dangerous to mention something to ‘tauji’ and not deliver. He keeps a note of everything on his mobile and email even at this stage of his life. One will get a note from him when the deliverable is due and he will continue to push for thinking out of the box. He believes that diversifying the business is the next obvious step. We are lucky to have him as our fearless leader.”

The spirit of NIPHA is not limited just to smooth operations and being big. I started with only a modest machine shop in 1960. The forte of this organization lies in its people and the values it cherishes. Never lose sight of these two.

As an aspiring entrepreneur, these two words: people and values stand out. Today, we get lost with buzz-words like disruption, market niche, valuations and so forth; but what really differentiates companies and entrepreneurs- people and values. I have been privileged to see this journey closely in the last 2 decades and learn from it. As a modern day aspiring entrepreneur it has all the lessons packed into one, be it managing people, pivoting your product due to globalization, financing, dealing with adversity and most of all something we take for granted: longevity & continued success.

(The article is collated by Naman Shah)

Naman Shah is working as Asia Lead for a US tech Startup BizEquity. You can find him on twitter @PositiveNaman or write to him at namanshah203@gmail.com.