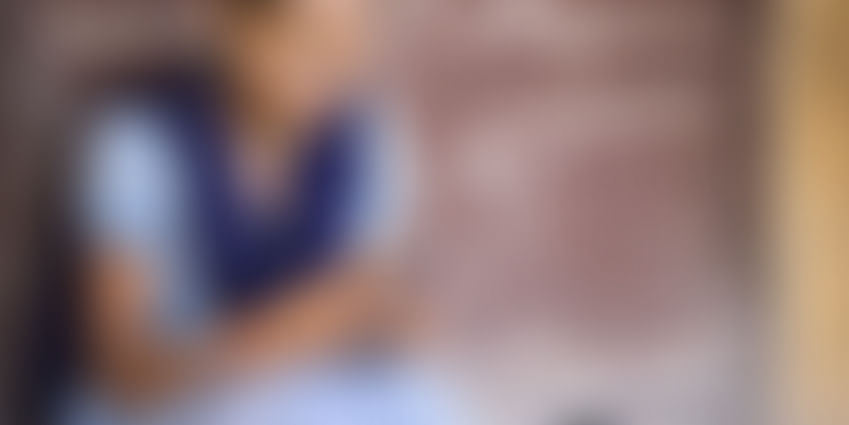 (Author’s Note: All references to the Internet in this column are specific to the Indian market)

If anyone used the prism of the Internet as we knew it in India in 2005, we thought we were on the cusp of the Indian Internet revolution, via desktop access. We thought the same in 1998 (when the first Internet investments were being made in bushels), and renewed it every New Year - 2003, 2004,..all through 2011-12, before we realized that the promised “Fixed Line Broadband” Land was akin to a desert mirage for 15 years. I don’t know who was hoodwinking whom but we had a dwarf of an Internet, riddled with bullet holes of regulations, potholes, crisscrossed cable wires over city roofs (as a proxy for broadband) and false promises of optical fiber from Kashmir to Kanyakumari – everything was at 2005 speeds.

And so, better late than never, market forces have taken over. The sequencing has begun.

The $120 Xiaomi 4G phone, the inevitable flurry of similar models and prices from Micromax and a slew of others, the imminent launch of Airtel’s 4G service across dozens of Indian cities; all point to this trend accelerating from 2015 onwards.

My money is on the bet that all metrics – time spent, consumer spends, and whatever else you want to measure – will tilt in mobile’s favour in 2015, if not there already in some businesses. My guess is data-messaging volumes are already challenging or overtaking email volumes in numbers. I think payments may not be too far behind –24-36 months – though a bit of that depends on which way regulatory winds blow.

I suppose some of the digital media delivery will also move to on-demand and onto the television screen and therefore be a throwback to the erstwhile promise of the “fixed-line Internet”. But I think this is yet a few years in the offing. I will see if I have to revise the estimate in a year. We haven’t had the first ad of Reliance Jio splashed to us as yet. They are the only ones who have the muscle of all kinds to come close to changing consumer behavior, at scale, significantly back to the home Internet.

And, then, to the more dramatic shift that I’m forecasting…

The ‘English Internet’ is dead!

Or to summarize, the Indian Vernacular + English Internet

What’s this English Vinglish you may ask? It’s my attempt to capture the shift of Internet consumption power to mobile users whose primary language is not English. The new Prime Minister epitomizes this shift. With him, he brings a billion other people who will learn to use the Internet despite not being fluent in English, over the next 10 years.

And whoa! What a massive opportunity that is! It changes a lot of things.

How many of us have heard the oft-repeated contrast that China is a walled-garden of Chinese-speaking users who can’t be accessed by the western Internet giants, partly because of language and supported aptly by regulation that keeps the Chinese markets the preserve of the local giant Internet companies?

That yet doesn’t explain the crazy numbers – apps/products with 300 million DAUs, cab companies that just touched 2.5 million and 3 million rides in a single day on Dec 31 (50-100x of India’s leaders). Or Singles Day Alibaba sales being $9 billion when Flipkart was thrilled with its $100 million big sale day outcome. This scale factor (of Chinese apples to Indian apples) being 50-100x is mind-boggling.

There’s something amiss. I think we are slaves to the legacy mindset that we should bow to the Facebooks, Instagrams, Googles, Yahoos and the Twitters of the world. And its accentuated by the fact that we don’t have a mature enough Investor ecosystem that can either think beyond this paradigm or is not willing to fund enough disruption to challenge the status quo. We need more confidence in creating local business models customized to hundreds of millions of Vinglish customers.

Small stab at this: Modi’s twitter following is 9.39Million (I’m thinking maybe half of those are expats), the BJP’s total vote in the 2014 election 171.46 Million (and that’s 31% of the total cast vote). Hmmm…I wonder how he will reach his electorate outside twitter in the next election – and straight away, you can sense a need for a Vinglish alternative. (stats: from twitter, Wikipedia)

So, there are two exclamation points to this thought process:

The first is language itself!

Will English die or be overwhelmed? Absolutely not. It will continue to be an aspirational language. It will co-exist with the myriad local languages in the respective geographic contexts within India. We can take a statewide tour and we will encounter a healthy khichdi of various mega local languages with English – Hindi, Malayalam, Marathi, Tamil, Telugu, Kannada, Bhojpuri, Bengali, Gujarati and the list goes on. I’ve even started hearing startups talk of the Middle East and Far East consumer markets that are not-English speaking. Bahasa and Arabic, anyone?

For some businesses, therefore, Language is the new business model differentiator. And I don’t think textual content (yes, we’ve seen Newshunt and Reverie and their relevance is well established) is the end game here. Versatile multi-lingual apps, audio and video-supported experiences are all explosions waiting to happen.

I often hear complaints that the bandwidth is yet to come to support these experiences. I feel that the new ‘smartphone-first’ Internet customer (one who widely accesses the Internet for the first time using a smartphone) will demand content and engagement experiences as never seen before on a mobile in India and one should contemplate business models with that perspective, not with a 2014-era ‘English rules Indian Internet’ mindset.

Its not like this trend is new – all the music apps are a play on this. In the messaging space, Hike’s philosophy and its investors are betting on Vinglish. I think folks can actually win the emotional connect with a lot more Indian customers with Vinglish offerings than simply English ones.

So, existing apps and experiences will probably add various languages as options, if they haven’t already but Vinglish alone is an opening gambit for many apps and Internet business to come and I think they can arguably win on this gambit.

The second is the behavioral pattern of the non-English speaker

Is the Indian Internet offering forcing folks to learn the ways of English apps? Perhaps. Consumer spending is yet concentrated in the first 20-30 million Internet users who are all relatively privileged and are, in some sense, similar to those reading this post. While I think the younger generations are likely to pick up English, it’s not the preferred language that will bind them to their friends and family. They are not going to learn recipes from their mothers and recite poetry to their girlfriends in English.

I think the Mobile Internet will become the most powerful tool ever to stall this forced drift to English and allow power to be clawed back by the Vernacular or native language speakers.

The messaging and photo and social network apps are probably are a good short-term proxy for this customer expression to talk in short-form text, audio and images to their social circles.

My gut suggests that legions of customers are waiting for more experiences to be nearer to their Vernacular – I would think blue collar workers are going to take virtual interviews using audio-video, allowing them to easily move to a non-English language mechanism. I think rail travellers will become as powerful in the control of their journeys as air travellers. I can’t even begin to imagine explosion of new content generated from the mobile, and the demand for a variety of information in Vinglish. I think one our angel portfolio companies (pre-Blume), AppsDaily, is a rare business model that captures this uniquely from even 4-5 years ago by leveraging physical retail for mobile app sales thereby combining all the ingredients for a successful Vinglish business model. And I’m sure they will adapt quickly as this becomes easier to execute over cheaper 3G and 4G.

To cater to such customers, Startups that will disrupt using language as the emotional differentiator (maybe by leveraging offline networks in the interim like Appsdaily above), improving the customer experience from front-end to customer support, can beat those built on a legacy thought process in my opinion.

We were running through our portfolio and within that set alone, we saw the need for at least half a dozen of them to shift dramatically to the “Vinglish Internet” as a customer base, to address the oncoming tsunami of new Smartphone-first Internet users.

And thus, in India circa 2015, I think its time to welcome the Vinglish Internet! More power to the next 200 million Internet users in India!