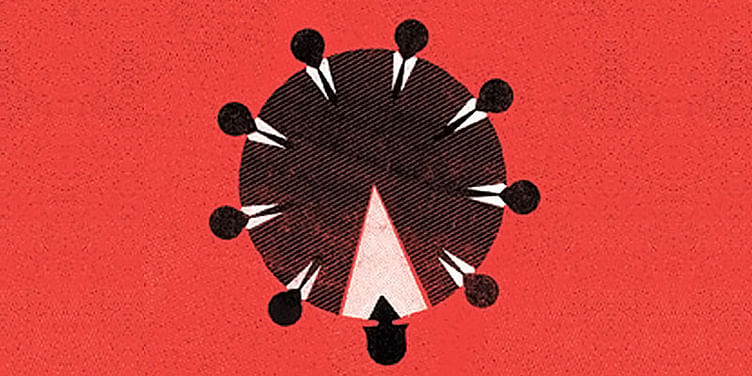 In an anecdotal study in 2011, technologist and blogger Tara Tiger Brown discovered that less than 3% of comments on VC blogs are by women. It is no hidden fact that the proportion of women in tech is low, but this study showed that the engagement of women with the VC industry is even lower. This is the case in the evolved startup ecosystem in the US. One can only imagine how dire the straits are in the Indian context.

Being an integral part of the organizing team of the largest startup tech conference in India, TechSparks, I come across this abysmally low engagement of women with VCs in our events on a regular basis. As a woman-led organisation, we consciously make an effort to boost this engagement by trying to get more women participants as well as women speakers in our events. The small number of women entrepreneurs & VCs makes this task even harder.

VCs, as less in number as they are, play a disproportionately large part in our small startup ecosystem. The small number of women at the top of this pyramid results in a chicken-and-egg problem. It is interesting to look at how we reached the current situation and its wider ramifications for startups.

The problem starts with the wider issue of low number of women in tech – an oft written about subject. A few women starting up lead to fewer finding successful exits which is the primary source of new talent for VC firms. These firms are also in a very nascent stage themselves and are trying to find their footing in India. Tangential issues like better women representation does not seem to be on their radar right now.

There are many reasons for such a skewed proportion of men vs women in venture capital industry.

I think one reason is this nice cozy club of men who recruit people like themselves. I don’t think they appreciate & understand how critical diversity is.

Second contributing factor is that the job of a venture capitalist is viewed as a finance job. Venture capital industry is a new industry in India & many people feel that it is not for them, that this is not something they understand. People don’t look at venture capitalist job as more of a business model evaluation but think of it as financial number crunching.

There is not much of past data in the venture capital industry to predict the future. When you are looking into unknown variables & uncertain data and making decisions, any kind of diversity helps in making those decisions. Be it diversity of background, diversity of gender, diversity of educational system. We all look at data from our own point of view & with our own biases. The more diverse the experiences are - be it the experience based on gender, the experience of growing up in rural India or urban India, experience of going to an IIT or a not going to one, studying abroad or studying in India - we are all a sum total of our experiences & the greater the diversity of that experience, the better the decision making process will be.

When VC firms are recruiting, when you are looking for adding people to your organization, we have to consciously tell the recruiting agency or our recruiting departments to bring to the table a resume of a female candidate for every resume of a male candidate. I am not saying that one should compromise on the quality of people we recruit but I think if partners give this mandate to the recruiting teams, they will go & hunt for it. They will not just go & look for the lowest common denominator such as X person from Y firm is looking to move so let’s look at him. Because if this current process continues, the number of female candidates will be anyway negligible. We should consciously make this effort & remove this old all boys club that we have.

The bigger concern here is that I don’t even think VC firms realize that they are not diverse enough.

If you look at women in Indian VC industry, surprisingly it has probably the same or better representation than women in VC industry globally where there are about 4% women in VC industry. It is not that India lacks behind as compared to the rest of the world. In India, the VC industry is very young & it is a combination of the home-grown VCs like Bharati, Renuka, etc & people, like me, who have come to India later in their careers. For a young industry, thankfully, there is at least some representation of women.

The impact is a softer impact. It is like wondering if there is 50-50 representation in the army, will the world be at war or at peace. It is difficult to say. It is difficult to know what will be the change. If you look at data it might tell you that the possibility of peace will be higher. If we look at the VC industry in a similar context, there are many factors to look into and not just one. May be collaboration between investors & startups will be better & that might increase the chances of a company being more successful. Will there be different kind of businesses that will get invested in? Probably yes. The process of building companies may be different & different kind of businesses may get created.

If you look at MBA schools, how many candidates are actually planning a career in investment banking? This is where we need to start making an impact. One of the things that’s probably important is career counseling towards investment banking & venture capital. This can be single most important thing we can do & business schools can very well do that. VC firms’ partners should encourage women to lead & discuss this issue of diversity. We should look at how to crack this problem at the business school level & create programs & encourage women to do internships in VC firms, encourage them to look at this career path early on.

Karan Mohla of IDG Ventures opines, “Venture capital, like the broader technology industry, is slowly responding to the changing social and economic trends and evolving. As VC’s invest in diverse tech companies serving an ever more diverse global customer base, having diversity is important for business and the bottom line. It helps to have a board room with VC board members where people are looking at the same complicated problems from different angles.  If you look at the example of Aspect Ventures in the US, which was setup by two top-tier VC female partners in 2014, it represents a remarkable quantum step in the right direction.”

Suvir Sujan, Partner, Nexus Venture Partners, says, “We hire based on cultural fit, passion, raw smarts, ability to judge entrepreneurs and work with early stage companies, regardless of gender. We believe we are one of the few VC funds that includes women in the investment team. We cannot comment on other funds.”

Every industry is dealing with the issue of lower representation of women at the top today.

The market regulator SEBI took note of this last year and implemented a new law of having at least one woman on the board of publicly-listed companies. The response to this has been pretty lukewarm and SEBI has extended the deadline for the implementation of this law to April 1, 2015.

SMEs having equity share capital of up to Rs. 10 crore and net worth not exceeding Rs. 25 crore have been exempted from this rule completely. Even more prestigious firms like Reliance have gone down the road of putting family members of the promoters on the board -- a move reminiscent of politicians putting their wives and daughters in leadership roles while maintaining power themselves. SEBI’s noble moves have failed in spirit and are a harbinger that the unregulated VC firms will find it harder to change unless they proactively deal with this issue. The VC industry globally is also talking about it, but this important conversation has failed to gather attention here in India.

We are building a rapidly growing industry with an ever-widening gender gap. Studies have shown how presence of more women in a team makes it more successful. It is fair to assume that more women in decision-making positions in the VC firms will increase the probability of their success.

We have teams trying to build products for an audience with a major percentage of women without having anyone on the team who can understand the subtleties and nuances of tailoring a product to attract women audiences. Tracy Chou, an engineer at Pinterest and a leading voice for a more data-driven analysis of the issue of fewer women in tech, pioneered a noble effort of asking startups to publicly reveal data about the gender ratio of their employees. Check out the the 'Women in Software Engineering' stats full document here.

As the Chinese proverb goes,

The best time to plant a tree was 20 years ago. The second best time is now.

We need more Indian firms, startups and VCs alike, to openly address this problem. It is time to start a frank discussion on this and find the solutions together.

While we are celebrating the billions in funding in India, we also must look at inclusive growth.

Note: We requested many other leading venture capital firms to share their opinions but have not heard back from them till the time of publication of this article. Few others who responded “don’t have much to say on it.”