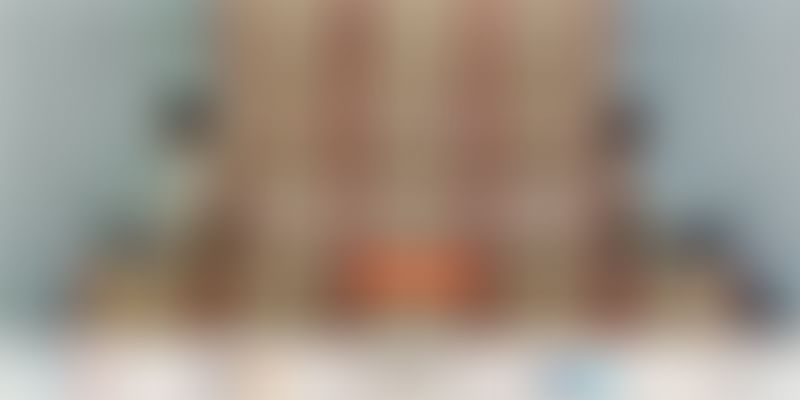 Capital Float is a digital finance company that provides working capital loans to underserved small business in India via a technology-led loan origination and credit underwriting platform. The Bangalore based company today announced that it has raised $13 Million in Series A financing to support the company’s rapid growth. The round was led by SAIF Partners and Sequoia Capital, with participation from existing investor Aspada.

Founded in 2013, Capital Float has created a proprietary technology platform to evaluate the financial health of SMEs and efficiently deliver working capital to a segment that is underserved by traditional banks. Businesses can apply online and get funds in less than 7 days (see how it works). The company currently lends to e-commerce merchants, small manufacturers, and B2B service providers across major cities. The company has been founded by Stanford MBAs Sashank Rishyasringa and Gaurav Hinduja and is a registered Non-Banking Finance Company (NBFC). Along with the headquarter in Bangalore, Capital Float has offices in New Delhi and Mumbai.

To date, the Capital Float platform has delivered nearly Rs. 40 Crore in loans to SMEs across 10+ cities in India. The company claims to have achieved record results in 2014 and saw a 10x increase in online applications, particularly in the e-commerce market where it has partnered with leading marketplaces such as Snapdeal, Flipkart, Amazon, PayTM and Myntra to finance small merchants selling online.

This round of funding will help expand Capital Float’s technology, enabling it to scale up nationally and launch new loan products. The company had raised a $4 Million seed round in mid-2014 from Aspada and SAIF, bringing the total capital raised thus far to Rs. 100 Crore in this fiscal.

“We started Capital Float with the belief that technology and data would be the key drivers in cracking SME financing in India,” said co-founders Gaurav Hinduja and Sashank Rishyasringa. “Over the past year, we’ve focused on building the platform to deliver what our customers want above all else – flexible and ultra-convenient access to finance that can scale with their business. By leveraging alternative data in our underwriting model, we are increasingly able to not only make faster decisions but also lend to emerging business models. We are very excited to partner with SAIF, Sequoia, and Aspada, and truly believe that we now have a world-class set of investors to propel us towards this vision.”