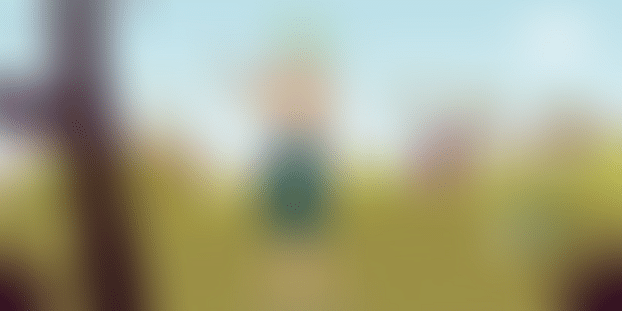 Karthik Natarajan honed his entrepreneurial instincts in a bevy of startups and businesses before taking the plunge and launching his own venture with Farmily. He says, “I started my career in the networking and telecom space. I was the founder and country manager for Juniper networks in the late 90`s and was successful in taking the revenues from 0 to $40 million in under 18 months. Post that bubble, I founded a company that helps early to mid-stage western companies in the networking area get to market in India. Two of those relationships in the IP telephony space turned into Joint ventures (Snom and Vegastream) which continue to function to date. It was in the JV with Snom where I cultivated a deep partnership and friendship with Dr. Christian Stredcke, a relationship now in its fourteenth year. He now works with me as Farmily`s CTO and co-founder.”

An easier choice would have been to keep repeating his success in the corporate sector. But the seeds of entrepreneurship were sown in childhood and not starting up was never an option. He says, “I come from a family of planters. My grandfather was a tea planter and rice merchant and my father a coffee planter. I grew up in plantations and was always ‘green’ at heart’. This led me to invest in a coffee plantation about three years ago near Sakleshpur, Karnataka. It was as much about getting back to my roots as it was about doing organic farming, which was becoming a buzzword and there was money to be made as well.”

Having invested in the plantation, Karthik set about acquiring its organic certification. But how Farmily came into being is a story of pure serendipity. “Learning that the local school required repairs, we agreed to fund the repair, helped with the building of the village temple, etc. This created news of sorts in the community, intrigued and perhaps even made locals wary as to what this ‘IT guy from Bangalore’ is doing in the village. A bunch of local farmers came to meet me. They mentioned, ‘It is nice you are doing philanthropic stuff, but then charity is a one-time event. We hear so much about IT and the huge salaries that IT people get in Bangalore. But it has done nothing to touch our lives. Is there a way IT can help us too?’

They also mentioned that they had planted ginger that season and decided not to harvest the crop. I was shocked as to why small farmers with land holding of 2 to 3 acres would not harvest their crop. I was given to understand that the price of ginger had fallen to such low levels because of over production that it did not make sense to even harvest it! I wondered if this was an isolated case or was this endemic throughout farming communities everywhere. I did some research and found that 30% to 50% of all food produced on our farms today never make it to the dining table! And nobody was doing anything about it.

This was such a huge waste. Here we are hearing about farmer suicides and people dying of hunger. I decided to put time and effort in finding the reasons for this problem. I teamed up with my buddy from school days –Balamurugan, who has been a farmer for the last 24 years and is now a co-founder in Farmily, and went about interviewing farmers .Our findings were a revelation,” narrates Karthik.

Their research revealed how exploitation is a by-product of a deeply flawed system of production and distribution where lack of open and flexible communication channels were the worst culprit. The second worst were the middle men. After diagnosing the problem, the solution seemed obvious. “Farmers currently sell their produce to the middle man (multiple in the chain) at the farm gate who in turn make a sizable margin before it reaches the consumer. This is primarily because they produce their crop and then are expected to sell it too. This causes production disparities and combined with sub optimal logistics, like the lack of cold storage, etc., lead to unacceptable wastage.

If this has to be solved, the fundamental way food is produced, distributed and consumed need to be changed. This can be achieved through demand based production where farmers produce to a future demand from buyers such as supermarkets, kirana stores, restaurants and other large buyers (one step from consumers). This enables better price realizations for the farmer while at the same time predictable demand and cash flows for the buyers. A win win situation for everyone.

The need for a platform that enables technology to integrate food production and consumption by producing food to demand with just in time logistics was clear. The potential to provide 60–100% more food by simply eliminating losses, while simultaneously freeing up land, energy and water resources for other uses is enormous and Farmily was born,” says Karthik.

Farmily works to empower farmers by ‘cultivating connections between farmers and buyers, farmers and other farmers, farmers and the ecosystem.’ Karthik likes to call it Facebook for farmers. He explains, “To make this possible the most important part is for the farmer and his farm to have a digital presence. Farmily creates this digital presence through a Microwebsite for the farmer where he can showcase his farm, his capabilities and his produce.

Buyers will be able to put up a demand for produce on the platform. Farmers can respond to the demand and are able to negotiate online and conclude deals online. Farmers can also put up their produce for sale and entertain bids from buyers for price discovery. Once deal is done, Farmily activates the ecosystem to leverage the transaction like finance, logistics etc. All is done in the language the farmer is used to and on his mobile phone. At scale this will provide farmers better earnings and reduce waste in the chain making more food available by bringing about efficiencies.”

The premise of Farmily seems to hinge on arming the farmer with a smart phone and on his knowledge of working the internet. There are, naturally, insurmountable challenges to making this happen. Karthik acknowledges the difficulty, but is unfazed. His philosophy is, “There are big challenges ahead. But with big challenges comes big opportunity.”

Indeed, history is on his side. He points out, “Mobile phone penetration has happened very deep into the hinterland. Nobody expected this to happen ten years ago. The same is happening for smartphones now. The proliferation of social media like Facebook, Whatsapp, etc., combined with the ever dropping prices of smartphones will drive rural users to get connected. The Indian government`s vision of putting a smartphone in every citizen`s hand by 2017 will boost this further. Farmily has been conceived as multilingual platform from the beginning and will solve user related problems too. The generational change is also a crucial driver.

But challenges remain and at Farmily we expect to overcome those by engaging with our customers and learning from the market.”

Farmily is currently funded by its founders. They are in the process of raising external funds. Farmily’s core team is comprised of individuals Karthik had encountered in his professional journey, people who share his vision and with whom he has nurtured excellent friendship and profound mutual respect. Karthik serves as the CEO. Dr. Christian Stredicke, as mentioned, is the CTO. Uma Priya Karthik, who is a CFO at his previous company JV, serves in an advisory capacity. His friend and farmer Balamurugan, apart from being a co-founder, offers invaluable insights in his advisory role.

Being an ecommerce platform for a consumer base whose access to internet is highly limited comes with its own set of unique challenges: “The biggest logistical challenge for Farmily has been getting the word out about the platform to farmers. Registering a farmer and getting him to complete his micro website content is a big challenge too. We have been able to solve the registration problem with technology in the mobile app through a completely automatic signup process. The microsite though is harder and we are doing this the old fashioned way-by calling them up, instituting Village contact programs with a ‘village Farmily champion’, leveraging agricultural student communities and so on.

Operationally, ensuring the quality and sanctity of the transaction on Farmily is a challenge. This is being solved through a peer based review and scoring system. Once a transaction is complete, buyers can rate the farmer on a scale of 1 to 5 based on the quality of produce, timely delivery and other parameters. Similarly the Farmer can rate the buyer too based on ease of doing business, genuineness etc. Over time this peer based review and scoring will ensure the quality and sanctity of the transactions.”

Things have not been easy for the Farmily team, but they express no regrets about the path they’ve chosen. Karthik says, “Our initial choice of technology was a disaster. But experience enabled us to quickly set that right. Leaving a comfortable well-paying business to launch a startup for the second time was not easy on my family. We all had to make tremendous personal sacrifices.

Christian had to travel every month from Boston to Bangalore to get the platform running and in full steam. This put a severe strain on him. But this is a choice we made together – a historical opportunity to create something new and change the agricultural ecosystem for the better. We are learning new things every day and the satisfaction that we are doing something that will change the lives of millions of farmers is something we will cherish all our lives.”

For Karthik, there has been no single best thing about starting up. Rather it is the small moments every day that culminate into an overall feeling of euphoria. He exults, “The best part of a startup is the adrenaline filled days of ups and downs, the challenges, the successes, the appreciations and the criticisms all coming at us at the same time. In the end, being able to build something from scratch and the ability to chart one’s own destiny is deeply satisfying.”

At this juncture, Karthik is bubbling with optimism about the future of Farmily. He says, “The key lies in execution and the founders are not novices at this. We have been there and done that. We believe in relentless execution and Farmily will execute to its fullest potential.

Challenges and challengers will keep coming, but that’s the nice thing about starting up. The opportunity to meet challenges and compete with challengers to win. That is what we intend to do. We are extremely enthusiastic and are sure Farmily will grow to become a unique sucessful platform.”

His positivity and energy are infectious as he concludes, “Starting up is no easy task! Having said that, there has been no better time in the history of our country to startup than now. Startup, go forth and conquer. If one believes in his enterprise and chooses to execute, the chance of a win are very very high.”