Andrea started playing hockey from the age of six and she was always a passionate supporter of the game. When she was 14, she started coaching the local girl’s team. Soon after, she moved to Berlin and started her own career in hockey. She was playing in the first division in Germany but had to retire on account of bad health.

Andrea came to India for the first time in 1998 and fell in love with the country and its people. She then started a business here – a travel agency which organizes vacations to India and other Asian countries. One day, Andrea’s business partner Dilip took her to his ancestral village Garh Himmat Singh located in the eastern part of Rajasthan – half way between Agra and Jaipur. The minute Andrea stepped in Garh Himmat Singh, she was mesmerized by its serene. It was as if time had stood still. She experienced great hospitality which made her feel right at home. While exploring the village, Andrea was shocked to see the pathetic school conditions, uninterested students and a high drop-out rate. Students sitting on classroom floors, scarcity of teachers concerned Andrea and she wanted to help in any way she could.

In 2009, Andrea came back to India with a mixed hockey team from Germany and they stopped in the village for lunch. From money that had been donated, they had bought carpets for the girls’ school, sweaters to help them brave the cold winters, furniture and also uniforms for those who couldn’t afford them. Andrea wanted to give these kids a real childhood and a vision for the future since she believes that a balance of sports and good education are proven techniques for a better life. She immediately thought of building a hockey ground in the village. During her next visit, she grew very fond of Dilip’s cousin brother, Chandu. When she pitched to him her idea about starting hockey for kids, he immediately offered her the ground in front of his ancestral fort. Andrea and Chandu soon ordered a roller to flatten the surface and make the ground more even. A donated second hand astro turf and enthusiastic volunteers eager to teach the kids have helped keep the spirit of HVI alive. Trained children have also started competing in state hockey tournaments to gain experience.

Initially, the conservative nature of the villagers was the major challenge before Andrea. They had never heard of hockey. However, the scene has changed tremendously due to her continuous efforts and now everyone in the village encourages kids to play the game. The villagers have accepted Andrea as one of them which has made things better for this ambitious project. Funding remains a major challenge since Hockey Village India is currently registered as an NGO and runs on generous donations and volunteer help.

With the project running successfully in Garh Himmat Singh, HVI is planning to set up more hockey villages all over India, especially in areas where there is a huge percentage of child labor. With the kids eager to learn, the number of hockey villages in India has grown to five. Besides quality education, HVI aims to set up its own Hockey Village league so that children from all hockey villages can compete against each other and improve their skills. On the astro turf in Jatwara, the second hockey village, just 8 km from Garh Himmat Singh, plans are to set up the Hockey Village India Academy where the best players will be recruited and provided with boarding facilities and international standard coaching. Current major focus of HVI is to find a corporate partner who will be employing these bright children later on. Funding remains a major challenge. HVI is always on the lookout for volunteers and funds to keep this project alive. The future is bright for the kids thanks to the ever inspiring Andrea Thumshirn. Anyone interested and inspired by the HVI story can be a part of it. 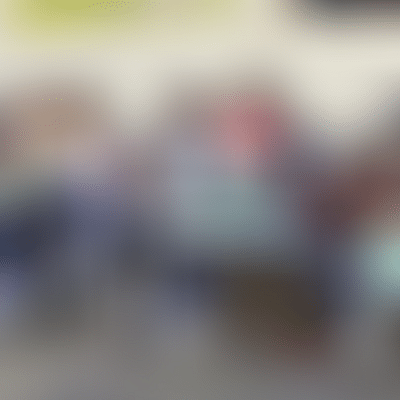