Bangalore is the ‘SMAC Valley’ of the East: top eight takeaways from SMAC Day 2015! 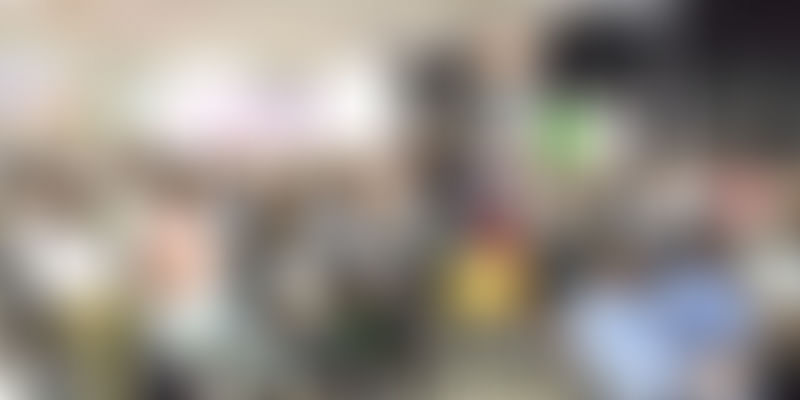 Social, mobile, analytics and cloud (SMAC) technologies are transforming society and business, and opening up new opportunities for startups not just in Silicon Valley but also in Bangalore. In fact, Bangalore can now be regarded as the ‘SMAC Valley’ of the East, according to speakers at the recent SMAC Day event hosted by TiE Bangalore.

Here are my top eight takeaways, insights and tips for startups from the 15 expert speakers, three panels and four workshops at SMAC Day 2015.

1. Assess the growth and impact of SMAC

“Digital disruption has demolished 52 per cent of the Fortune 500 companies since year 2000,” said Malay Shah, Director, Business Advisory Service, EY. By 2016, 50 per cent of large organisations’ marketing spend will be on social channels. In 2017, there will be 2.5 billion smartphones in the world, up from 1 billion in 2013. “This is the most disruptive era ever in the history of mankind, and it is going to keep increasing,” said Navneet Kapoor, MD, Target India.

“2014 was a blockbuster year for tech M&A, but unlike 2000 it is no bubble. There were 3,512 deals worldwide,” said Malay Shah. Most deals were in smart mobility. The largest deals in terms of investment size were in Internet of Things (IoT), according to EY data.

There are vertical opportunities in SMAC in domains like health, payment, social media marketing and m-learning. There are horizontal opportunities, as well, in security, visualisation, rich media analytics and cloud storage. Startups will need to figure out which combinations of these dimensions to target.

For example, SMAC is the biggest change across the retail sector, and it's not just tech transformations but a cultural revolution that is needed for retailers to succeed. “Harnessing SMAC is the only way for retailers to get back consumer mindshare,” said Navneet Kapoor, MD, Target India. “When you've been successful as a larger retailer, failure and risk are not easy changes in the DNA of the organisation,” said Kapoor.

3. Immerse in the user environment

Right from the early days of Usenet and Geocities, a sense of community has been a major success factor for online ventures, recalled Ram Narayanan, GM at the eBay Product Development Centre, India. “People have always tried to recreate offline communities online. eBay is more a community than an e-commerce player. The evolution of a community and network effects are key for startup success,” said Narayanan. He urged startups to use analytics to understand and nurture their communities of users.

“Modulate your business model to cater to B2B and B2B2C propositions,” advised Pratapa Bernard, VP, Vodafone. Tech players do not realise that some teachers don’t want the extra work of learning how to use IT tools, and, hence many well-intentioned edu-tech projects have failed. Startups need to address the needs and problems of all stakeholders in the ecosystem.

4. How large companies can learn from startups

Large enterprises are engaging with startups via hackathons, competitions, accelerators, investments and outright acquisitions. “Enterprise products and services are being transformed by SMAC. Startups have a better chance in the SMAC world than big legacy players,” observed Dilipkumar Khandelwal, SAP consultant.

The Target accelerator works with startups in India to accelerate its own technology agenda. Indian startup WazzatLabs has developed visual search tools used in Target’s apparel division. It is an absolutely necessity for large companies to learn the speed, agility and power of startups, urged Kapoor.

Four workshops were held at SMAC Day on startup topics ranging from product development and design thinking to e-commerce scale and digital growth hacking. Useful online resources were highlighted by workshop leaders, such as the Y-Combinator interview checklist, Apple interface guidelines and Google’s material design concepts, as well as the books ‘Inmates are Running the Asylum’ (Alan Cooper), ‘Top 12 Product Management Mistakes’ (Martin Cagan) and ‘How to Build Habit-forming Products’ (Nir Eyal). See also my framework of ‘The 8 Is of Design Thinking for Startups’.

A number of tools were recommended for design thinking: mindmapping (Xmind), storyboarding (Balsamiq), collaboration (BaseCamp, Trello) and prototyping (InVision). “Focus on folksonomy, and not just taxonomy,” advised Muki Regunathan, Founder, PepperSquare.com. In the longer run, India needs to address its serious shortage in design. “India has the least number of design schools in the world. If we don’t improve our design skills, we will struggle as a country,” cautioned Regunathan.

“If you're not thinking of mobile-first or mobile-only strategies today, you're in trouble,” cautioned Ravi Gururaj, Founder, Frictionless Ventures. “Mobiles are going to be the only computing devices for most people. Mobile-first and mobile-only experiences are accelerating,” observed Pratapa Bernard, VP, Vodafone.

Efficient content delivery is a pressing need for a good mobile experience, especially in rural areas. A lot of innovation has been driven by paucity of bandwidth, eg audio-based services in Africa. “Voice-based products are very important in emerging economies. The US did not need that so we've mistakenly missed out by following only the US example,” said Bernard.

“80 per cent of our transactions come from apps, 10 per cent from mobile web – altogether 90 per cent of transaction contribution is from mobile,” said Alok Goel, CEO, Freecharge.in. The company also offers gifts in the offline world based on recharge points for its 30 million users. “Recharge is a very heavy-use category. The average user conducts six to eight transactions per month. Mobile users are more sticky,” he added.

“We use cohort analysis to track and tackle decay,” said Goel, urging startups to track why earlier customers may not be coming back – this reveals useful clues about what else the product could be offering. Design for the PC Web gives users many choices from which they can pick; but mobile design has to get cues from context. “Interaction design and information design are key for our success,” said Goel.

HealthifyMe has different app designs for consumer and doctors: consumers are mobile-first, nutritionists uses PCs as well. Practo captures a lot of lab and clinic information right at the source via tablet-based workflow design.

Emerging frontiers in mobile are wearables. “We're rolling out our wearables products, made in China,” said Tushar Vashist, CEO of HealthifyMe. The devices are priced at Rs 2,500. There are two kinds of wearables in the industry - silent trackers and output-burst wearables (eg. Apple’s i-Watch).

Tapping the India market calls for localised strategies and local services. “We have a mobile wellness platform, with a food calorie counter for Indian food,” said Tushar Vashist of HealthifyMe. There has been much talk about India’s Internet content crossing the tipping point from English to Indian languages; a lot of digital content consumption is indeed taking place in Indian languages, but monetisation is slower.

“We're seeing huge demand from Tier 2 and Tier 3 cities, and are expanding to 35 new cities,” said Shashank ND, CEO of Practo, a B2B2C platform for appointment booking for doctors and patients. Acquisition of doctors is offline and customers is online, hence the app subscription process is easy, cheap and fast, he explained.

While mobile is taking off in India, the situation is different for cloud products. “India is still a tough market for startups to pitch cloud products. Ironically, Indian corporate customers still want to see and physically meet a company that sells SaaS products,” said Rajinish Menon, CIR and Director for Startups at Microsoft.

8. Bangalore as a SMAC hub

“The number of SMAC startups in India focusing across verticals will cross 2,000 in 2015, up from 450 in 2012,” predicted Malay Shah of EY. For Bangalore to retain its status as SMAC Valley of the East, it will have to aggressively attract and retain capital, talent, ideas and market opportunities. Events in Bangalore like TiE’s SMAC Day and others like Social Media Week, Mobile India, TechSparks and MobileSparks will spur the larger ecosystem for startups in this space.

And while startups battle it out to harness and promote their SMAC offerings amidst criticism of feeding off venture capital only, it is the Indian consumers who will win at the end of the day. “Indian consumers are benefiting from the e-commerce frenzy, thanks to VCs like Sequoia,” joked Rajinish Menon of Microsoft.