For the love of cricket, apps ready to bowl with ICC World Cup 2015 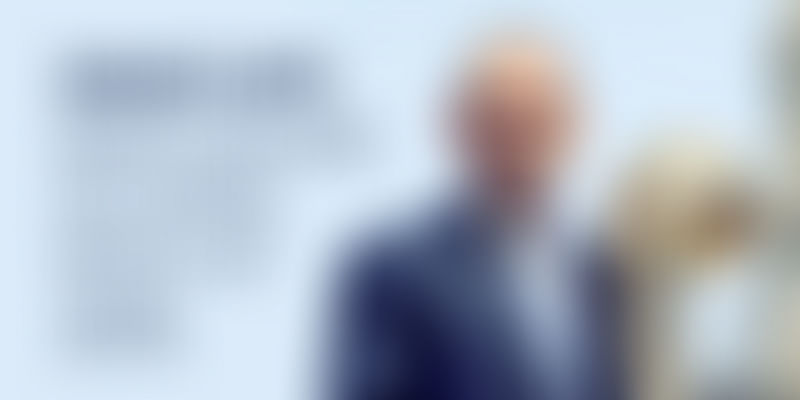 “Cricket is a pressure game, and when it comes to an India-Pakistan match the pressure is doubled.” - Imran Khan

India clinched the ICC Cricket World Cup in ODIs for the first time under Kapil Dev’s captaincy in 1983, reached the finals under Sourav Ganguly in 2003 and finally clinched it for the second time under Mahendra Singh Dhoni’s captaincy in 2011.

With the ICC Cricket World cup 2015 in Australia around the corner, many of us will be glued to our television sets following the live action. India starts their World Cup campaign at the Adelaide Oval on February 15 against Pakistan. While it may not be possible to stay in the vicinity of a television set all the time, we generally have access to our smartphones and laptops.

So here’s YourStory’s compilation of cricket-related applications worth trying out.

Cricinfo was founded in 1993 and acquired by ESPN in 2007. ESPNcricinfo claims to be the #1 digital sports destination in terms of unique audience, visits, page views, & etc. The ESPNcricinfo app gives users access to exclusive content related to the cricket World Cup, including coverage of the event.

In a conversation with YourStory, Nirmal Kizhakke Veetil, Associate Director-Mobile Product at ESPN, explained the USPs of their app, and how users could access match archives from over the years, ball-by-ball updates of matches, player statistics, points table, records, videos, galleries & etc. He also confirmed that in a given month on a global scale, users spend up to 2 billion minutes across mobile or tablet devices (web and apps), and their videos receive millions of views.

Users can watch match highlights, replays, video highlights for batsmen and bowler innings and read columns or featured content for free. Users can also watch live matches on their smartphones, but this comes with a subscription fee.

Matchup Cricket is a real-time fantasy cricket game where users can earn free recharges and talk time. They can compete with friends to earn points, which can be redeemed for mobile talk time or Freecharge recharges once a user crosses 300 points.

You can make pre-match predictions, i.e., winner of the toss, match, man of the match and live match predictions for every ball. These include runs scored in an innings, wickets taken by a bowler, number of runs, dot balls in an over, among others.

The app provides statistics of the batsman and bowler playing to help users make an informed choice. It’s available in Hindi and English, besides including an audio mode that can be used to hear ball-by-ball updates. User can keep track of their progress through a social leaderboard and earn free talk time by referring their friends to sign up.The team is also in the process of introducing new features such as custom predictions based on the context of the match, making predictions within push notifications without opening the app etc.

Cricking is a fantasy ball-by-ball prediction game that allows users to challenge their friends and participate in the live cricket match. Users can predict the results of each legal ball in an over. They can also predict the number of runs that’ll be scored, number of fours or sixers and number of wickets that’ll fall in an over using virtual coins within the app.

As there is no real currency involved, the game is legal. The app also claims to give users the fastest live cricket scores, ball-by-ball audio-text commentary and world cup video highlights. Users can participate in cricket trivia and mini games to earn free coins if they run out of them.

Related read: Cricking bowls a googly with its live score and prediction app

Created by Ramesh Srivats’s company TenTenTen, Fantasy Cricket gives users the chance to create and manage a team of players from around the world. Each user is given 1 million credits in fantasy currency, which they need to create a virtual XI. This is a web-based application that requires users to login using their email or Facebook accounts to participate. Each fantasy team has to meet certain criteria like squad balance and team spread in addition to sticking to the budget.

There are two game modes. In the ‘Tournament Mode’ that runs throughout the ICC Cricket World Cup, users can make substitutions to their squad before every match (up to a certain limit). In ‘Match Mode’ users have to create a playing XI for each match being played.

Players, then, start earning user points based on their actual performance in the ICC World Cup matches. There are points for batting, bowling, fielding, as well as bonuses for being Man of the Match. The fantasy team with the most points wins official ICC World Cup merchandise.

Related read: Ramesh Srivats on what not to do on Social Media and how to build a brand

This app provides live cricket scores on the lock-screen of the user's smartphone. It was designed especially for ICC Cricket World Cup 2015 to ensure that users could keep themselves updated without having to unlock their phones and open another app just to find out the current score. The developers claim that there is minimal battery drain as the app is light and fast.

Which apps or services will you be using to follow the World Cup? Are there any other cricket apps that we may have left out? Do share in the comments below.