From just an idea to Series A funding: the Artoo story 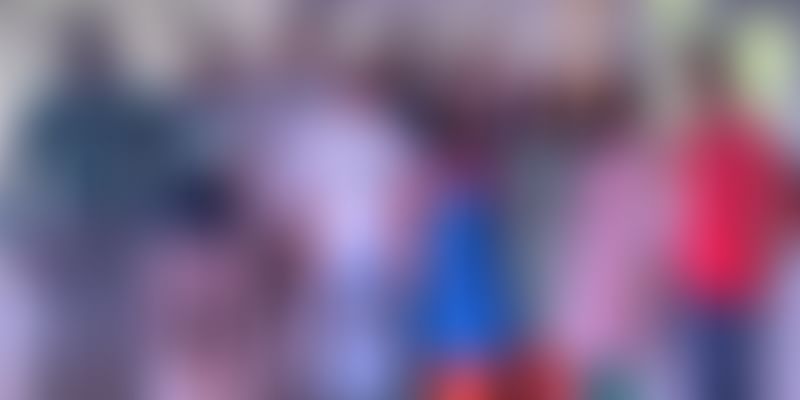 After Villgro’s seed investments a year ago, Artoo has recently raised $500,000 (Rs 3.1 crore) in Series A funding from Accion Venture Labs and Rianta Capital’s Artha initiative.

When we last spoke with the company in 2012, the team had just a few branches working on pilot projects. “Everything was on a smaller scale; we could just pick up the phone and quickly go to our branches,” says the Co-founder Kavita Nehemiah, pointing out that now they operate all across India.

Artoo has travelled its way from being a technology provider to facilitate paper-intense processes in businesses at the bottom of the pyramid, to banking and financial services for the same category of customers. It has 350 branches all over India, disburses USD 3 million in loans reaching more than seven million end users, and is able to increase its capacity by 20 per cent a month. “Our customers have shown their productivity is 400 times higher; they reduced the customer acquisition cost by 40 per cent and the loan turn-around time by 40 percent, representing a three-to-eight month return on investment,” tells Kavita proudly.

Sure enough they’ve overcome the difficulties in explaining to VCs what categories they fall in, which was a bit of an issue in 2012. “We are in a different situation from most social enterprises; we are building technology for social entrepreneurs,” Founder and CEO of Artoo, Sameer Segal told YourStory TV three years ago.“Traditional social VCs said, ‘We have a mandate to find any kind of business and initiatives in these existing sectors. How do we quantify your impact?’” Sameer could have not shown the numbers that Artoo would reach few years later, but obviously he did not need to.

Despite the transformations Artoo has undertaken, the fundamental belief that a product should be crafted according to the local conditions has remain unchanged. “We’re trying to understand what the aspirations of people at the bottom of the pyramid are, and slowly trying to build the internet for them,” said Sameer in our last chat.

The ambition of including the BoP segment in the internet network has slightly changed because the team acknowledges that connectivity is very detrimental in most of rural areas, where sometimes people lack access to basic 2G. “Our product works offline. There are just certain functions that field agents do on the internet, for example when they submit data to the backend. So far this has been successful because agents need only occasional connection,” explains Kavita.

Nevertheless, the company approach in 2012 was “to go by the problem and see what kind of impact we can make.”They now say that “unless you really work bottom up, things just don’t work at all.”

Artoo is planning to use their new capital for three main factors:

“We are now 16 people, 10 of whom have been with us for some time and the other are going to join us in the next few months. We’d like to grow to 40 by the end of the year,” says Kavita. “The reason is that we are in a stage where we’re facing lot of operational challenges. To overcome that we need more people especially for customer service.”

Kavita adds that finding skilled engineers passionate about the cause is still a challenge. However, she continues, “We’re very fortunate to have extremely talented and multilingual people on our team who allow us operating in many different geographies. At the moment, we provide training in three different languages and support in even more idioms.”

“Different versions of our product have been used. It is in a good phase, but there is a lot which we still need to do,” the team explains.

“We’ll explore different contexts. Our next destination is South East Asia, and we are looking at Philippines because the context is similar. We’ve done bit of groundwork there.There are lot of interesting microfinance institutions.”

Kavita concludes that the ultimate goal Artoo wants to achieve is to serve the end customer directly. “We don’t want to be just an enabler, but work with the customers themselves, because we could enable greater financial inclusion.”

The Artoo story proves that simple technology can not only effectively revolutionise financial inclusion, but also turn into a very successful business if it is combined with careful observation to what happens on the field. The team still has to work on several aspects like customer assistance, which isn’t trivial, because it’s highly demanded of such work and necessitates multilingual skills. However, Kavita says this is one of Artoo’s priorities and they’ll dedicate time and resources to it.

While waiting for new developments in the start up’s journey, let us celebrate a team that’s proved social entrepreneurship can be profitable and highly impactful venture.