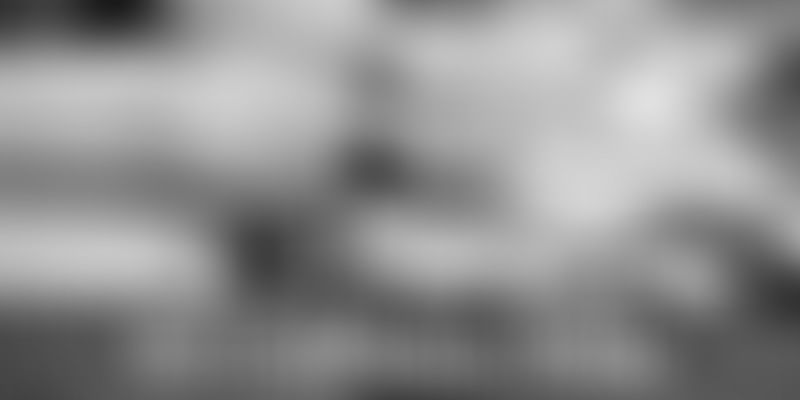 The World of Toys, the international fair programme by Spielwarenmesse estimates the Indian toy industry to be about $1.4 billion. For a market as wide and varied as India, there is space for traditional, local toys and organised players like Fisher Price and Playskool apart from the increasing consumption of easily accessible stuff as well as the imported variety from China and Italy.

However, the toy industry in India, is still a rather unorganised segment. With an increase in demand, many focus on producing inexpensive, unbranded toys that cannot compete with the increasing influx of imported toys.

It is to cater to this growing need and create an organised Indian toy brand in the market, Shitij Malhotra and Priyanka Prabhakar started CocoMoco Kids. Over the last two years they have designed over 25 children's games, some of which have also been showcased at the Spielwarenmesse International Toy Fair Nürnberg in February this year.

A computer science engineer, Shitij was working in a consulting company in Pune before starting an e- learning company with his school friend. "We used to make learning content for corporates. We had big brands like Lufthansa, Mercedes, L'Oreal, for whom we would create learning content," says Shitij.

Though the company was profitable, Shitij left it because he wanted to do something in product development. "The company, which we called Freshlime Media is still run profitably by my partner," adds Shitij. He joined a Stanford university program in India, which invents medical devices. Elaborating on it he says, "It was called Stanford India Bio Design, which aims to find new solutions to healthcare problems." The team developed a device that transfers patients from a stretcher to a bed, a product that was bought by MGM associates in Delhi.

Priyanka hails from a digital marketing background. When the duo met, she too had just quit her job from Webchutney. "We were thinking what to do next. The kids space seemed interesting to us because, it was fun and creative. And, more importantly, if you hit gold with kids products, they outlive generations," says Shitij. As subscription was hot property, two-and-a half years back they got into the space.

Initially, the subscription service was called Traveller Kids. The subscription service was based on creating boxes of educational games.With the belief that games are the best way to learn and educate children, Shitij and Priyanka created various games around geography. Each box included world maps with stickers, pretend play passports, visa stickers, monuments and language stickers.

However, the duo had to change strategy and sell the products separately. Shitij says, "Subscriptions are difficult, you're asking people to pay you for six months upfront with the promise that you will send products in continuously. This requires trust and money upfront. Concept-selling is another big thing, so we didn't see the scalability of the model. Soon we realised that getting people to subscribe was getting increasingly difficult and it was easier to sell the same things as stand-alone pieces."

The duo took each of these games and began selling it online at Flipkart and Snapdeal. And with time opened it in the retail space. Since Traveller Kids had the travel connotation associated with it, they decided to rebrand it as CocoMoco Kids. Talking about the problems they faced in the shift from a subscription base to a retail base, Shitij says, "The distributors needed some convincing. They are not open to new names, and they gave us very hard terms."

Jokingly Shitij adds, "But this has turned us product designers into hardcore sales guys. So before we actually end up making a toy, we talk in terms of where will these 3000 pieces actually go."

CocoMoco Kids has its presence in multi-brand premium toy or book stores in Delhi, Mumbai, Pune and Kolkata. Apart from this, they are also present in the online space, and participate in toy fairs across different cities. "This is how we initially seeded our products - at exhibitions. Since our toys are educational in nature they are designed for a certain set of parents and children. It was during one such exhibition that parents came in asking for return gifts. These return gifts worked as a viral channel for us," says Shitij.

Speaking of the current trends in the market, Shitij says, "There is a huge gap between the domestic market and the internationally imported toys. The domestic ones are not up to the mark and the international toys are expensive. Parents are actively looking for new content, so they are open to something new and different. Our games are affordable starting at Rs.50 and are also educational and quality-driven."

Talking about their future plans Shitij says, "We have got a decent response in our first year in the Spielwarenmesse International Toy Fair and we are already sampling for a Canadian company and are hoping to close a few more deals." CocoMoco Kids are looking for more funding as they are a bootstrapped venture. "We have traction in most segments like the retail space and online, but we are looking at the international markets and across the country. We also hope to get direct traffic to our website," says Shitij.