NewsHunt shows how the future of business lies in going local 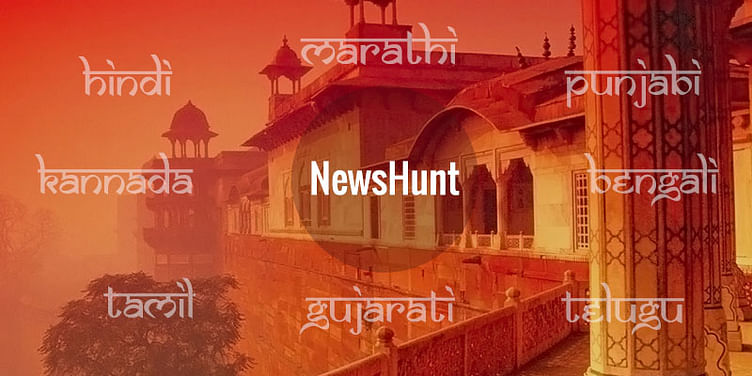 When new businesses think of India they think of the 350 million plus strong middle-class with increasing purchasing power, or the tempting fact that the total number of mobile Internet users in India is expected to reach 213 million by June 2015.

According to Virendra, the economic power of India comes from these people. “They are our ‘sone ki chidiya’,” he says. They are coming to the Internet for the first time and that too on their mobile phones. “Any business that comes to India has to talk in their language and not just the business language,” he adds.

The NewsHunt team led by Virendra’s visions is building an internet for these very people. “It is about what they want, how their experiences are going to change over time, what capability do they have in terms of consuming content, commerce and services; and what are the payment mechanisms that will work best with them,” Virendra tells YourStory.

It is estimated that India has about 100 million English speakers, which when put in the context of 1.27 billion population of India is indeed a minority. Yet the irony is that the non-English speakers have for long been excluded from the scheme of things. “I come from a small town, Jodhpur. And I can see people questioning what is in it for us,” Virendra tells me on the sidelines of the YourStory Fireside Chat recently.

Figuring out how to give people their local language Internet is the reigning sentiment at the NewsHunt headquarters located at the edge of the fast-developing Sarjapur area (equivalent of Gurgaon) in new Bengaluru. From the rooftop here, Virendra’s dream does not look impossible.

NewsHunt has built a consumer base of over 100 million in the last two years and has over 36 million installs (as of Feb 2014). It is the only ‘Indian’ app in A C Nielsen’s list of top 10 apps in the country, which includes biggies like Whatsapp, Facebook and YouTube. Reportedly, NewsHunt users spend more time on it than even on YouTube and Facebook.

As the evening sun sets over a busy work day, Gupta takes us through the initial days of sweat and tears of building NewsHunt. “Our first app was built for operating system Symbian and Java where we solved the problem of local language fonts. As you know, operating systems then did not support vernacular fonts. The other thing we realized was that news was consumed by all and so we built this service by partnering with vernacular newspapers, hand-set manufacturers and app distributors, and did some marketing through third party ad networks,” he says.

As fortune is want to, it favoured the brave at Newshunt. The good thing that happened with NewsHunt was that Android came along, and telecom operators put in a lot of money on the 2G, 3G, and 4G networks subsequently. “When we launched NewsHunt, to get data setting on your phone was a difficult proposition, let alone running apps. You had to call a call centre, wait for five minutes or so till the operator sent the settings to your phone. Today, phones come with pre-embedded settings, app stores are there to discover apps, Android has made deep inroads, NewsHunt has grown, and people now have a destination to go and consume content in their own language,” adds Virendra. For the past 36 months, NewsHunt has been the number one app in the news category with people from 800 cities making it their daily haunt.

A successful tech venture is all about partnerships. Giving Virendra company on the pleasant summer evening atop the NewsHunt office was Matrix Partner’s MD VikramVaidyanathan. Says Vikram, “The future of the Internet for India is not Made in California. It is Made in India where people are discovering new services and new content in their own languages.”

When Matrix Partners poured funds into the startup 24 months ago, there was no clear business model. “We took a leap of faith,” reveals Vikram. That was possible because NewsHunt had shown what it was capable of. Vikram believes the thesis behind their funding was the pace at which NewsHunt had acquired users that too at a very low cost.

The second part of the thesis was that the app was fast, worked on all phones, in all languages and worked on the lowest possible data. “They put the users first, starting with users of low-end phones to those using lowest data. They did not fuss over issues of UI and UX,” adds Vikram.

Throwing light on how an investor sees this business, Vikram believed that together with NewsHunt they took this leap of faith with the understanding that if they acquired large users then a business model would eventually emerge. “We tried a lot of things. We have so much inventory and so many users you can get anything discovered on the platform. Simultaneously, some of the technology the company had already built was ripening, and you could charge the same user for the service. NewsHunt is the only company, besides the telcos, that charges one rupee per service. The proof of the business model is the ebooks, and other services that we are working on.”

Virendra feels that there is no single formula for acquiring customers. “But the good news is if there was a formula, anyone could steal it,” he quips. When they started, they received a lot of genuine interest from people who wanted to put the app on their app store. The second thing was that until they raised money, 80 % of customer growth was organic and through word of mouth. Third, according to Virendra, there is a parallel eco-system beyond Android where huge distribution of apps happens. “So what was happening in China is happening here, and we had to figure out how to partner with these people,” says Virendra, adding, “Another interesting thing that happened was that a lot of app stores and app sites were picking our APK to attract customers to their sites using our app, so our app was getting downloaded. This gave us a lot of download numbers.”

At this point, Vikram recalled a colleague’s observation that India is about Android and not about the app store. He added that NewsHunt is one of the few companies that is using this important distinction to its advantage. “All these Android users are hanging out on some or the other software update sites; what is important is to find those places. NewsHunt’s user acquisition engine is tailored to find where they are hanging out and bring them to a download,” elaborates Vikram.

For Virendra, the secret ingredient responsible for a venture's success is the team. “We are very qualified professionals and senior guys who are building the next gen platform. There is great chemistry, and we enjoy the work culture with each of us bringing our own value systems,” says Virendra looking fondly at his team members.

AddsVikram, “Technology is at the heart of this team. When you walk across the office, the talk is always about technology and engineering. It is about building local language keyboards or speech to text programs; such complexities involve immense engineering talent.”

Besides the team, having a strong partnership ecosystem is what helps push the envelope. NewsHunt recently acquired Vauntz which has developed an analytics platform and a social shopping app. Virendra is happy to listen to anyone who wants to reach out to local language users by partnering with them.

Says Vikram, “We can’t create everything ourselves. The question we are asking constantly is what more can we offer. Is it games or eBooks? We want to build a dynamic platform (something like Facebook where services get discovered) which will enable micropayment. That is the problem we want to solve -- discovery and payment.”

It is rocket science, after all!

Admitting that mistakes are a part of the game, Virendra says one does feel depressed when things do not go the way one wants them to. In that respect, it is like any other job. “But yes, what drives us is the impact we see ourselves creating in the ecosystem. When you hear that a student is getting knowledge which has helped him pass a government exam, or when we bring a smile to a native of Kerala living in Mumbai because he can read his regional newspaper on our app, are stuff that keep us going.”

But the trick to building a startup into a company comes from the VC. Vikram says what is essential is to keep creating momentum. “Like a rocket engine, the startup founder needs to keep creating a thrust, a momentum at regular intervals.” In that respect according to Vikram, Virendra is a hard task master. “He will find out where the bottleneck is and give the guy a pat on the back, as if saying, get to work buddy,” reveals Vikram with a laugh. As the cool breeze carries his words into the night, the promise of big things to come hangs in the air as a good omen.