How Threadcraft ensures ‘chikankari’ artists get their due 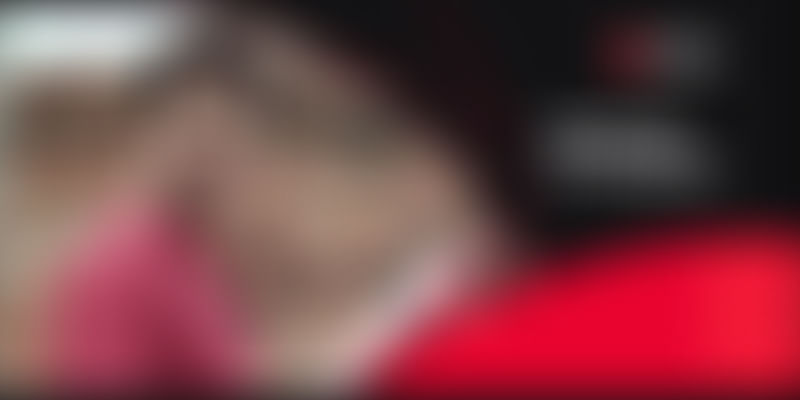 This story is a part of Portraits of Purpose series sponsored by DBS Bank.

‘Chikankari’ is a form of embroidery believed to have been introduced by Empress Noor Jahan, wife of Mughal Emperor Jahangir. This intricate form of embroidery is well known not just in India but all over the world. However, like all folk artisans, the ‘chikankari’ embroiderers lead a hard life with the bulk of the sale proceeds eaten up by middlemen.

This is what Mohit Verma addresses with Threadcraft India, his enterprise that works directly with artisans to ensure that they earn their share and the age-old tradition of ‘chikankari’ is preserved.

Born in Lucknow, the city of Nawabs, Mohit comes from a middle class family with a business background. Ever since his childhood, Mohit was well versed in the business culture. His grandfather was a goldsmith and held a diploma degree in the same, but never took pride in what he was doing. Similarly, he saw many of his aunts and women in the neighborhood involved in ‘chikankari’, but they took least pride in it. According to these women, and Mohit’s grandfather, any work that fetched bare minimum income didn’t have value or dignity in society. This thought disturbed Mohit, and since then he decided to do something for the betterment of these artisans that would give them and their art due respect.

Mohit’s childhood and early life was full of ‘trial and errors’. Back in school, boxing and judo interested him a lot. He is also a state gold medalist in judo. But his interest in defense took over his interest in sports. So after completing his higher secondary in science stream, Mohit decided to join NDA, and dropped one year to concentrate on preparing for the exam. However, joining the Army did not work out and nor did becoming a CA, but Mohit was not discouraged. His urge to do something good for society became even stronger.

“I always wanted to earn a lot of money but ethically,” says Mohit.

After graduating in commerce, he got a job at IBM. Though he was carrying a hefty amount back home from his job, he could never get over the thought of doing something of his own. “I had the ‘keeda’(urge) in my mind that come whatever, I have to do something of my own and earn a lot of money but definitely via ethical means,”says Mohit. He quit his well-profiled job after three years before moving on to do MBA from IMT Ghaziabad.

His dive into social entrepreneurship

Threadcraft India was first tested out during the platinum jubilee of TISS. With prior permission from the institute, Mohit set up a stall selling ‘chikankari’ items. He managed to earn a reasonable profit, though the items sold were not manufactured by him. This motivated him to set up his own manufacturing unit, which is now called Threadcraft India.

The company owns a centre in Lucknow which has engaged with over 25 women embroiderers and one team leader to supervise them. Embroiderers or artisans have the option to either work from home or from the centre. Threadcraft is the link between buyers and artisans. The fabric is bought according to the orders received. It is then dyed, marked with imprints and handed over to embroiderers. The embroidered fabric is sent for washing. Finally, the ready fabric is packed and sent to the clients.

The embroiderers are paid a fixed price on a regular basis. In just five months since inception, the company has doubled their income.

Given the intricate nature of work, free eye check up camps are regularly conducted for the artisans. They are also given spectacles if required. Through this journey of Threadcraft, DBS Bank has been a constant support.

Threadcraft is one of the 30 ventures DBS Bank India has supported in the past three years as a commitment to give back to society. At the core of DBS Bank’s corporate social responsibility efforts is their support for social entrepreneurship across Asia. In India, DBS has partnered with TISS and launched the DBS-TISS Social Entrepreneurship Programme wherein they not only seed funds for these social enterprises but also act as a mentor to various innovative entrepreneurs from TISS. Mohit says that raising funds is a challenge faced by every startup, but with the help of DBS Bank, they even survived the financial crunch.

At present, Threadcraft India has clients in two segments — boutiques and exporters. It is in collaboration with a few boutiques in Mumbai and an export house. Orders placed by boutiques are completed by embroiderers working at the centre and orders placed by exporters are given to trusted agents who get their work done from artisans without exploiting them. DBS Bank India has constantly supported the venture, both financially and as a mentor. The Bank has also been their adviser and has been conducting regular meetings to help identify and work on drawbacks.

Since Threadcraft India functions in a niche sector they face various challenges. Finance is the main concern, as their income depends upon boutiques and export house, even though costs are high. Others include finding good artisans, who are very few. “This industry is so saturated that drastic changes cannot be expected. However, gradually things might change,”says Mohit.

Mohit considers challenges a part and parcel of living, and plans to convert the venture into a self-help group (SHG); and also tie-up with NGOs that are already in collaboration with SHGs. Eventually, he hopes to export these products himself to be able to share the gains better with artisans.