Is Net Neutrality more important than internet access? Why Babajob is on Internet.org 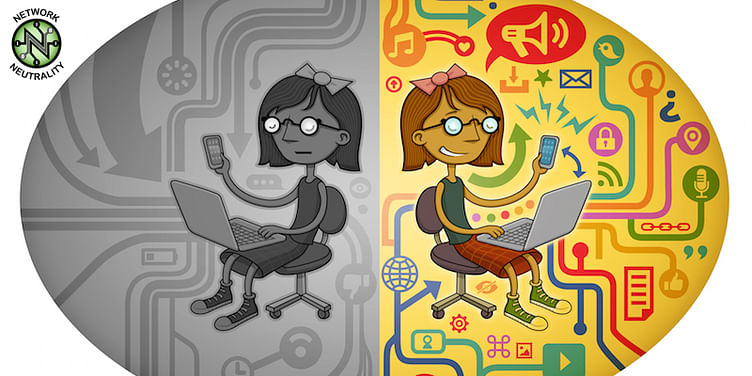 Two days ago, a thoughtful and passionate article was published by Mahesh Murthy slamming the telco industry, internet.org and India's wider anti net-neutrality efforts. It specifically called out babajob.com:

"One of our telcos, Reliance, has already gone ahead with this Facebook-driven evil scheme called Internet.org - where you can access Bing for free, but you have to pay to access Google - and you have access to BabaJob for free, while you have to pay for Naukri.com. They've sold it as a "solution for poor countries" but what they really mean is that it's a "solution to keep countries poor".

Here's the link: Airtel and Vodafone want to make more money by screwing with India’s internet. Here is how you can stop them

For a funnier explanation of net neutrality, check out John Oliver's critique here:

So, you may ask, why did Babajob choose to work with facebook's internet.org and create a partnership at odds with the principles of net neutrality?

The answer is simple. Our vision is to enable everyone - especially the middle and base of the economic pyramid - to get a better job and earn more money. That's why we exist and we thought this partnership had the potential to dramatically increase the number of people who could access Babajob to find better jobs for free.

When Facebook approached us in July last year, they told us that millions more people were using the Internet in Africa because of Internet.org and that job search was among the most popular activites. That's amazing when you think about it - by offering a portion of the Internet for free (which definitely goes against net neutrality), millions of people - too poor or previously unwilling to pay for the Net - were now online and searching for better livelihoods in the span of a few months.

The problem with the Internet in India today - the one that exists now where most bits are charged the same - is that it's far too expensive for most folks. According to TRAI, Only 20% of India is online - and that includes all those people who turned on 2g once on their phone.

In short, the Internet is simply not relevant enough to most Indians. It's largely in English, it's expensive and it's full of content that's not particularly relevant for most women, the elderly, the poor, the under-educated and the rural.

In many other markets - TV being a great example - content was made free and then supported by advertising e.g. a limited number of broadcasters got to choose the TVs shows that aired and paid for it all with ads. This made TV accessible to everyone, assuming they could afford the price of entry of a TV set. You could definitely argue that a broadcaster choosing a TV show went against the concept of "TV-neutrality" but in exchange, everyone got free content aka TV shows.

In facebook's Internet.org case, they included sites like Babajob that work on low-end phones, made their sites available in local languages and offered something useful to them (like the chance to find a better job or get health information).

In markets like the US where Internet penetration is much higher, I think the debate about net neutrality is much more relevant. But if we hope to bring most of the Indian population online, something's got to give:

We worked with internet.org because it represented a compelling new business model that did not depend on the government giving up lots of revenue, looked like it was quickly expanding Internet access in other countries and would help our ability to reach aspiring workers. It felt like an experiment worth trying and I sincerely hope that the Indian government keeps trying new models to get many more Indians online, even if they do go against the status quo and butt up against net neutrality.

Mahesh is certainly right about one thing - the TRAI position paper on this topic is terribly misguided. The goal should be to expand Internet access to every Indian - not to protect telco profits and outdated business models - and the transparent attempts by the telcos to squeeze the new internet players are wrong. Hence, please keep petitioning away - a better, more nuanced, more informed Net Neutrality debate can only make the legislation better.

Disclaimer: Internet.org is an advertiser on YourStory. Facebook and Reliance Communications have partnered to bring Internet.org to India.