The Himalayan yogi who knows his billions 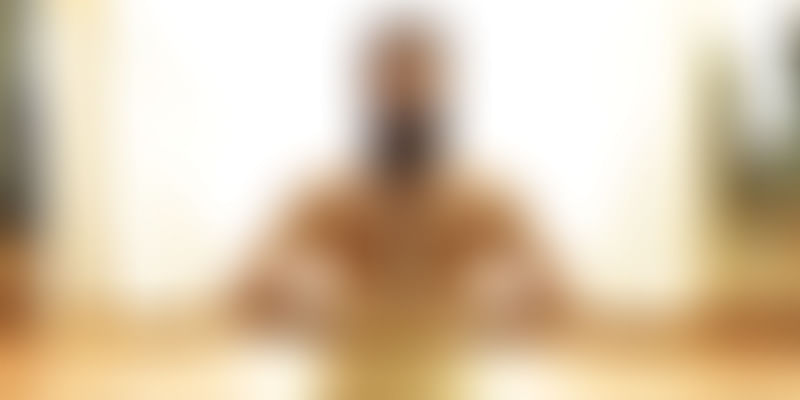 “Seventeen billion dollars,” he says with incredulity in his voice. “That is what the business of yoga is worth in the US.” As if to affirm the enormity of that figure, in case it did not rattle me enough, he takes a ballpoint pen and writes “17” on a piece of paper and shows it to me.

It was to give yoga its due in its birthplace that Akshar, along with other well-meaning yogis around India, decided to give momentum to the Yoga Alliance International in India. Akshar says yoga is India's property but we started valuing it after the yoga industry in the US packaged it for the masses. “How can a mother leave her child with someone else to nurture him?” he asks. “So far, we knew only about yoga alliance in the US. But yoga is our knowledge. Why should an alliance in the US certify our teachers?” he asks.

Coming from an acclaimed yogi culture rooted in the Himalayan tradition, his concerns are valid considering that a large chunk of yoga teachers in India is certified by the yoga alliance in the US. He is confident that the yoga alliance in India is now strong and many yoga schools around the world, including Russia, China, mainland Europe, and some even in the US are affiliated to this alliance. “We certify them and not the other way around,” he says. There is now a World Yoga Organisation operated from India where Akshar is an international representative. He is planning future events to actively promote yoga, including a world yoga conference in Bengaluru very soon.

In the right spirit

With shoulder-long hair tied in a bun near the crown, a long beard grazing his neck, and reams of clothes in various colours tied around his waist over the ready-to-wear dhoti, Akshar distinctly resembles illustrated versions of sages in Amar Chitra Katha. But he is no Sudama who has lost his way in the bustle of the city. Founder and owner of perhaps the most successful yoga enterprise in Bengaluru, Akshar talks business like an IIM graduate. Sitting cross-legged on a yoga mat at the fifth Akshar Power Yoga Centre in Hebbal in the city, this young man in his early 30s commands respect from yoga practioners and followers.

Akshar Power Yoga is on an expansion mode that is keeping Akshar on his toes. He is back from a property scouting trip in Coorg for a centre, which according to him would be the Shaolin Temple for yoga. “This centre would give commando-like training to yoga aspirants,” he says adding that he envisions it to be the be-all and end-all of yoga training in the world. He is building a centre in Mysore, considered the yoga hub of India.

As I enter the institute to meet him, the morning class for an advanced course in Shakti Flow is concluding and there are three well-established teachers -- one from Iran and two from Paris -- taking the course. He gestures me to sit on a yoga mat placed near him. A little away from us is a circular brick installation that is to be lit up with diyas for the late evening meditation session.

Shakti Flow, he explains, is for teachers of yoga who want to take their personal practice to the spiritual level. Later in the day, I hear him lecturing them on the importance of invoking the sages while performing the ‘asanas’ named after them. He almost flies down from a downward dog to assume a seemingly impossible Koundinya asana, chanting “Om Koundinyayanamah” all the while. The logic is to please sage Koundinya so the practitioner attains the spiritual benefit of that ‘asana’. “You need to chant his name 21,000 times and you are sure to reap the spiritual benefits after that,” he says.

At the end of the class, some students prostrate to him, some walk backwards leaving the class without turning their back to him. All this may seem surplus to those who have veered away from tradition. But Akshar's institute is steeped in tradition and is unabashedly spiritual. No yoga class in any of his institutes begins without a full-throttled “Om” or three or six sets of Suryanamaskar or sun salutations. One of the classes I attended had 21 Suryanamaskars done without a break with five trial runs prior to that.

Akshar comes from Nath or Jagannathparampara and worships the main deity of Surya at the Jagannath temple in Puri.

Born as Amit in the Himalayas, Akshar says he is a born yogi. “There are two kinds of yogis; one who becomes so through the practice of yoga and the other, who is born as one. If you are born in the Himalayas, you are a destined yogi,” he says.

At the same time, Akshar understands the demands of the day and has modified yoga to cater to it. So, the promise of weight loss at this institute is a huge draw among his clients. Massive hoardings of Akshar in various yoga postures are seen at strategic points in the city with the promise of a holistic weight loss of three kgs in 15 days. “Traditionally, yoga is a way to connect with the divine. It has to be altered according to time, place and circumstances. That is what we are doing -- without meddling with the true spirit of yoga,” he says. “Much like the 19th century practice is considered traditional now, this too will be considered traditional in the future,” he says emphasising the importance of altering tradition to stay in tune with the demand.

Most classes at Akshar Power Yoga strive towards meeting this unending demand to shed weight. “We are going the US way in terms of obesity. Most of the clients here are made to go through rigourous training to lose weight first before they are taken through the actual yoga ‘asanas'. This is to avoid the excess weight from coming in the way of their yoga practice,” he says. He also gives training to aspiring yoga teachers from around the world.

Akshar is confident that yoga is moving towards the right direction in India.