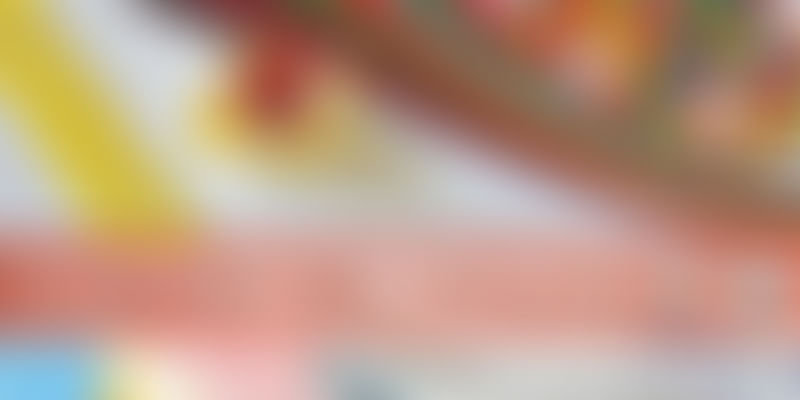 With an eye on the estimated $5 billion-dollar market, India’s largest online-only craft store started up in early 2014. Less than two years down the line, they have over 1500 products (and growing) and have clearly emerged as one of the preferred craft needs destination.

What started as a random idea to make craft tools accessible soon metamorphosed into a mission to make art and craft supplies available to artists and crafters across the country. Thus CraftGully.com was born. Interestingly, CraftGully has its warehousing and operations based in Goa while the administrative offices are in Mumbai.

Why Goa? “Why not Goa,” pat comes the reply from Dhirender. “With such a picturesque locale and everything soothing around us, Goa was an automatic choice for us to start operations,” he says .

Since the time they started, they have shipped to every state in the country - right from Andamans to Arunachal Pradesh to even far off Jammu and Kashmir.

The husband-wife founder duo has interesting profiles too. The head and heart of CraftGully respectively Dhirender and Kunjal Nirwani gave up their lucrative careers to invest in CraftGully. Kunjal has an avid interest in all things craft. She was always creatively oriented towards workshops on craft. It was during one such time that she realised that there was no online quality craft supplier in India.

Dhirender, with his extensive experience in the digital media, looks into the technical side of this venture. He was earlier part of an e-governance initiative in Canada and worked in some of the top Indian online portals including Shaadi.com and Sharekhan.com. His last role as IBM India’s Country Leader – Developer Relations made him responsible for evangelizing the company’s software portfolio within the developer community in India.

“My last role indeed made me learn so much and gave me enough confidence to make this jump,” says Dhirender. So be it the new-age rage crafts like quilling and punch craft or the evergreen crafts like artificial flower making and jewellery making, specialized tools or basic tools, CraftGully helps buyers get easy access to the craft of their choice.

The range on offer

A bootstrapped company, more than 50 colours in quilling papers, 15 types of only earring findings and more than 40 types of pollen - is the variety they boast of. Then there are their own sets of kits which cater to the current trends prevalent in the crafting world.

Sample this. Jhumka Kit, has all the elements one needs to make awesome jhumka earrings with quilling.

“One of our favourite moments was when we got our first order. It has been an exciting ride since then. It was a wonderful feeling when we discovered we had delivered to each and every state in India. Along the way we have learnt a lot, the foremost lesson being to under promise and over deliver, that ensures that our team reaches the customer on time,” says Dhirender.

In its niche sector of operations, CraftGully faces competition from ItsyBitsy.in, the Hobby, Crafts and Arts megastore. With their wide range of products, they surely are somewhere at the top along with CraftGully. It is the latter’s online presence which gives CraftGully the edge over its competitors, who are keener to increase their offline stores.

As holds true for any startup, the CraftGully founders say it has been a roller coaster ride for them so far. “From a sense of awe when we hit order number 10,000 to a sense of impatience to get to order number 20,000, we have gone through it all. From struggling to hire the right talent to the satisfaction at an e-mail from a customer on a job well done, these small moments have indeed helped us grow in a big way,” says Dhirender.

The founders admit there was an initial reluctance to start this venture but now they stand by their decision. The fact that they are instrumental in something different and their conviction against the odds, gives them the greatest satisfaction.

The company has a range of initiatives in the pipeline, including a newly launched mobile app, which will allow crafters to shop on the go. The CraftGully Mobile App for android systems is live and available for download on Google Playstore.

A series of other launches are also expected soon, which will help crafters, be it professional or even an enthusiast, at each stage of their crafting life cycle.

As the founders sum up, “Our aim is to cater to all crafters at each stage and provide them with the tools and products to explore and exploit their creative potential to the fullest.”