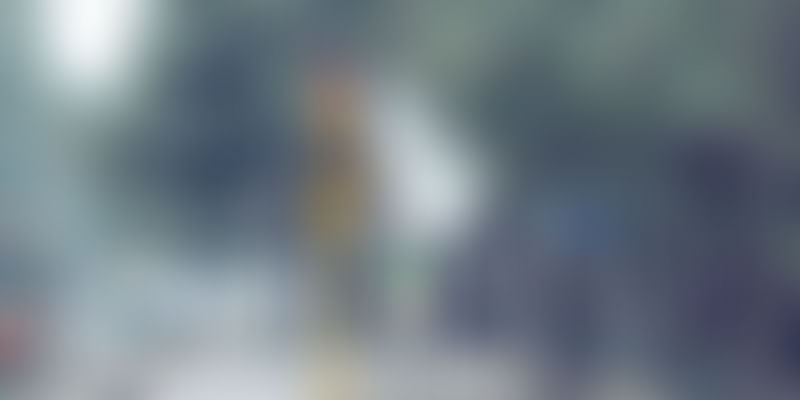 Deepak Solanki and Saurabh Garg started Velmenni in January 2014. Initially, the duo designed different products (traffic light down-counters, vehicle tracking systems, home automation solutions, & etc.) for bigger companies to sustain themselves as they bootstrapped their venture on the side. But they always wanted to work on their own product.

Velmenni is a high-tech hardware startup based out of Delhi and Tartu, Estonia. It’s building a new wireless technology for high speed (up to 1 GBPS) data transmission using visible light.

“We created some demos of Li-Fi in which we sent data through a laptop screen to our hardware device. Then, we created a smart LED bulb (users can control it through a smartphone, change colors and intensity), and named it Jugnu,” says Deepak.

In July 2014, Deepak and Saurabh received an incubation offer and seed investment from an Estonian hardware accelerator Buildit. “We’ve implemented our technology in one of the industries in Tallinn, Estonia. Now, we’re back in Delhi, and setting up development team. We’ll market this technology primarily in the European market,” adds Deepak.

Before creating Li-Fi technology, Velmenni has solved one of the biggest traffic light issue in Delhi. “Two years ago, 50 per cent of traffic light down-counters were not working, and we got an opportunity to solve this problem. We’ve redesigned the hardware and also rewrote the software. Now it works pretty well in Delhi,” points Deepak.

Earlier, he worked with a robotics research laboratory at IIT, Hyderabad, and published a research paper in IEEE conferences. Saurabh is a Delhi University alumni, skilled at software development and algorithms.

So far the company has implemented 2,500 down-counters in Delhi and Srinagar with the help of Onnyx, which handles traffic lighting systems in Delhi and Jammu & Kashmir.

Li-Fi is a very complex technology. Only few research labs in Europe, Japan and the US have been successful in building this technology. “We’re the first Indian startup/research lab that has built working demos of this technology. Basically, in Li-Fi technology, we blink the LED light with very high speed in a complex pattern. The receivers detects these complex blinking patterns, and decode the data,” says Deepak.

The ambient light doesn't affect the system, as receivers are only sensitive to one particular blinking pattern of LED light. Users can send HD videos, movies, audio or even access high-speed internet through this technology in future.

Currently, Velmenni creates VLC links that can broadcast data with a speed of 1 MBPS, and send data up to 20 metres. They plan to increase the speed of data transmission eventually. Apart from it, Velmenni’s also working on applications in aviation using its Li-Fi technology.

“We’re creating an in-flight entertainment system for smaller aircraft, which doesn't have screens for individual seats. We’ve created a device (accessory) that can be connected to smartphones/laptops. It can receive data through light. So light in the aircraft will be used to send movies/videos/newsfeeds or any localised information. It can be received in passengers’ phones/laptops using our smartphone accessory,” says Deepak.

There are multiple benefits of this technology over current RF (WiFi) systems.

Since the number of wireless (WiFi, bluetooth) devices are increasing day by day, there may come a situation (say, in next five years) where the whole spectrum will fill up. We may not be able to access WiFi networks properly due to congestion. We’d need an alternate technology that works well in those scenarios. WiFi, for instance, doesn't work well in crowded areas. It goes down when the number of users increases. Importantly, Li-Fi works pretty well in those conditions. Also, there are certain areas where RF is prohibited such as aviation, medical healthcare, chemical industries. However, Li-Fi can be used in above sectors. “With Li-Fi, we can achieve 100 times faster speed than Wi-Fi, which means you will be able to download HD movies within a minute,” says Deepak.

The company has a few competitors like PureLifi, LVX System, Nakagawa Labs in Europe, the US and Japan, that are working on this technology. Velmenni will make money through licensing the technology to bigger LED manufacturers, and create customised applications for problems using VLC.