Five  arguments: the X-factor in entrepreneurship is courage 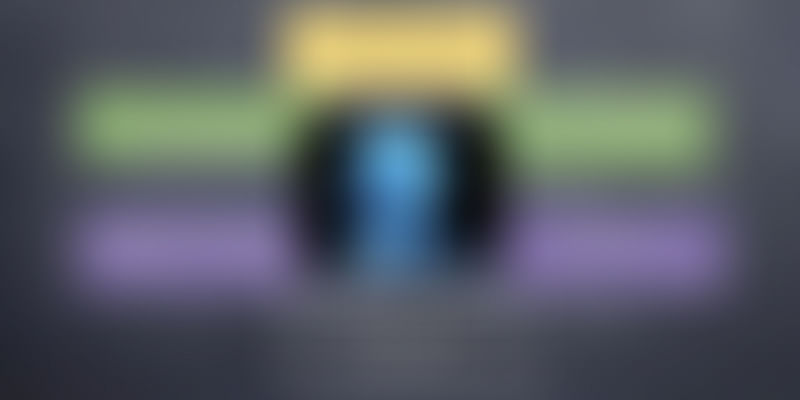 Entrepreneurs rarely bear grudges. Often, investors are dismissive of very raw ideas, and they don’t mince words. Entrepreneurs get hurt all the time -- but it goes down only so far. The same investor is more than welcome to see logic in the business in 12 months’ time, and offer series A funding. The entrepreneur is only too happy to let bygones be bygones, forgive wholeheartedly and absorb the funding.

The ability to forgive anyone and everyone is the first argument that the X-factor in entrepreneurship is courage. Only the truly courageous can forgive and move on!

We all know we make our world more significant by the courage of our questions. Courage is the mental or moral strength to venture, persevere, and withstand danger, fear or difficulty.

Let’s look at four more arguments.  (Please note that some of it is deliberately exaggerated for a hearty laugh.)

Entrepreneurs often forget which pocket they placed their visiting card in! (There are normally two suits, the college convocation suit and the wedding suit). Rummaging and fumbling, they mutter breathlessly about a project that has currently immersed them in its vice-like grip. It is a moment’s work for them to have rattled off 100 words in 30 seconds that make sense to them and them alone. Scan a networking dinner, and you will spot startups a mile away -- because they don’t care how much food they spill, on themselves, or on the floor, as long as they get to meet ‘that VC guy’ whose wallet shines with possibility. And this goes on, dinner after dinner, rejection after rejection. There is no diminishing the enthusiasm of the startup that has a business idea to sell! From an unrefined amoeba of an idea, to a full-blown revenue model, the startup stumbles in and out of half-meetings and networking dinners till he secures his first angel investment.

Argument 3: Danger is real, but fear is a choice.

The home rent is not paid. The better half is hopping mad and does not understand your passion. You have no idea where you will be in three months’ time. Better still, unless asked, these questions don’t even arise in your mind.

Somewhere inside, you know that, sooner or later, your work will do the talking. This belief is all-consuming and everything else can wait. The degree of self-belief, by itself, is often the defining factor in the varying levels of success between any two entrepreneurs.

Customer interfaces bring out the best in entrepreneurs. If a situation calls for it, they can instantly profess to have an interest in classical music – give them 24 hours, and before the next meeting, they have read up about Pdt. Bhimsen Joshi and Lalgudi Jayaraman, both! Interest areas can be news, astrophilia or even Karl Marx! So long as the discussion can be put off till the next Google search (answer nature’s call if need be), love for unknown things can be professed to advance a conversation.

All an entrepreneur needs to be told is: “Why don’t you go and meet this guy? He can really help you.” The dinner plate is down, and quicker than Edward Cullen in ‘Twilight’ saga, the entrepreneur will be out of the room, looking up the six degrees of separation between him and “the man who can help” on LinkedIn.

The best part is the awkwardness of wanting people’s time and attention without really knowing them or needing an introduction, does not cross the mind at all. Venturing wherever needed, taking charge and not worrying about upsetting people comes with the startup welcome kit. All in a day’s work.

Forgiveness, perseverance, belief, adaptability and venturing are five manifestations of courage itself. Interestingly, courage is what we look for, even in leaders, in our spouses, our partners and our friends. Courage, by virtue of what it means, is closely related to “massive determined action.” This is the X-factor of all entrepreneurship.