How to scale your business, serial entrepreneur Ashok Soota shares his story 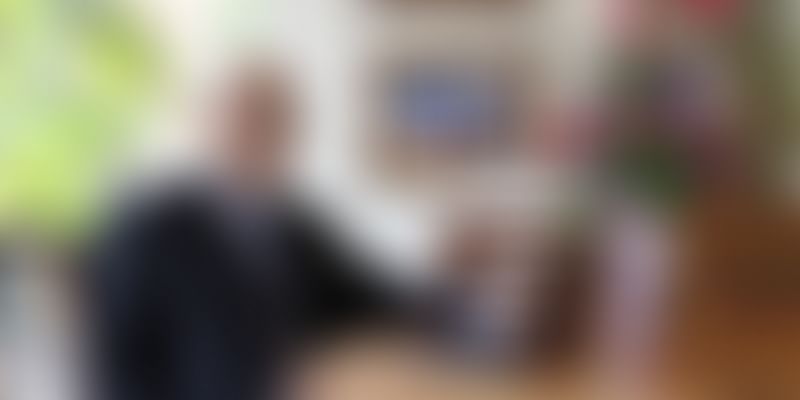 Ashok Soota often describes himself as a late-stage entrepreneur and a late-late-stage serial entrepreneur. He may have started late - but when you think of scale in the Indian IT industry, Soota is the man that comes to mind. Starting a business isn’t easy, but building scale and growing large are far tougher. His latest venture – Happiest Minds – was born in August 2011, and is on track to achieve its goal of being the fastest to achieve revenues of US$ 100 million. Prior to this, he co-founded Mindtree Technologies, which he led to an IPO that was oversubscribed 103 times. And even before that, he was known as the man who scaled up Wipro’s IT business to a run rate of US$ 500 million from just US$ 2 million when he joined the firm in 1984.

“The industry I was in was designed for scale – by definition, there was a market and India was well positioned to succeed at it,” he recalls. “The question then was of who the players were within that space, who were in the best position to ride the wave. Not many people know that though Wipro was a late entrant, we overtook Infosys to become the no. 2 software company in India at one point of time. At the time, Wipro was still a small company but it was designed to think big, manage rapid growth and institutionalize its core competency. That type of backing made a lot of difference.”

So who better than Soota to talk about the ingredients one needs to successfully scale up a new business? Here are Ashok Soota’s Five Ingredients for Scale in his own words.

Create an organization that is designed for scale, otherwise you will never get there. The best example is Happiest Minds – we decided we wanted to grow to be of a certain size, wanted to be in certain segments of the industry and wanted to focus on all the disruptive technologies. A lot of people think these are SMAC (social, mobile, analytics and cloud) but for us it was SMAC plus unified communication, the Internet of Things, artificial intelligence and cognitive computing. We created each one of those roles and groups from the start, so we had three business lines for three different customer segments. We appointed a President & CEO for each of the businesses. Each disruptive technology has a global practice head and we also have industry group heads. We opened eight offices in the US in the first year itself. This kind of scale requires an ability to invest up front. We raised enough money to support the rapid expansion and conceivably enough to take us to an IPO unless we make a major acquisition.

Take decisions based on cash versus profitability – for me, that is an axiom. When we founded Mindtree, the money was already lined up by me when I was approached by Subroto Bagchi (Co-founder and current Chairman of Mindtree) and group, who had a business plan. I made only three changes to their plan, one of which led to the company’s survival later on. And that was not to buy land and build infrastructure so early on. When the dot-com bubble burst, what helped us survive and build scale was the fact that we had cash. Had we put our money into land and buildings, we would have burnt half our money. Mindtree survived because we had enough money to see us through to the next round of funding.

When we went for the second round of fund-raising at Mindtree, we already had some money in the bank and were getting a good valuation, though we weren’t too happy with some of the terms. Some instinct told me to go ahead and close that round of funding anyway. We did so and one week later, September 11 happened. After that, the money flow dried up for quite some time.

Are you in the right industry?

As I said earlier, being in the right place/industry is also critical to scaling up. In an industry that is flat, you can beat the odds only up to a certain point, beyond which it is very difficult to build scale. But when you’re in the right space, the industry itself gives you the impetus to grow. There has never been a better time to be a youngster in India. Today, you can visualize a career path because you can visualize multiple opportunities – keep an eye open for opportunities. You never know where they will come from.

My very first job paid well but had a flat learning curve. So I left that in exchange for a job that let me learn more. Always chose learning over cash and other considerations. Again, before I joined Wipro, I was running Shriram Refrigeration, which was five times larger than Wipro’s IT business at the time. During my time there, we had been able to turn it from a loss-making, negative net worth company to a profitable market leader. But I could see that the IT business was where the growth would be.

I believe tremendously in planning, to the extent that I micro-manage my time. I plan the four board meetings at the beginning of the year itself – if you simplify things, you remove ambiguity to a large extent. My own decision-making process follows the head, heart and gut principle.

If all three answers are aligned, you have an easier path ahead.

Soota’s mantra is to keep things simple. Reduce entrepreneurship and leadership to their bare essence and you’ll find that everything becomes simple, he says. Most people, he feels, under-invest in things that make them genuinely happy and over-invest in their careers and then look back with regret. At Happiest Minds, he says,

We do not see our role as making people happy, but enabling happiness so that people make the choice to be happy.

You'll like to read: ‘If you keep smiling, your destiny will change,’ Virender Sehwag on living a life that matters