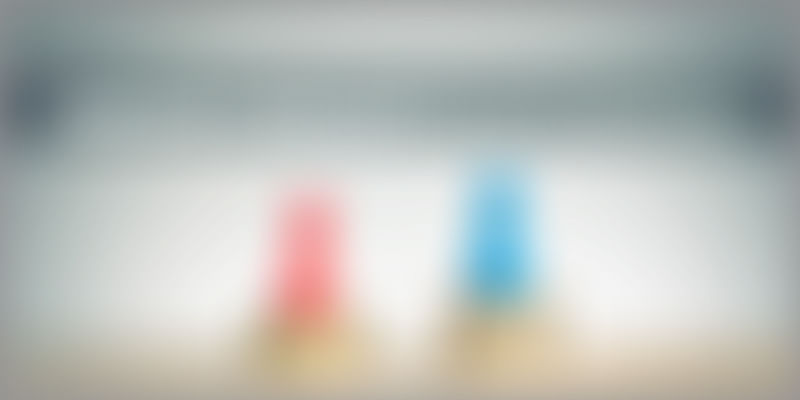 The messages arrive early. How do we improve them?

A few days back my friend shared a picture on Facebook showcasing his two tousle-haired kids wrestling on the sofa. Adorable little sister about to pounce on adorable big brother.

Their expressions were priceless. My friend’s son, four, looked dubious, like he knew what was coming. But his daughter? Another story. Only two, yet her eyes glinted with determination, fire. Something in her grin said “I have him.”

The picture, needless to say, was a comment magnet. As I keyed in my message (withdrawing my offer to babysit) this appeared on the stream:

“They are precious! And <daughter’s name> is so pretty! She’s going to need her big brother to protect her. Watch out boys!!”

There’s this video, “Rewind the Future” — from Children’s Hospital of Atlanta’s Strong4Life program — that shows a 30-something guy, overweight, getting rolled into the ER. Heart attack, we hear. It’s no surprise. The guy weighs 300 pounds.

“How the hell does that happen?” the surgeon asks as he preps. And the story rolls back: video games and pizzas, soft drinks and burgers at the drive-through, frosting-slathered birthday cakes year after year, all the way to him in his high chair as an anxious mom feeds him French fries to quieten him down.

I thought of that video when I read the comment on my friend’s wall. In the Valley — and beyond, everywhere in the world — we look at gender inequity and the price we all pay when people are limited to gender-bound roles. We share stories of biases that hit us as senseless, unfair. We see blatant examples of people falling into limiting, and self-limiting, gender-based behaviors. “How the hell does that happen?” we ask.

Rewind the reel and we all know how: little by little over the course of a lifetime. Until we end up here.

Can’t you see it? A woman in a meeting room, arms crossed as she learns her co-worker got the promotion she wanted. She smiles thinly as her boss says: “Maybe next time,” then walks out of the office, blinking hard.

Rewind. She’s in a meeting, looking around and wanting to say something but hesitating, holding back.

Keep going. She notices people judging her as she drops her kids off at school, wearing a business suit, as other moms linger around (“It’s a good thing some of us don’t work,” a neighbor once told me. “Otherwise, who would drive your kids to their field trips?”)

Then, rewinding more, she takes a business call on speakerphone with a car full of kids as she actually does drive to a field trip.

Rewind. A few rows back in her college classroom, taking careful notes while the guys up front raise their hands; make-up and fashion angst in high school, snide comments from other girls, waiting to be asked to dance. Dolls and dream houses before that, pink little dresses, someone saying she shouldn’t do something because “she’s just a girl.”

And then maybe someone saying that she’s going to need her big brother to watch out for her. That she can’t handle it without him.

That her value in the equation is “Look out boys.”

I love all that’s happening to break our kids free of gender roles (that doesn’t, by the way, mean “eradicate ‘girly’”).

But if the young woman in my imaginary rewind is the same age as Heart Attack Guy, she’s also at risk. Because if the messages she’s received all along shape her image of herself, that self-image is probably holding her back today.

This is a problem, and it affects us all. Speaking as an ambassador for gender equality at the UN, actor Emma Watson recalled some of her rewinds:

“…at eight I was confused at being called “bossy,” because I wanted to direct the plays we would put on for our parents — but the boys were not. …at 14 I started being sexualized by…the press….at 15 my girlfriends started dropping out of their sports teams because they didn’t want to appear ‘muscly.’”

Each of us, regardless of gender, has been affected by the messages we’ve received, little by little, over the course of our lives. They come from society at large, the omnipresent stereotypes and role models in the media, well-intended family members, and friends whose comment remind us how and where we’re meant to fit in. Over time this input shapes what we think is expected of us, how we fit in, the decisions we make as we move forward in our lives.

Nobody meant any harm, but damage has been done. Only yesterday a talented, accomplished female executive told me that an incoming peer, male, had been granted four times more equity than she’d received. They were hired within a month of each other, have similar backgrounds, and are in equally strategic roles within the company. She learned of the difference when she was asked to review his offer letter (she has a law degree).

“I didn’t say anything,” she said when I asked how she responded. “But I will one of these days. I want to prove my value and then ask for more equity.”

It’s time to think back to some of those episodes in our past and shift the context. Has other people’s input on who we were and what we were supposed to be like limited our self-image and narrowed us in to a subset of who we might actually want to be? Has it gotten us so used to being taken care of that we’re forgetting to take care of ourselves?

How can we challenge those lessons and change their impact?

Back to that Facebook comment. It put someone who was only two, straight into a gender box, doubting her future self-sufficiency and hinting that her primary value might be in her looks.

Yet it got double-digit “Likes.” Sure, I hope her brother looks out for her. And that she looks out for him too. They love playing together, the picture clearly shows. Comment on that, or the fire in her eyes, or how sweetly her brother’s hand is holding her back even as she pounces.

Let her be her for HER, not for that future “look out boys” approval. If we’re not thinking that way, we’re sending out the wrong message and setting a path that long-term isn’t going to serve any of us well.