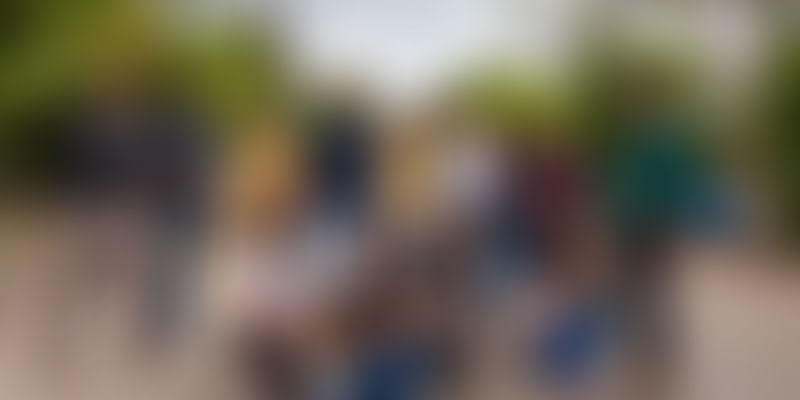 When most kids his age were busy hunting for relics or playing counter strikes on video games, playing around with Wordpress designs landed 14-year-old Ishan Vyas his first website design project of Rs 3,500. This was in year 2008 when most companies did not have computers but wanted a web address on their business cards. By the time he was 21, Ishan had bootstrapped his startup Aspricot in Indore with zero capital. Today with a presence in 36 countries, an office in Hollywood and a valuation of USD 2 million, Aspricot is steadily changing the norms of website development and design industry by its uncompromising standards.

Aspricot is a startup committed towards building digital businesses. In its segment, it has been an exception in more than one way. First, Aspricot is strictly against duplication or ‘copy-paste designing’. The company engages in building websites from scratch, integrating features required for a website that most clients are not even aware of, anddelivers the project in six days. “We have always only built responsive websites. We follow the technical standards verbatim. For instance, we actually test the website on multiple devices, make sure there is no error according to W3C and. most importantly, verify that Google page speed test score is more than 80 for the website. We never duplicate the same site for another client,” says Ishan.

Secondly, Aspricot stands out for its systems. “Most startups do not think about building processes or systems. Being a new entrepreneur I made the same mistakes initially. But I analysed those mistakes which today have helped me build stellar processes, automation techniques and bring about standardisation in our working,” he adds.

The company has super-specialised sales and support processes where every possible gap has been foreseen. For instance, there is a general rule that if a sales guy did not respond to an email within 15 minutes, he would be penalised.

That takes us to the third most unique feature of this startup: 60 per cent of its employees are women holding key positions in the company. Aspricot has no desire of changing this ratio.

A passionate Brahmin who defied norms

Ishan Vyas was born in a Brahmin family. His father had married late, so by the time Ishan had entered his teen years, it was already time for his father’s retirement. However, his father brought him up well enough to be independent.

“But really I wasn’t the classroom type. While pursuing entrepreneurship, I flunked Math in Class X. I also worked for a company for 11 months when I was in class XI before moving to Bangalore for my BBM,” he says.

Ishan worked with a noted startup news portal whilst studying in Bangalore, an experience that finally led him to his own startup. Taking along two friends, a laptop, a desktop and absolutely no money, he bootstrapped the company in July 2013 and succeeded in getting orders to the tune of Rs 1 lakh within 20 days.

“I cannot thank my parents enough for their faith in me, because our community considers entrepreneurship a taboo,” Ishan adds.

Then there were other challenges. “People still judge you by your age. So initially I had a hard time convincing people that my business had a viable model and I was fully capable in paying their salaries,” says Ishan.

Talk about age and numbers. This 22 year old’s company has helped build digital businesses in a wide variety of sectors ranging from real estate, healthcare, apparels and mobile app startups with clients like CISCO, IBM and DubaiAirshow on board. Headquartered in Indore, Aspricot also has an office in Hollywood and services international clientele. The startup is in talks with some investors who have so far valuated the company to USD 2 million.

What about the learning? “People talk about what we should do and we take them seriously. We analyse the good and the bad. We may have failed in most of the experiments that people suggested, but we learnt to do the same thing in a better way,” Ishan says.

In terms of innovation, Aspricot, Ishan says, has always believed in convergence and in adopting the new fields or platforms early on. “We are getting into wearables now. We have already begun working with Apple Watch apps. The next thing we are targeting is Ocular VR,” shares Ishan.

The company is 22-people strong right now, and is aiming to be 100 by the end of this year. “We should be 1000 by next year. I wish to make Aspricot one of the biggest digital business services company in India,” adds Ishan.

Team Aspricot lives by the statement: “The art in uncompromising and life is full of compromises.” And why not, they are building digital businesses artistically.