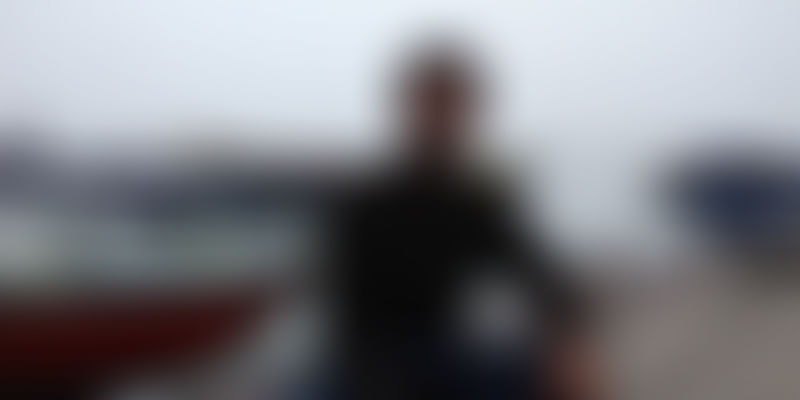 On a winter evening last year, when three cousins, Nikhil Kulkarni, Kiran, and Kishor Patil sat down and wondered how to kill time, one of them suddenly had an idea. They wanted to make funny spoof videos and send it to their friends, but they could not find any online platform to do it on.

A little frustrated and a little excited, these young engineers with full time jobs, decided to build a dubbing platform as a side project. Little did they know that they were actually building an education startup.

This was not Nikhil’s first time working on a project with a social bend. He was in the news for his previous venture, LEBTOP (Learning English By Talking On Phone), a platform that connected users to learn and teach each other English over telephone calls. Though the project is no longer active, LEBTOP had over 20,000 calls and 3,500 unique callers between August 2013 and July 2014.

Meanwhile, Nikhil, bitten by the entrepreneurship bug, quit his full time job at Baba Atomic Center, and did a little backpacking. He backpacked across the country for over 100 days. He did everything including staying in various ashrams, cut himself off from the world by doing a Vipassana course in Kathmandu, volunteered for three weeks in Auroville (Pondicherry), but there was still something missing.

“I had worked for three years, all the while I was thinking of two things -- new ideas to start, and travelling. So after all the backpacking, the only thing left was to start something good. I dug into my notepad filled with ideas and went to meet my cousins in Bangalore,” he said.

When the cousins met, their main agenda was to find something interesting to do. All those ideas only ended up in the notepad Nikhil spoke about, while they got hung up on their urge to dub videos to make spoofs online.

“My friends used to voice-over and bad lip-read cricketers, it was quite funny, and we enjoyed doing it. That’s when the idea of mixing video and user audio struck me,” said Nikhil.

They built the video and audio syncing platform, Dubroo, over the next six months, but the realization –that the product could be used for re-creating and translating educational content into different languages— came later.

“Traditionally dubbing is a very tedious process. You have to download the video, import it, and add a voice over, before saving and sharing it. We’ve simplified this process simple by doing the entire thing online. Dubroo is, in fact, the world's first web-based video dubbing tool and platform,” added Nikhil.

To select a video, users can either add a video using a URL, or select an existing video on their website. To add a voice over, once the Dubroo tool is clicked, recording starts and the voice from the microphone is synced to the video.

“Once recording is done, the video plays along with your audio, giving it a dubbed effect. It is similar to watching television on mute, with your earphones on,” he added.

The platform currently has over 40 dubbed videos.

“I always feel like I need to contribute to make education in India better. I wondered where we could use Dubroo, and it suddenly struck me that though English was not the mother tongue of Indians, most of the high quality content was only available in English,” added Nikhil.

He wondered why proficiency in English should limit a child’s understanding of interesting subjects, and soon found that Dubroo would help bridge that gap.

“Content creators like Khan Academy have created a mass of high quality educational content, and this content now reaches low-income students in developing countries. But even for these students, the language and the accent of the content makes it hard for them to understand it. Dubroo fits in perfectly to balance this situation,” said Nikhil, who decided that this venture had great potential in the education space.

He convinced his cousin Kiran to take a sabbatical from his full-time job last month, and ever since, all three of them have been working on collaborating with online educational content providers across the country.

Peek at the market

According to a World Bank report on Indian education, there are about 200 million school-going children living in over 600,000 villages in India. The report also says that there are a lot of advantages of bilingual educational programs though hiring local language educational resources might be a huge challenge.

“Looking at these numbers, I know that, at the very least, content would need to be provided in the 22 languages officially recognized by the government. This is no small task, and we are willing to do it,” said Nikhil.

They plan to use Dubroo as a video sharing community, where users can generate content and crowd-source dubs.

“Anyone can dub videos online into any language. We can create a huge library of dubbed high quality educational content, and empower students in rural India to come online. If everyone helps dub content into local languages, India will be educating itself,” added Nikhil, who plans to reach out to investors soon.

He also quotes Swami Vivekananda, who said, "Ideas must be taught in the language of the people. Teach the masses in the vernaculars, give them ideas; they will get information."