Is an impending disruption in Indian horizontal classifieds market looming over? 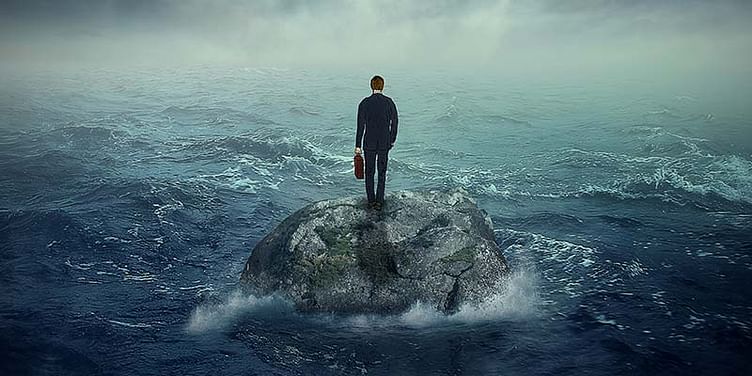 In my last column for YourStory, I wrote about how there is no chance a winner-takes-all situation will arise in India, in the area of horizontal classifieds.

Among other things, I predicted that horizontals like OLX and Quikr would launch verticals of their own. In another article published on LinkedIn, I tried to justify why, in a few months, OLX might buy out or merge with Quikr.

I wanted to extend my arguments today, and share with you why I think the days of a typical horizontal classifieds player are numbered in India, and why the space is poised for new entrants and new thoughts.

As always, I will illustrate, with the help of numbers and charts, the following point, in order to deduce that horizontal classifieds in India are shifting from their declared positioning:

Both OLX and Quikr have shown hardly any relative growth. With such massive mass media investments (which in my opinion were unnecessary for a country like India), we should have seen some serious dent in the market.

So, the model has failed, unless the pockets are deeper.Given the above + Naspers’ 5 or so recent mergers, a merger between OLX and Quikr looks to be on the cards.

If you look at the chart below, you can visualize how the classifieds industry has stacked its players in India. There is a clear overpopulation in verticals, most of them very strong and indicating consolidation.

OLX and Quikr never had a 100% focus on C2C. Because they did not have clear positioning, they drifted, perhaps unknowingly, towards a situation where they now have to compete with the biggest in verticals.

The C2C-Low Involvement category (Horizontal Used Items Classifieds Play) will soon be abandoned by OLX and Quikr.So the entire space is open for disruption, with a high probability of a new player entering, with clear C2C focus.

Here is the basis for the above shift:

In the above chart, you can see the contribution of both OLX and Quikr to theB2C category (The chart is from a random day in May-Jun 2015)

If you see the above chart and the positioning diagram together you can understand that both OLX and Quikr are treading into vertical territory, where they will have no other option but to maybe buy smaller verticals, start their own verticals, and merge to salvage the situation.

As you can see in the chart above, the focus on B2C categoriesis all the more sharperin 2015. As OLX and Quikr populate more listings in theB2C categories, their C2C base will start leaving them (but that is not a problem, because we proved in point 1 that this base is so miniscule that it will not affect them). Infact, whatever little growth we see in listings seems to be coming from B2C listings (from jobs, real estate or services)

The lack of focus on C2C, miniscule growth in listers using these platforms, and the growing focus on B2C verticals clearly signifies the death of horizontals in India.

However, by death, I only mean that the market is still as ready as always to welcome an honest C2C play, either by the same old players, or by new ones.

Just to give you context of how much some of the largest players in the world depend on the B2C category (in this case, jobs), here’s a graph:

Most of these global players monetize by jobs, but do not let their C2C play get polluted by huge volumes of B2C/job listings. Clearly, the C2C game can be played well and monetized well without diverting the focus from C2C to B2C.

The Options for Horizontal Classifieds Players:

* All the numbers are based on public data and appropriate assumptions for analysis have been taken.