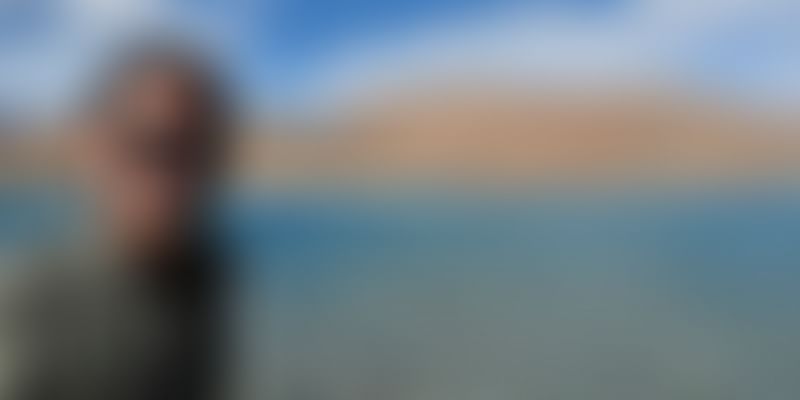 It was December 2011. Eight in the morning, during the unforgiving Delhi winters. Puneet Chawla was waiting at The Leela in Gurgaon to meet his future Co-founder Shilpa Sharma, for all but five minutes. But that was all it took for the duo to know their idea would work. They had envisioned Jaypore, an e-commerce portal that aimed at taking Indian made products to the world.

Soon a team consisting of Puneet, Shilpa and a few friends and colleagues, opened their very first office in Shahpur Jat, an old haveli in Delhi. The winter days were spent on the terrace, basking under the sun, or on the streets taking shoots. The charpai in the terrace corner provided solace on a tiring day. Meetings and interviews happened in the neighbourhood coffeeshop. "When we did build a meeting room in office, it was basically a friend’s sofa set, kept in a corner. We still have that sofa, in the waiting area of our new office," adds Puneet.

While the company’s beginnings were humble, both Puneet and Shilpa were convinced of the idea. Puneet was working in the e-commerce business, selling Indian designer wear to an NRI audience in the US. During his stint there, he realised that unlike e-commerce businesses in India that were spending big bucks to acquire local customers and convincing them to shop online,businesses that sold Indian products online to an audience abroad were far more efficient in acquiring customers, because of the strong word-of-mouth amongst the closely-knit Indian communities.

"I noted that the demand for Indian-made products was high, especially those which were reflective of our roots," says Puneet. After meeting Shilpa, who was working as a consultant at that point in time, the duo decided to build Jaypore.

But startup life is hard. The old haveli office in Delhi was perfect for dreamers, but they were now trying to turn that dream into a business.Each one of the initial team members had the hard task of doing different jobs. "I myself was the janitor, the electrician, the CEO, the data entry guy, the photographer and the delivery boy in the early days," adds Puneet.

Money was another hard reality they had to deal with. The team would constantly look at ways of getting the job done without spending anything. Also, unlike a brick and mortar store that will at least get organic foot falls just by being there, a major challenge with an online-only business is that no one knows that you exist till you reach out to them. That again meant money for marketing.

The team then resorted to the usual practice of finding people of their target audience on social media, and personally inviting them to visit the website. "Our initial support came from our friends and family, who shared our Facebook page and bought from the site; thereafter word-of-mouth took over," adds Puneet.

In the initial days, the team was shipping only to the US. Trust is a big factor when it comes to buying from an international website. Customers feared for the safety of their credit card details and the genuineness of the products. Puneet had to personally get on the phone with some of our early customers to alleviate their fears.

To settle matters of packaging material and shipping details, the core team spent their initial days in the bylanes of Chawri Bazaar in Delhi and Crawford Market in Mumbai, identifying the right vendors and material. Several test shipments were sent to friends all over the world, to ensure packaging was proper.

Once they started getting traffic and revenue, the time came for the team to worry about technology infrastructure. Their early servers could not take the load and site would go down often. Friends and ex-colleagues from the software engineering days were asked to fix the servers in exchange for beer and pizza.

"As we have grown our challenges have also changed. Ever since we started, plenty of other sites selling similar products have come up. Now it’s about staying ahead of the curve and protecting our unique proposition. It can get overwhelming and tiring at times, but the thrill and prospect of building something from scratch and seeing it become a household name keep you going," adds Puneet.

The growth has been beyond their wildest expectations. The beta launch happened in September 2012 for the US market. They officially launched globally in January 2013, and since then Jaypore’s revenues have grown by 5000 percent.

Standing apart from the crowd

From their days in the old haveli, Jaypore has stood for three things - quality, honesty, and as Puneet quotes, ‘Love thy Customer’. They've never compromised on quality, whether in a product they source from a vendor, or one they develop themselves. From the artisans they work with, their customers across the globe, and even their employees and investors, nothing is hidden or manipulated. What you see is what you get.

"We love our customers. It’s probably difficult for the reader to imagine the relationship we share with our customers. We don’t look at them simply as patrons who help the business go to the next level by buying products from us, but these are also people who live by the same values as we do," says Puneet.

He adds that these are people who choose handloom over cheap machine-made replicas not just because they can afford it but also because they want to do their bit in promoting our age-old crafts and continuing our heritage and legacy. Therefore, the team believes that they cannot possibly look at them just as customers, but as extended family.

Dealings of the business

Jaypore makes a margin on every product that they sell, that is, the difference between the selling price of a product and the price they source or manufacture it at. It's a simple retail revenue. The team intends to establish Jaypore as a global product.

Along with curating beautiful products from weavers, groups and designers across the country, they also want to develop their own signature line of products across chosen categories. "And when the time is right, we want to build an offline presence to showcase the best of Jaypore, in our own inimitable style," concludes Puneet.

The e-commerce market in India is poised to grow to USD 16 billion by the end of this year. In fact, India is one of the fastest growing e-commerce markets in the world. Also, the market for ethnic and region-specific products is fast growing; many players are already gnawing into the share of the pie. Some of these include Giskaa, Tjori and Kashmiri Box.