Simplilearn shows size does not matter in global acquisitions 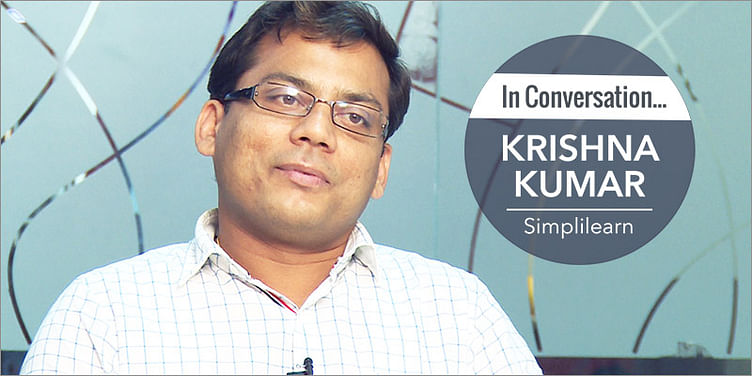 What does it take to make an acquisition? Does size really matter in M&A or can a smaller startup also join the big boys in going the inorganic route?

Krishna Kumar, the gung ho Founder and CEO of Bengaluru-based Simplilearn, talks us through his company's acquisition of Market Motive, the global pioneer in online marketing training, and what it means for the company by way of access to new geographies, customers and abilities.

Simplilearn, which began as a blog for project management training in 2009, and expanded into training for other skills in the IT space, has now identified online marketing training as the next big area at the tipping point for explosive growth.

While admitting that a lot of mergers do not work for acquiring companies, Krishna chalks out why he still went ahead with the acquisition and how important finding and tapping synergies are for this move to work. As part of this arrangement, the Market Motive operation will be run as a standalone separate unit while its Silicon Valley based-CEO Michael Stebbins, will also bring his expertise to Simplilearn doubling up as its new Chief Innovation Officer.

Krishna also takes us through the role played by investors in not just putting their money in a recent Series C funding round that helped in making the cross-border acquisition, but also guiding and giving the company confidence in making the move.