Is crowdfunding the right choice for you? 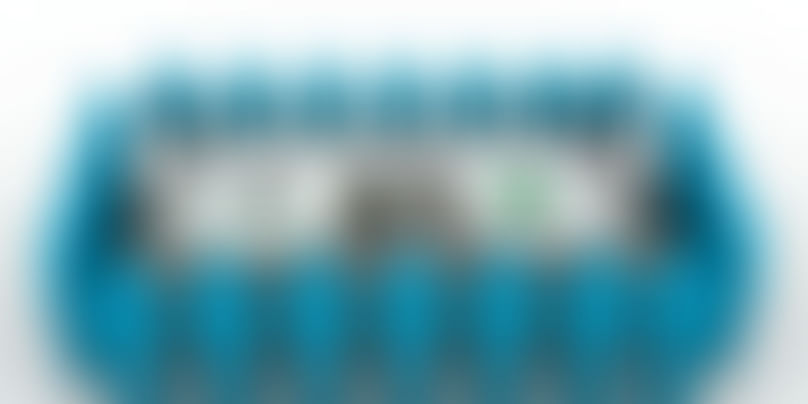 Crowdfunding – a way of financing a project or business by raising funds from a large number of people, usually through the Internet – is now a top source of funding for a wide range of entities: from students to aspiring travellers to filmmakers to entrepreneurs. Many entrepreneurs see it as the financing equivalent of self-publishing - a chance to bypass traditional gatekeepers and take the idea directly to potential consumers. What’s more, the very process of seeking crowdfunding also allows entrepreneurs to test the viability of their product, if they want to. A successful campaign can help garner publicity for the project and get the attention of venture capitalists.

As good as that sounds, crowdfunding may not be the best choice for every startup. Statistics show that the crowd favours certain types of businesses/projects more than others. The credentials and visibility of the people behind a project matter, too. In fact, according to a recent report in ‘The Atlantic’, you stand the best chance of being crowdfunded if you are “thin, fair-skinned, and attractive” and female. While all of these are winning qualities in most circumstances, here are some other criteria for deciding whether crowdsourcing is right for your business.

Crowdfunding is the right choice for your startup if:

Your idea is easy to understand: Crowdfunding campaigns mostly target non-specialist audiences who respond best to ideas that they can understand and relate to. The wild success of the Pebble smartwatch campaign was partly due to the simplicity and clarity with which it explained the features and benefits of the product.

Your business has a B2C focus: This ties in with the previous two points - products that are meant to be sold directly to the customer are more likely to be engaging, and easier to understand. So if you’re looking to raise money for an auto parts manufacturing unit, look for other sources of financing.

You have a strong support structure in the form of family, friends, and even customers and business associates: Getting the first few donations in fast is critical to building momentum on a campaign. And who better to do that than your most enthusiastic cheerleaders – family, friends, and current customers and associates. Initial support from entrepreneurs’ personal contacts bolsters a company’s profile and builds investor confidence and trust. As with any other funding source, it helps to have a great track record in terms of education and previous business experience.

Your business (and you) already have a prominent presence on social media: The launch of a crowdfunding campaign should not be the start of a social media campaign; it should be the culmination of a long-term strategy of connecting with consumers and supporters online. Donors rarely open their purses for people and ideas they don’t already know well. Therefore, focus on building a strong online community before you even begin to consider crowdfunding as an option.

On the other hand, crowdfunding is not for you if:

You don’t yet have a clear business plan and pitch: Crowdfunding contributors are investors, too, and they will need to see a compelling business plan before they decide to give you their money. Your pitch may be in the form of a video or a story, but it must still cover all the basics of the business model - what you want to sell, who you want to sell to, how the idea will make money, and so on. While a crowdfunding campaign can be used to gather feedback on a new business plan, it should not be used to build the plan itself, or entrepreneurs will risk looking like they don’t have their act together.

You need large amounts of funds: While the big successes in crowdfunding – such as Pebble (raised $10 million) and Ouya (raised $8.5 million) – may lead you to believe otherwise, crowdfunding is not the best source for requirements upward of a few lakh rupees. Research published by Vision Launch shows that a large proportion of successful crowdfunding campaigns in Kickstarter were those that were aiming to collect between $1,000 and $9,999. Other sources, too, confirm this trend.

You can’t deliver on the business idea or execute the project in a short period of time: Regardless of the kind of reward on offer, a key motivation for contributors is the prospect of seeing a business idea turn into reality. Consequently, most crowdfunded companies aim to start delivering at least, beta versions of their products within months of closing the funding campaign. So if your business idea involves a long gestation period, crowdfunding may not be the way to go. Also, even for short-gestation projects, ensure that you have done your planning well and added buffers to promised delivery dates. Many entrepreneurs who plan to deliver quickly find that they underestimated the challenges of manufacturing and shipping and end up disappointing their donors, which can be costly in terms of credibility and goodwill.

You don’t have the resources (people) to drive the crowdfunding effort: Launching a campaign and staying in touch with dozens or even hundreds of investors for several months, while also setting up a business, requires a considerable amount of bandwidth. If you can’t get together enough people to drive the campaign, it’s best not to start.

To sum up, while crowdfunding offers several advantages, it should be picked as a funding source only if it is suitable for your business. A failed attempt at crowdfunding can negatively impact an entrepreneur’s reputation and ruin his or her chance of getting funded from other sources. Therefore, treat this option with as much seriousness as any other form of financing.