A dancing priest, Father Saju’s art is dedicated to the deprived 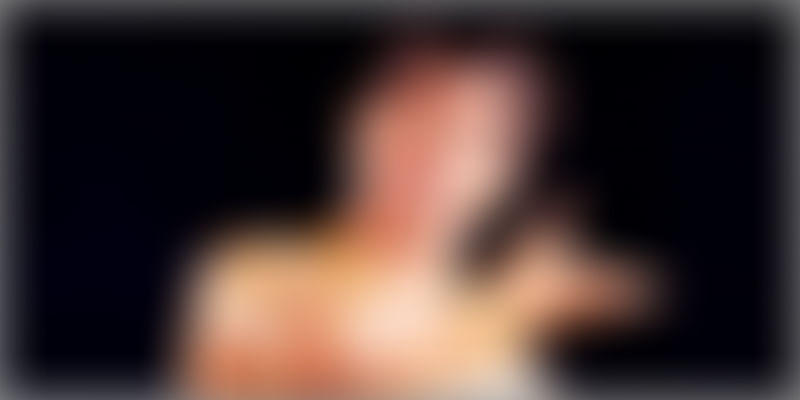 Come 2016 and a band of young dancers from South 24 Parganas district of West Bengal will be visiting Germany, Switzerland and Austria for a series of dance performances. Satyen, Imanuel, Bandana, Parbati, Akansha and Gloria are young talented dancers living in the Nepalgunj area of South 24 Parganas. Belonging to very poor families from the outskirts of Kolkata, learning fine arts for them was nothing short of a fantasy. But for the last five-six years these young boys and girls are getting trained under Father Saju, a 50 year old Jesuit dancer. Trained by Saju these young talents are now engaged in the local nursery schools as dance teachers.

Also living in the same area of South 24 Parganas, are the families of Biplab Mondal, Suresh Mondal, Prabir Dhara and Bimal Bag. Daily labourers with no fixed income, the families lived in ramshackle single room mud houses. Misery was boundless especially during the monsoons when the bamboo roof would rot and the mud walls give way. With hardly enough money to arrange two square meals, repairing houses was never an option for them. Their situation was worsening, when they came to know about Father Saju George. The rest was easy. With Saju’s financial assistance along with their own contributions, they were able to build ‘pukka’ houses made of brick and cement.Godfather to the underprivileged families of his area, Saju is the dancing Jesuit who works with sheer dedication and passion. Inspired by the lives of Swami Vivekananda, Rabindranath Tagore and Mother Teresa, Saju decided to leave his ancestral home in Shantipuram village in Kottayam district of Kerala and come to Kolkata. “I came to Kolkata to serve the poor as a priest. There is a tradition in our family of becoming a saint or a priest and dedicate life for the cause of the downtrodden. Once in Kolkata I worked with the men’s wing of Missionaries of Charity and also with other homes for the poor and ailing. After one year I joined Dhyanashram, the organisation for the young aspirant priests, to study spiritualism, language and culture for three years,” says Father Saju.

Saju loved dancing since his childhood days and took his initial lessons from his elder sister Seline Charles. In 1985 he joined the Society of Jesuits and received great encouragement in developing his talents as a dancer. He began learning Kuchipudi in 1988 under famous Natyacharya Guru M.C. Vedanta Krishna, a lecturer of Kuchipudi at the Rabindra Bharati University, Kolkata. Saju George then took rigorous training in Bharata Natyam under Guru K. Rajkumar of Kalakshetra from 1991 and obtained a two year diploma in Bharata Natyam from Satya Nilayam College of Philosophy and Culture in Chennai. He did his graduation from St. Xaviers College, Kolkata and also obtained a Bachelors Degree in Philosophy from Sacred Heart College, Chennai. His growing interest in dance led him to join MA in Bharata Natyam at Rabindra Bharati University.

“Once ready to teach I started working with St. Xavier College as a Cultural Co-ordinator teaching Indian Culture and Philosophy. In 2008 I joined Shanti Nir, a home for underprivileged children in south Kolkata run by Jesuit fathers. As a director I looked after the education, and overall development of the 200 children living in the home. They were taught dance and dramatics as a medium to express themselves through performing art. The children who were deprived from the basic requirements of life got a fresh breath of life in the home,” informs Father Saju.

Saju George is also the director of various centres of art and culture and social development including Kalahrdaya and Art Peace Foundation. “At Kalahrdaya I impart training in performing art to every willing person, especially the less privileged ones in the society. I believe that every person needs to be encouraged to realise the full potential of his or her multiple intelligence,” says the Father.

Saju’s performances have gained appreciation worldwide and he has already travelled to 25 countries to showcase his dance and dramatics.

With the earning from my performances I have recently bought a six acre land in South 24 Parganas where I plan to build a college of Arts especially performing arts. People living in this area are poor, hence neglected and deprived from the finer sides of life. In two years I plan to start a certified diploma course in dance, dramatics and other performing arts and then offer a BA and an MA degree for them

enunciates Saju George, a passionate performer and a philanthropist who lives life to give life.