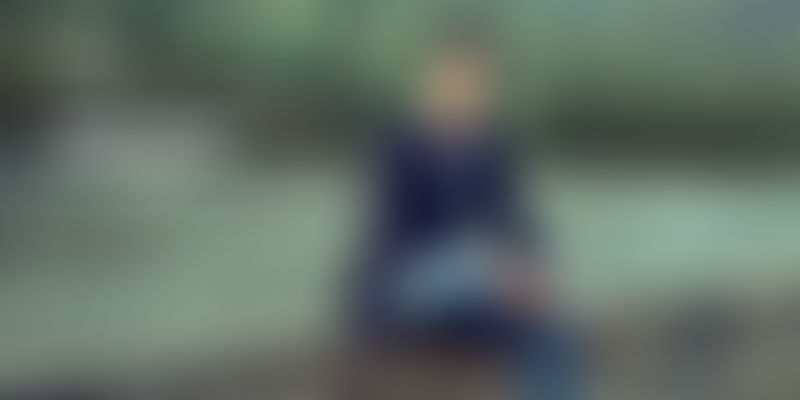 When the Kashmir region suffered disastrous floods last September, Danish Mir had to shut down his venture, Kashmirbasket.com, owing to huge losses. He then restarted it in May 2015 and worked on getting new and fresh products and building a new website interface.

Even though our website was shut, the spark still stayed on and we rebuilt the site. Meanwhile, I started a WhatsApp group for offline sales and it has become a good marketing tool for me bringing in sales as well.

When Danish, was pursuing his bachelor in Pune, he observed that people who have an appetite for Kashmiri products pay huge amounts of money to get them delivered. He happened to meet people fascinated by Kashmir’s natural beauty, traditions and culture of Kashmir and always received long lists of goodies he was to bring back.

This got him thinking. Though Danish was very keen to start his own venture, he needed experience first. So he joined Wipro where he gained enough experience to develop business acumen. Hailing from a middle-class family, he did not have enough money to set up his venture but his family and friends helped him a great deal.

Connecting to the manufacturers

Kashmirbasket works with small-scale industries, giving them a source of income and recognition in the market. The startup has more than two manufacturers for each category. To maintain stringent product quality, Danish himself makes all inventory purchases.

We derive satisfaction in providing original and hygienic products to our consumers, at the best possible rates. Through www.kashmirbasket.com, we receive good feedback from our customers. We are expecting the traction of at least to 80 to 100 orders a month .Since the products are procured locally by me, I can offer the goods 20 per cent lesser than the commercial market value.

Once Kashmirbasket was up and running, Danish started his second venture Go Kash Adventures last month. Having had a passion for travel from his childhood, Danish helped friends and colleagues plan trips to Kashmir.

Instead of waiting for loans to be approved for my venture, I visited Jammu and Kashmir Tourism Department which helped me out with a list of places to explore in order to have a deeper understanding of the tourism industry. My intention to start Go Kash Adventures was to offer affordable travel packages and services. It took me all of six months to come up with the best adventure and travel packages.

Danish runs both his ventures with a team of only 15 people because he believes that a dedicated few are enough to run the business with ease. Danish says that in its launching month itself, Go Kash Adventures crossed revenue of Rs 6 lakhs with more than 100 customers. As a part of its awareness campaign, Go Kash Adventures is going to organise photography workshops for all the photography enthusiasts around the world.

According to Danish, of the two ventures, Go Kash Adventures is generating significant revenue. For both the ventures, he is expecting consolidated revenue of Rs 60 lakh.

According to India Brand Equity Foundation, Jammu and Kashmir's State GDP in 2014-15 was USD 14.46 billion, while the State NDP was 11.90 billion. The State accounts for 57 per cent of apples and 97 per cent of walnuts produced in India. Moreover, the State has come up with an industrial policy that offers attractive incentives and the facility of single-window clearance mechanism.

With the proliferation of demand for Kashmiri products, the market is set to script a new growth story. The last few years have seen the entry of many online players selling Kashmiri products, drawing attention to the significance of the takers for the products.

YourStory came across some players in this domain namely, Kashmirmarket.com, Kashmirvilla.com, Kashmirbox, Puremart.in, Best of Kashmir.com, Kashmironline.net and Kashmirlife.com. With such players selling similar products, it would be interesting to see how Kashmirbasket.com aligns its marketing policy to gain a competitive edge.