Kusum Bhandari, the only practicing Montessorian in Kolkata is a woman of diverse talents 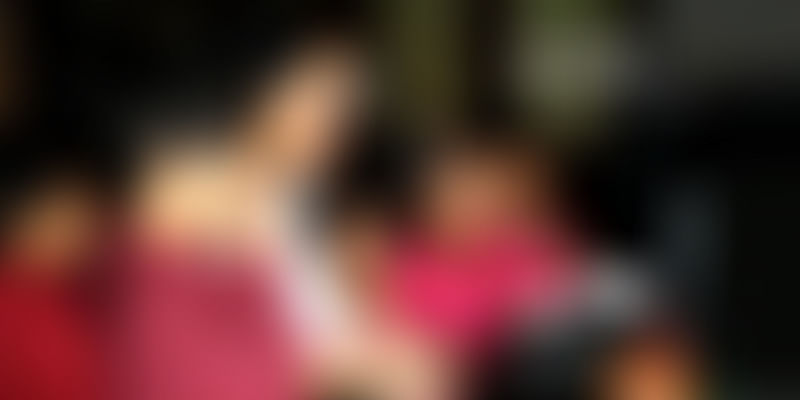 She is an educationist, a photographer, an art lover and an astrologer. The face behind Montessori Bal Nilaya, the school which pioneered Montessori Education in West Bengal, Kusum Bhandari is the only practicing Montessorian in town.

“After my graduation I joined a play school and started getting Montessori training too. It was during that time that Madam Montessori’s organisation in India, Association Montessori Internationale (AMI), was

visiting Kolkata. I took one of courses offered by them and was directly trained by Mr. Joosten, representative of Maria Montessori. I was also introduced to my would be mother-in-law and founder of Bal Nilaya during my training days. After the training I got married and took charge of Bal Nilaya in 1976,” recounts Kusum Bhandari.The Montessori movement in Kolkata started in the premises of the same building that houses Bal Nilaya today and Mario Montessori, son of Madam Montessori visited the school in the 70’s.

“Once in charge of the school, I learnt a lot about teaching and learning and also about child psyche. Over the years it has helped me in dealing with my students,” informs Kusum.

Today Kusum Bhandari is a noted educationist, who has dedicated her life to the cause of furthering access to quality education for all sections of society. In a career spanning over 4 decades, Kusum has evolved from being a creative educator to being a forward-thinking educational administrator-entrepreneur, educational visionary and educational philanthropist. She has pioneered several educational innovations such as the introduction of tailored computer intensive education at the pre-primary level.

In addition to running the Montessori House, Kusum has been an active researcher, keenly involved in analysing a number of pertinent educational issues, such as the importance of early childhood education in human life and the role of Montessori in Pre-Primary Education. With a vision to ‘Contribute towards Sustainable Human Development’, Kusum Bhandari also started the UNESCO Club of Eastern India some twenty years ago.

The shutterbug in her

A passionate human being to the core, Kusum Bhandari’s interests are varied. While Montessori education is her primary interest and area of specialisation, after four to five years of sheer dedication and hard work at Bal Nilaya, she decided to explore other dimensions of life.

Fiddling with a relative’s camera and taking random shots was the beginning of my career as a photographer. As my shots got appreciated I thought of taking it more seriously. It was then that Kolkata was hosting a National Congress Session and Prime Minister Indira Gandhi was in town. My passion for photography egged me to attend the conference and take photographs. Acquaintance with some local Congress men helped me get the pass which allowed me to the inner chamber of Netaji Indoor Stadium, the venue of the conference. My photographs of Mrs. Gandhi at the meeting were carried for three continuous weeks by Illustrated Weekly and also by some vernacular papers,

informs Kusum who has also done a course in photography from Harvard.

In 1985 she went for the annual Kumbh Mela and after returning did a solo exhibition of her photographs at Padatik Hall. The exhibition was inaugurated by the renowned film maker Mrinal Sen. Later on she

Kusum is also a self-confessed student of astrology and writes a column on it for the weekly Sunday magazine, Graphiti of The Telegraph. Kusum has also pursued the study of Astrology, particularly in its modern and scientific forms. Starting off as a curious student, she discovered the potential of the subject, and has now taken astrology beyond day-to-day prediction, towards the discovery of one’s inner self. For her study, she was awarded the Degree of Doctor of Philosophy in Astro-Medico Sciences from the Council of Alternative Systems of Medicine.

A die hard fan of Haruki Murakami, she has read all his novels and continues to read them over and over again. Bengal art is another area which is of great interest to her and she harbours a deep connect with nature as well.