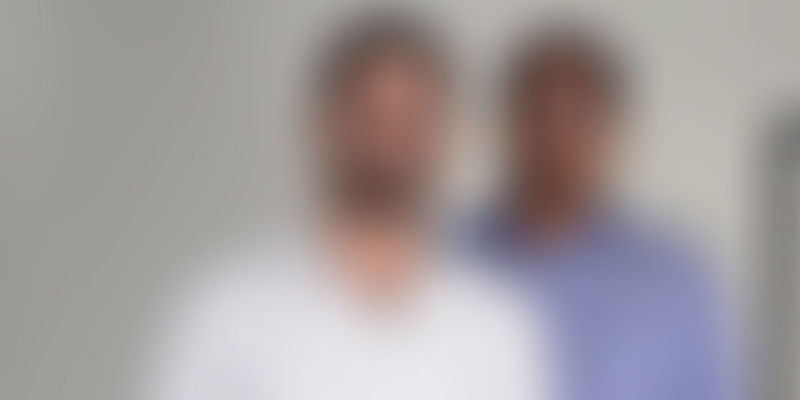 It was an itch – quite literally—that made Ankit Khurana start MyDermacy.

“I travelled a lot and was always lazy to go to a dermatologist when I had a problem. During one such trips I realised I had a socks rash (Dermatitis) and thought to myself ‘I wish I could take a picture and get a doctor’s opinion’,” he says.

Using those very same lines, Delhi-based startup MyDermacy, today, promotes itself as a platform where people can “get help for their skin and hair with just a selfie.”

The reason the founders chose dermatology was because Ankit, a biomedical graduate from Case Western University, Ohio, had spent almost a decade in the skin care space. His network already had many dermatologists. On the other hand, Kuber, a business school graduate from Columbia Business School, brought in the necessary acumen for business management.

In 2013, when Ankit, and his co-founder and CTO, Kuber Sharma, decided to start MyDermacy, they planned for it to be an e-commerce website for high-end skin, hair and sexual wellness products.

Like most other startups in the ecosystem, they decided to pivot and make it an online skin clinic. (Read more: What are the indications that a startup needs to pivot?)

“We were excited about the e-commerce website, but eventually we felt that skin advice was a much bigger market, and we could be the first ones in India if we started it soon,” says Ankit.

With a couple of tens of lakhs investment, they launched the chat-based consultation platform in May 2015.

According to a Frost & Sullivan report on the skin care industry, published in 2014, it was projected that about 19 crore people were likely to suffer from skin diseases in India by the year 2015.

The report also suggested that the skincare segment had shown tremendous growth and would become a potential investment area for players in the coming years.

It has also been reported that there are only 7,000 dermatologists across the country. This means that for every one lakh people, only 0.49 dermatologists are available in India, as opposed to around 3.2 across the United States.

MyDermacy is trying to bridge this gap. The virtual skin clinic, with a network of over 150 dermatologists from India, has these doctors answering skin, hair and sexual wellness-related questions on an asynchronous chat.

Most dermatologists on the platform charge between Rs 300 and Rs 1,000, depending on their experience. This platform, which is part of the Business World Accelerator, has answered queries from almost one lakh unique patients every month in the last three months, and 90 per cent of them are from India.

“Nothing is a weird query because the platform is for people to open up on their ailments, but some of them are admittedly funny. We have a lot of our users asking stuff like ‘I’m getting married tomorrow and I have a pimple, what should I do?’ or ‘I have a wart on my genitals and I’m planning to get married soon, can I send you a picture, please help me’,” says Ankit.

Why the platform stands out

Though most other virtual hospitals offer video consultations, Ankit does not think of that as a value add.

“We don’t need videos because skin doctors are usually trained with images of skin conditions. Only tele-radiology and tele-dermatology can comfortably follow the ‘store and forward’ method, while platforms in other fields in tele-medicine can only be used for second opinion,” adds Ankit. (Read more: Doctors bet on telehealth)

Store and forward technologies allow for the electronic transmission of medical information, such as digital images, documents, and pre-recorded videos through secure email, SMS or other secure chat applications.

Apart from providing consultations with dermatologist, MyDermacy provides content to keep doctors abreast of advancements in the field, and also has a comprehensive list of dermatology-related clinics, just in case patients want to know.

“The difference between MyDermacy and the dozen other virtual hospitals in India is that we are a complete ecosystem for dermatology, and aesthetic care. Our platform facilitates patient-doctor interactions, doctors-technology suppliers’ interactions, as well as service providers-brands interactions,” says Ankit.

The platform competes with different startups in different verticals in the doctor consultations space, such as Lybrate, iCliniq, HealthcareMagic, AskADoctor, HealthEMinds, MediAngels, HelpingDoc and Practo. There are rumours that Practo will soon launch online consultations.

However, there are only about half a dozen global players, including FirstDerm, Klara, Dermatologistoncall.com, and RealSelf, which directly compete with MyDermacy.

As far as future plans go, Ankit and Kuber will be working on building general awareness on dermatology and sexual wellness, and reaching out to smaller cities with their platform.

“When someone from a Tier 2 or Tier 3 city asks ‘Where is my closest dermatologist?’ we hesitate to suggest a clinic that is 150 km away, so we just tell them who to talk to. We soon want to make these doctors available to them in person,” says Ankit.